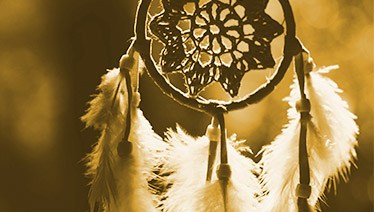 In 1987 the Cabazon and Morongo Bands of Mission Indians won a Federal Appeals Court lawsuit that gave them exemption from state gambling regulations for gaming activities that take place on tribal lands. The decision was upheld by the United States Supreme Court, opening the way for Indian tribes to open casinos on their native lands.

Today there are dozens of native American casinos that operate around the United States. They offer a wide variety of table games, slots, bingo and other gaming adventures. To date, none of these casinos offer online casino gaming but the door has been opened for such opportunities through recent judicial approval for sports betting activities including sports betting apps.

Two of the latest advances in tribal casino gambling involve the Ponca tribe in Nebraska and the Mashpee Wampanoag tribe in Massachusetts.

The Flower Casino is being built on 5 acres of land at Ninth Street and Avenue H, about 3 miles north of downtown Omaha. It will include 9500 square feet of gaming floor space and there will be 200 slot-style machines, a snack bar and a full-service bar. At this time, no table games will be included. Tribal spokesman Jimmy Centers said that plans are not firm for when and how the expansion will take place but he does expect that the expansion will occur soon. The casino is scheduled to be open for people 21 and older 24 hours a day, seven days a week.

The tribe plans to use profits from the casino to support services and programs for tribal members. These include a health clinic near Ralston, continuing education, land preservation, job training and development of cultural arts. The tribe will also contribute to the City of Carter Lake police department, fire department, EMT service and other community organizations. Centers says that the tribe now counts a membership of more than 4,200 people. Half of the tribe members live in Iowa or Nebraska.

According to Centers, the name of the casino is meant to honor the daughter of Standing Bear who was a a 19th-century Ponca chief. Prairie Flower died when the federal government forced tribe members from their home and sent them on the Trail of Tears to a reservation in Oklahoma. Prairie Flower was one of nine members of the tribe who died along the way.

After her death, Standing Bear gained fame when he faced the government is a U.S District Court and argued that Native Americans should be considered “persons within the meaning of the law.” He won.

Land in Knox County was returned to the Poncas in 1881. The tribe split between its members in Oklahoma and  in Nebraska and in 1966 the federal government terminated the Northern Poncas in Nebraska. In 1990 the government restored its official recognition of the Ponca Tribe of Nebraska.. The casino opening will coincide with that commemoration.

Wright said ““Our people lost not only land and holdings, but our culture and language, because of forced assimilation. This will go a long way towards helping and bridging those gaps.”

The casino is firmly opposed by the legislatures of the states of Nebraska and Iowa and by the nearby City of Council Bluffs. The three bodies filed lawsuit to stop the casino’s construction, arguing that the  National Indian Gaming Commission violated state law when they gave permission to the Poncas to build on their land. They argue that the land had been acquired only recently.

There are already three gaming facilities that operate in Council Bluffs and the city receives about $3 million in fees and taxes from those sites. They are concerned about the competition from the new Prairie Flower casino.

Tribal spokesman Wright said that the tribe has held hiring fairs in an effort to recruit about 100 employees for the casino. At present approximately 20 percent of the new employees are tribal members.

“Casinos aren’t a panacea, but they’ll help us to diversify and be self-sustaining,” Wright said.

The Mashpee Wampanoag tribe is involved in a legal fight for tribal land in Massachusetts and the possible implications are causing powerful casino operators to become involved. The fate of the tribe’s 321-acre reservation is hanging in the balance as attorneys and lobbyists for both sides converge on the halls of Congress to influence legislation that, if passed, would declare the tribe’s reservation lawful. Such legislation would reverse findings by the U.S. Department of the Interior and a federal court judge and settle a successful legal challenge brought by neighbors of the tribe’s proposed resort-casino in Taunton.

If the legislation, which was introduced by U.S. Rep. William Keating, D-Mass. passes, the project would get a green light and end any questions about the legality of the tribe’s trust lands.  Mashpee Wampanoag Tribe Chairman Cedric Cromwell says that the legislation is a pivotal piece in the tribe’s fight to protect its sovereignty. “I’m asking people of goodwill and those concerned with justice for the indigenous people of this — the first Americans — to stand with us in calling on Congress to protect our reservation and ensure we don’t become the first tribe since the dark days of the Termination Era to lose its land.”

Cromwell is urging Congress to support the bill. He says that there’s grave and unprecedented danger threatening the tribe which has expended significant resources over the course of several decades pursuing federal recognition and trust status with the government.

The tribe has been challenging a Department of Interior decision that said that the tribe wasn’t under federal jurisdiction in 1934, the year the Indian Reorganization Act became law. Now the tribe finds itself dependent on congressional Republicans to support the wishes of the all-Democrat Massachusetts delegation.

The Rhode Island congressional delegation is also opposed to the bill. The state wants to protect its gambling revenues from the casino development which is scheduled to be built close to the Massachusetts/Rhode Island border.

The tribe’s fight is being backed by Genting Malaysia. Genting has spent more than $1 million on lobbying as the developer tries to get the project off the ground. Genting also paid the law firm Dentons US more than $1 million to lobby on “casino development and land related issues” this year.

Chicago-based casino magnate and billionaire Neil Bluhm is leading the opposition. Bluhm is  backing a proposed casino in Brockton through Mass Gaming & Entertainment. His casino proposal was denied by the Massachusetts Gaming Commission in 2016 but Mass Gaming is asking for reconsideration of its proposal. Its chances are better if the Mashpees don’t develop their own casino project and Bluhm’s principal owner, Rush Street Gaming, has thrown hundreds of thousands of dollars behind an effort to influence regulators and lawmakers on federal and state levels.

In Taunton and Brockton, politicians and community leaders have come down on opposite sides of the issue. Taunton Mayor, Thomas Hoye Jr., supports the tribal proposal while Brockton Mayor, Bill Carpenter, wrote to Ryan Zinke, Secretary of the Interior, decrying the department’s “prolonged delay” in issuing a decision with respect to the tribal proposal,

Heather Sibbison, legal counsel for the tribe and a registered lobbyist for Dentons calls for a quick decision that will honor the tribe’s rights to its own land and recognize the land’s “profound historical and cultural meaning.”

Sibbison said “But for almost everyone else on the other side who is working to disestablish the tribe’s reservation, this is just a big, huge fight over casino market share,” she said. “If it loses its reservation, it loses its school, its ability to provide basic social services; it loses its fundamental right to have land on which it can engage in true self government.”