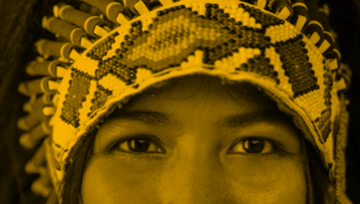 The Supreme Court ruled that Native American tribes have the right to operate casino sites in states where casino gambling is legal. That hasn’t stopped the states from using other means to try to prevent tribes from opening casinos.

Luckily, online casinos, like our own Grande Vegas Online Casino, have been left out of this boiling pot - for now.  But it's important to "know the news" in the industry.

Two Native American tribes have been fighting the State of New Jersey to recover the recognition that they had until 2012 that would allow them to open various businesses on their native lands. The Nanticoke Lenni-Lenape also lost recognition in that same year but they recovered recognition in 2018.

The Ramapough Lenape tribe and Powhatan-Renape nations have been battling the state to reinstate recognition. One of the major reasons that the state delayed the Nanticoke Lenni-Lenape tribe claimed in their lawsuit, was that the state feared that the tribes would build casinos on their native lands – casinos would compete with those run by large casino operators in New Jersey’s major cities.

New Jersey gave official recognition to the three tribes in 1982 but rescinded it in 2012. The tribes trace their history back 12,000 years. They say that they lived in the region alongside American settlers since the early days of colonial America.

According to the state, although the legislature acknowledged the tribes in 1984, the Legislature’s action didn’t amount to official recognition because only Congress has the authority to recognize tribes.

The state filed a brief that stated that its legislature’s action and other statutes that mention the Nanticoke Lenni-Lenape by name “reflect a designation that the Nation and certain other purported American Indian tribes exist in New Jersey. These actions, however, cannot be viewed as a formal recognition of the status of these tribes as independent and sovereign political communities with defined territory.”

The tribes began negotiations with the state in 2012 when the state rescinded recognition but were unable to resolve the issue. In 2015 they filed suit, saying that lack of state recognition affects their ability to sell their crafts – walking sticks, headdresses, regalia, drums, beadwork, pottery, and regalia – as “Indian made.” This affront to members’ income, they say, could cost tribe members hundreds of thousands of dollars every year.

Although state recognition would give them the legal right to operate a casino on their native lands, the Lenape tribe has long opposed such a notion. Tribal leaders clearly state that they are not interested in pursuing casino operations.

“The vast majority of tribes in this country do not have and, in fact, do not want gaming,” Greg Werkheiser, the attorney who is representing the tribe in their struggle with the state, affirmed.

However, they want to determine that for themselves.

The state settled with the Nanticoke Lenn-Lenape tribe in November 2018 and this week they reinstated recognition for the Ramapough Lenape tribe and Powhatan-Renape nations. According to state attorneys, the recognition means that they can sell traditional arts and crafts labeled as “American Indian-made.” Members of these tribes will also be entitled to receive grants, scholarships and other services through the U.S. Small Business Administration, the U.S. Dept. of Housing & Urban Development, the U.S. Department of Health & Human Services, and the Indian Arts and Crafts Act of 1990.

It remains to be seen whether either the Ramapough Lenape tribe or the Powhatan-Renape tribe will pursue their rights to open a casino. If so, the issue will return to the courts.

The United States Senator Lindsey Graham introduced federal legislation that would allow the Catawba Indian Nation to build a $560 million casino resort on a plot of borderland in North Carolina. Graham, a Republican senator from South Carolina, co-sponsored the bill with North Carolina legislators Richard Burr and Thom Tillis. If the bill passes the tribe will be authorized to purchase the land which will be held in trust to allow it to build its casino.

The Kings Mountain proposal involves a proposed site in Cleveland County near Kings Mountain. It’s located approximately 30 miles from Charlotte North Carolina. Tribal leaders have been in talks with the Hard Rock chain of hotels and casinos as well as the federally-recognized Seminole Tribe of Florida which operates casinos in Florida.

The Cherokee nation released a statement in which it described the proposed legislation as "unprecedented in United States history". They said that the measure "circumvents the existing process for the Catawba Indian Nation to acquire lands in South Carolina’ and is simply ‘a federal government bully tactic that should not be part of modern governing".

“The Eastern Band of Cherokee Indians’ centuries-long North Carolina tradition has created a lasting partnership with the state to provide a strong future for generations through health care, education, and business. We encourage the Catawba Indian Nation to go through the same process in its home state of South Carolina that the Eastern Band of Cherokee Indians did in North Carolina to build its business; to develop its on-reservation economy as it should be, in its community. Doing it the right way will ensure it is able to take care of its members and support its local community as we’ve done for years in North Carolina.”

The Catawba Indian Nation considers all of South Carolina as well as a number of counties in North Carolina to be part of its ancestral lands. They note that their ancestors fought in the American Revolutionary War alongside Patriot militias against British forces in a 1780 battle that was conducted only a few miles south of the land that it plans to take into trust for the casino development.