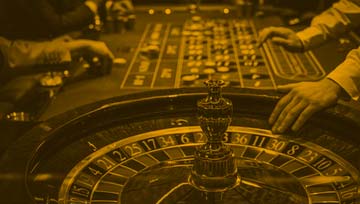 Tribal gaming in the United States is booming. According to the National Indian Gaming Commission, Indian gaming, including Indian online casinos, brought in a total of $33.7 billion nationwide in 2018.  That’s an increase of 4.1 percent over 2017.

Analysts expect that number to surpass $35 billion in 2019. The Commission says that the 2018 figures were the highest in the industry’s history. Every administrative region within the commission showed positive growth.

The biggest increase in tribal gaming revenue occured in the Portland region which led the way with an 8.2% percent increase. The Oklahoma region was next with a 7.2% rise and the Phoenix region, where Navajo casinos are located, went up by almost 4 percent. Those numbers don’t include hotel or restaurant revenues.

Currently, 241 tribes in 29 states offer some type of gaming entertainment. Kathryn Isom-Clause, vice chair of the commission, said “These numbers reaffirm the industry’s health as a stable economic driver for Indian Country.”

With the legal backing of the U.S. Supreme Court, tribal gaming grew quickly in the '90s and early years of the 21st century. By 2005, revenues  reached more than $22 billion. Tribal gaming accounted for about 25 percent of all legal gambling  occurring in the United States. Income from gambling on Indian land equaled the amount being generated by the country’s aggregate state lotteries.

Federal law mandates that Indian casinos contribute a portion of their annual revenue to state-controlled trust funds. The funds from these trusts are then distributed to local communities and are used to offset costs related to the subsidiary costs involved in the operations. They included maintenance or expansion of transportation, sewage and electrical systems, infrastructure work, the need for increased police or traffic patrols and tratment for gambling addiction.

There are also funds set aside to assist tribes that do not have gaming operations.

Indian gaming operators who have experienced the greatest success are those that are near major urban areas. However, many reservations are located in remote locations and they generate less revenue. Members of tribes who run successful casinos enjoy better access to health, education and cultural activities. Other tribes have not done well.

Therefore, it's incorrect to say that Indian gaming has made a big economic impact on the Native American population of the United States. U.S census data indicates that, overall, Native Americans are still the most impoverished and underprivileged minority community in the U.S.

Ever since the Seminoles opened their first casino in 1979, Indian gaming has been at the center of legal and political controversies.  Many question whether the unique legal status of Indian tribes allows them to own and operate businesses that are not open to other American citizens.

Gaming tribes must confront other issues as well, including the morality of gambling, especially on reservations where tribal members often fall victim to gambling addictions, and whether the tribes have the business background and knowledge to run such complicated businesses.  Some members of the tribes have also brought up the question of whether engaging in entrepreneurial capitalism, in the tribe's name, undercuts indigenous ethnic identities and whether operating a business based on a questionable moral base is a desirable addition to a local economy.

The unique legal status of Native American Tribes was first addressed in 1831 in Cherokee Nation vs. Georgia.  In that decision, the U.S. Supreme Court decreed that tribes were to be awarded the designation of "domestic sovereign nations."  This meant that the federal government was responsible for their continued political viability. This related to Native American religion, education, politics, economics and other aspects of indigenous life.

To facilitate this responsibility, the government created the Federal Bureau of Indian Affairs, under the auspices of the Department of the Interior. Based onn the Cherokee Nation vs. Georgia ruling, when the question of tribal casinos arose, the U.S. government, which holds ultimate control over tribal matters, gave state governments the ability to negotiate contracts (compacts) with tribes in their jurisdictions to provide the tribes with the authority to establish casinos.

The compacts allow states to take a percentage of casino profits (10 – 25 percent). The compacts are the source of animosity, with tribes arguing that states treat their casinos as a source of "free" revenue that is used to offset budgetary deficits  and non-native Americans expressing outrage over the preference given to the tribes.

In general, the courts have supported the tribes in their efforts to establish, operate and expand casino operations. Some native communities have become economically independent as a result of the casinos and this has led to community building and political empowerment. There are still numerous opponents who say that the unique legal status of the tribes in the matter of casino gambling is unfair and punishes the majority of Americans because of judicial history.

Two successful gaming tribes include the Navajos and the Mohegans.

The Navajos have 4 casinos and they reported a profitable 2018. Brian Parrish, the interim CEO for the Navajo Nation Gaming Enterprise said that the tribe's gaming enterprises have made a profit every year since they began running gaming venues. Navajo operations at the Northern Edge and Fire Rock casinos bring in between $19 million and $21 million each quarter. These figures include salaries and expenses. The tribe also runs two smaller casinos, one in Hogback and a second in Twin Arrows Those two casinos are struggling but are making enough to pay expenses.

The Navajos are anticipating sports betting coming to Arizona and New Mexico which will boost their income.  Introducing sports betting will not cause a big increase in operational expenses, meaning that a good portion of that revenue will be pure profit.

Navajo figures show that, as of last year, their gaming operations have already put more than a billion dollars into the area economy. This includes both direct and indirect effects – purchases of Navajo products, salaries, infrastructure improvements, etc.

The Mohegans have created something of a gambling empire along the Eastern seaboard and now they are going west in a big way.  The tribe is preparing to open the first tribal casino in Las Vegas, taking over the newly renovated Hard Rock.  Virgin Hotels is partnering with JC Hospitality to relaunch the Hard Rock Hotel as Virgin Hotel.  Virgin is headed by Richard Branson who is best known for starting Virgin airlines. The Mohegans operate two casinos in Connecticut, the Resorts Casino in Atlantic City and the Sun Pocono Casino in Pennsylvania.

Mohegan interim chairman James Gessner Jr said "this new and exciting relationship brings together two ‘Best in Class’ organizations and continues the Mohegan Tribe’s tradition of blazing new trails for others to follow.”

CEO Mario Kontomerkos commented that “entertainment for us is probably one of our biggest calling cards. We’re one of the biggest providers of headliner entertainment in the industry with more than 1,500 shows per year. You can imagine that the fact that there’s a very successful venue there for concert entertainment is very appealing to us, so I think you’re going to see more of that concert entertainment as we play a part in this.”

Mohegan expects that their international exposure will help attract customers to Las Vegas through the company’s Momentum Loyalty card program. “We’ve got access to very affluent and very mobile demographics, global demographics,” Kontomerkos said. “When you add that together with Virgin, which also has a very significant, similarly positioned database with all its businesses, I think you have a very powerful opportunity to drive some new visits and new customers into Las Vegas to this property.”