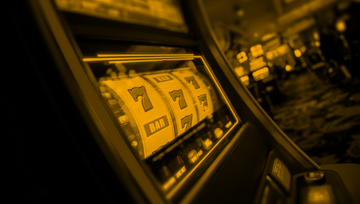 OK, so you enjoy playing your online casino games at Grande Vegas - who doesn't?!?  All is great for online games.  But once in a while you want to pack your bags and head off to a real casino.  Whether it be for some excitement, as part of your vacation or for a bit of R&R, you probably have hopes of going home with more money than you had when you arrived.

Casino patrons often promise themselves that, as soon as they’ve won a bit, they’ll stop gambling and leave. But players need to be aware that they’re competing against psychological masters whose ultimate goal is to keep them in the brick-and-mortar casino, gambling.

The land-based casino operators spend countless funds on hiring top psychologists and other behaviorists to teach them how to manipulate their players. It’s not possible to manipulate online players in this way, just gamers who are physically present in the casino.

Some of the methods of manipulation are simple and some are more complex. But all of them aim to keep the player in the casino. Statistics say that the longer you play, the more chance you have to lose more money. You won’t notice these tricks unless you know what to watch for. Here are some of the more creative strategies that casinos use to keep the players focused on their games.

It’s known that, the higher the levels of oxygen in your body, the more awake and alert you become. Some theorists even believe that we yawn because our tired body is trying to get in more oxygen (though that hasn’t been proven).

At any rate, casinos have a vested interest in keeping you awake and alert. They want you to stay and play, not go back to your hotel room and go to bed.  Believe it or not, many land-based casinos pump additional oxygen into the gaming room from pressurized tanks.  They do this so the gamers feel fresh and awake with the goal of keeping them gambling on the casino floor.

There are even reports that some casinos release pheromones into the gaming rooms.  Pheromones promote feelings of comfort and euphoria which feed on the addictive nature of gambling to keep players on the casino floor.

Do you think that the nice waitress who is hovering behind you, plying you with food and drink, is concerned about your well-being? Think again. She doesn’t want you get hungry since hungry people go looking for food – and while they’re looking for food, they’re not gambling. And the drinks? The more alcohol in your system, the more likely you’ll be to make rational decisions, like “I’ve lost enough. It’s time to call it a day”.

The casino isn’t being nice when they give you all that free food and drink. They want you to stay at the tables and bet while you THINK that you’re getting free amenities, which may make you even more generous in your betting.

You’ve never seen any clocks in the casino, right? That’s because the casino is trying to create an atmosphere where time has no meaning. The music never stops, the lights never dim and there are no windows so you can’t even see whether night has turned into day or day has turned into night.

The casino is doing everything possible to keep gamblers gambling and that means that they don’t want them to remember that they have responsibilities or a life outside the casino. The idea is to keep everything flowing so the gamers aren’t distracted in any way.

Does the casino seem like a maze to you? That’s because that’s exactly how it’s meant to seem. Casinos are designed to make the layout as confusing as possible. They have disorienting pathways and they make it hard to locate landmarks.  They want you to get lost so it makes it hard for you to leave. The casino wants you to pass by as many enticing distractions as possible on your way out so that you’ll stay and play a bit more….then a bit more….then a bit more…..

How many times have you heard a gamer at the casino say “I almost had it!”.  That’s because the casino wants you to feel that you came VERY CLOSE to winning. Then, the casino believes, you’ll want to give it another go!

There’s nothing worse than almost winning. Therefore, many of the games are designed to keep the wins at a level of “almost.” Slot machine symbols fail to line up by just one symbol and other video machines pay out small payouts while that big jackpot remains a tantalizing close reach away. The casinos exploit the pull of near wins in order to persuade you to give it just one more try.

Background music with defined beginnings and ends would allow gamblers to unconsciously chart the flow of time, but no music at all would permit patrons to become aware of their environment. If they were to hear all the little noises of the staff and of other gamblers they’d return back to reality from their gambler’s fantasies and realize that they are rapidly running out of cash. Casinos loop a constant mild music as the background to bring the gambler into a trance-like state where nothing is important but the game.

One last cashier’s trick – the cashier will give you large bills.  That way, if you play one last game, you’ll be likely to use a larger denomination bill for your last hurrah.

Casinos try to give players the illusion that they’re in control, at least at some of the games, so that they’ll feel that they’re the decision-makers and won’t see that the casinos is pulling one over on them.  For instance, in some types of poker and blackjack, you make the decisions about when to take another hit and when to exchange cards. In craps, you roll the dice. Even on the slots, which is the most random game possible, you trigger the spins. That makes you think that you’re in the driver’s seat and that your skill can determine whether or not you win.

ATMs are all over the place and are easy to find.  As noted before, it’s hard to find the cashier’s desk, the exits and even the bathrooms.  But you can’t miss the ATMs.  ‘Nuff said.

Why do you play with chips at a casino? Why not with money? Chips seem like colorful toys and when you’re using them you don’t have the feeling that they have any significant monetary value. That makes it easier to gamble them away than if they were dollar bills. It’s a little thing but it works well for the casinos.

All these are very good reasons to stick to online casino game play.  No tricks - just good, plain fun.