All You Wanted to Know about Trump Casinos 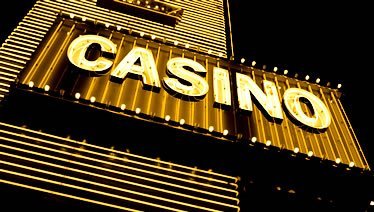 All There is to Know about the Trump Casinos

Donald Trump has been starring in the headlines for quite some time now, mainly for political reasons and the scandalous Trump ads that angered the masses. However, since the president is already in the spotlight, it brought other details about Trump to the attention of the public.

One of the most discussed things about Trumps’ background is his experience in the business world, including the various Trump casinos that were running till a few years ago.

If you are interested in knowing more about the acting president of the United States and his ventures into the gambling world, you can read on and gather all the most important details regarding Trumps’ casino businesses.

Trumps’ involvement in the gambling industry began in the mid 80’s, and surprisingly, it lasted for three decades. Although Trump planned on venturing into this new territory alone, he co-owned his first casino with Harrah’s gaming unit.

The casino they built in Atlantic City, which was a part of the Trump Plaza, didn’t do well and the poor results caused the partners to part way. This is how Trump became the sole owner of the entire complex in 1986.

The casino did well till 1990, when the Trump Taj Mahal opened nearby, providing the property with competition it wasn’t prepared to withstand. The casino switched hands in 1995, but it didn’t go far since Trump simply transferred the ownership to his publicly traded company, named Trump Entertainment Resorts. Since 2011, the company tried to sell the casino to no avail, so it closed its doors in 2014.

Trumps’ history began at the Trump casinos in Atlantic City, but it certainly wasn’t the last we heard about the tycoons’ association with the gambling world. The Trump Entertainment Resorts Company had 29 different casinos in possession, spread all over the country: you could visit Trump casinos in Indiana, Coachella, and in various locations in New Jersey.

Although Trump had constructed a hotel complex in Las Vegas, a casino was not included – even though there is nothing more natural than opening a gambling venue in the City of Lights. But even though you won’t be able to find any Trump casinos in Las Vegas, you still have the hotels to visit and enjoy if you ever want to stay in a walking distance of all the gambling venues in Vegas.

If you are interested in visiting such an establishment in the future and you’re wondering “what is the closest casino to me?” - Your Google search probably won’t produce any results relating to Trump casinos since most of them were closed down by now. However, there are other land-based casinos you can visit if you want to have fun.

Trumps’ Involvement in the Gaming Industry

Since the businessman and tycoon decided to run for president, Trump made sure to sever all ties with the casinos he used to own. It’s been years since Trump had anything to do with the Trump Entertainment Resorts Company, and it would likely stay that way for the near future.

Even though Trumps' connections to the industry are no longer relevant, people keep bringing the subject up, and it looks like the public won’t forget about Trumps’ previous endeavors anytime soon.

There is a lot more that can be said regarding Trumps’ involvement with gambling, and we only provided you with a short recap to help you make sense of the information overload you can find on Google. If you want to learn more about Trumps’ history, you have quite a task on your hand, but it will be a fun one!