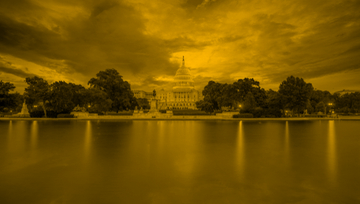 One of President Trump’s latest tweets has caused an obscure bill to be pulled from the House floor after House Republicans indicated that they would follow the president in opposing the bill. Trump tweeted “Republicans shouldn’t vote for H.R. 312, a special interest casino Bill, backed by Elizabeth (Pocahontas) Warren. It is unfair and doesn’t treat Native Americans equally!”

The bill in question would have put Massachusetts land into a trust for the Mashpee Wampanoag tribe which would give the tribe the ability to develop a planned $1 billion casino that would feature online pokies, slots, table games and, perhaps in the future, sports betting.

Last year the Interior Department overturned an Obama-era decision that allowed the trust to be established. Warren, who represents Massachusetts, submitted a bill to the House which would have reactivated Obama’s original decision. The House Natural Resources Committee  approved the bill 26-10 and the bill was put on the fast track for a vote this week. But Trump’s tweet sent a message that Republicans would not favor the bill and it was pulled.

The Mashpee Wampanoag is one of two federally recognized tribes of Wampanoag people in Rhode Island and Massachusetts. Their tribal lands include land on Cape Cod and on Martha’s Vineyard. They are historically a coastal people and once controlled a large swath of land that was rich in natural resources.  It was the Wampanoag who came to Plymouth Rock to greet the first English settlers in 1620.

Settlers started to confiscate the tribes’ land even before the Revolutionary War. In the early years of the nation, the government installed its own governing bodies to rule over the tribe’s members. Over the years the Wampanoag lands were taken over by white settlers and the Mashpee were eventually incorporated into a town.

The Mashpee Wampanoag Tribal Council was established in 1972 but it took 4 decades until the tribe received federal recognition.  That recognition was finally granted in 2007.Tribal leaders started to pursue a plan to develop Indian gaming with the goal of  generating  revenues to help the tribe take care of tribal members. As part of the tribe’s negotiations with the state to obtain a license to develop a casino in Taunton, the Mashpee and the state reached an agreement that, in exchange for the license, the tribe would give the state 17 percent of all casino revenue generated. The payments were contingent on the state not licensing another casino in the region.

In 2015 the Department of Interior, under President Obama, took 170 acres in Mashpee into trust as a reservation for the Wampanoag. They took an additional 150 acres for the Mashpee in Taunton. That trust was revoked under Trump who is attempting to prevent the reinstatement of the trust.

It is unusual for a president to weigh in on a bill like this and his involvement raises questions. Observers have pointed out that one of Trump’s advisers, Matt Schlapp, has a lobbying client who has a vested interest in seeing the Mashpee Wampanoag project fail.  Schlapp is married to a White House communications aide. He lobbies the White House and Congress. One of his firm’s clients, the Twin River Management Group, is the casino operator that owns a gambling venue in neighboring Rhode Island. The Rhode Island casino could potentially lose business to any new Massachusetts casino.

It’s not clear, however, that Schlapp was responsible for securing Trump’s support to derail the Mashpee Wampanoag casino. Another explanation could be that Trump was trying to set Warren up for a failure – she has already announced that she plans to run in the primaries for the 2020 election which will likely pit the Democratic candidate against Trump. Also, Gary Palmer, a Republican from Alabama, has been a vocal opponent of the bill.

Warren released a statement after Trump’s tweet which said, “Today’s action by the Trump administration is yet another deal the federal government is reneging on with Native Americans and it underscores why Congress must pass our legislation: so that the Mashpee Wampanoag do not lose their home at the hands of the federal government.”

In the 1930s, the federal government began to recognize native American tribes. Dozens of tribes were excluded from this wave, including the Mashpee. Many of the tribal groups continued to operate as state-recognized tribes but their members were denied certain benefits that the federal government’s recognition offered including health care and education services. State-recognized tribes could also not govern themselves.

When tribes started to enter into compacts with states to run casinos, free from state taxes, state-recognized tribes were not given that option. State-recognized, casino-operating tribes were forced adhere to state gambling reservations (including paying taxes on the revenues). This is one of the main reasons that the Wampanoag Mashpee have fought so long and so hard for federal recognition, including the rights to govern trusted lands.

The Wampanoag Mashpee’s application to take their land into trust and develop the was approved in September 2015. Residents of Taunton, a neighboring Massachusetts town, sued the Department of the Interior. They claimed that the DOI erred in putting Wampanoag Mashpee land and cited Carcieri v. Salazar, which restricted the Interior’s ability to take land into trust on behalf of native American tribes unless the tribes had been recognized by the federal government when the law that created this process was passed in 1934. The court found for the Taunton residents and the DOI reversed its initial decision in 2018. This prompted the Mashpee to turn to Congress to change it back.

Warren’s bill, H.R. 312, was scheduled to go before the House for a final vote along with H.R. 375. H.R. 375 was a bill sponsored by Tom Cole as an answer to the 2009 Supreme Court decision in the case of Carcieri v. Salazar. In that case, SCOTUS confirmed that all federally recognized tribes can have their homelands restored through the Department of the Interior’s land-into-trust process.

Raul Grijalva, who chairs the committee on Natural Resources, commented on the bills’ demise. “We needed significant Republican support to get these bills approved today, and apparently the president tweeting a racial slur was compelling enough to give them cold feet.”