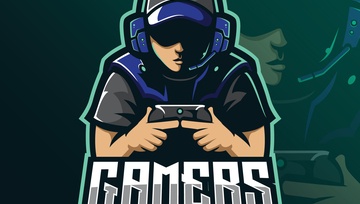 The times...they are a-changing....now here's a 2020 news item not involving any online casino - but no less fascinating!  This article is actually a follow-up to a previous article of ours - a "developing story" as the TV reporters say....

The U.S. Army esports team will be allowed to resume its gaming activities on Twitch after it went offline for several weeks. The team left Twitch for five weeks to reassess following a controversy that involved a follower who was “trolling” the channel about players’ efforts to target young viewers. The follower, Jordan Uhl, was banned by the team after criticizing them for using their esports presence to recruit young teems to the army. Uhl and his supporters started spamming the team’s channel and that prompted the team to ban hundreds of accounts from its Twitch channel.

Following  the bannings, the American Civil Liberties Union called the move a “violation of First Amendment free speech protections.” That resulted in the team taking a break from Twitch streaming in order to establish new policies and procedures that are aimed at ensuring that all users are treated fairly. The military’s Twitch account also unbanned the accounts of Uhl and others who had trolled the channel, even though the team continues to maintain that banning violates no one's First Amendments rights.

Col. Megan Stallings, commander of the Marketing and Engagement Brigade  said, "We decided to unban the users and give everyone a straight shot now that we are coming back online with our new rules and procedures, but we absolutely believe that we banned the users because of their behavior and not because of their viewpoints…..they still will have to comply with the guidelines and rules and the new policies and procedures that will be published on the Twitch channel." She added, "Their behavior must still be in compliance and in line with those because, again, our U.S. Army esports team is out on the Twitch channel to connect America's people to America's Army, and if there [are] select individuals or a few out there who are not allowing for that civil discourse to occur, it doesn't allow for an enjoyable experience for everybody else that is out on that channel."

Stallings added she consulted with Army lawyers in forming a response to a letter that questioned the decision to ban the accounts. The letter was sent by the Knight First Amendment Institute at Columbia University. "There was a letter that was sent back to the Knight Institute and, in the letter, we let them know that we would unban the individuals," she said.

The U.S. military is currently putting a great deal of time and effort into its recruitment efforts and it’s finding that joining the live-streaming esports community is working.

The Army, Navy, and Air Force all field esports teams which stream on Twitch. The teams are, in some ways, regular esports gamers who compete in tournaments for cash prizes. But there’s a difference. The military teams use their online presence to reach out to kids who follow their gaming efforts and chat with them. This gives the players/recruiters a chance to convince their young followers to enlist. So now, instead of approaching a recruiting agent who sits in a recruiting station or even at a table in a high school cafeteria, kids can hang out online with a gamer who is playing their favorite video games while chatting with them about the benefits of a stint in the army.

Critics say that the army esports players are, for all purposes, recruiters. They play games such as Valorant or Call of Duty while chatting with viewers about how great it is to be on the esports Army/Navy/Air Force team. They use the slang and common expressions that young teens use in an effort to encourage young viewers to identify with the military.

Critics say that they target children from disadvantaged or unstable situations, especially kids from poor homes who are seeking steady income. They try to connect with the undocumented who live in fear and vulnerable individuals who are searching for a stable family-like atmosphere. In an environment in which COVID-19 has left people unemployed and unable to pay for basic expenses, the online recruiters are enjoying ripe conditions.

The military’s esports teams focus on military-type games which draws the demographic of young teams that they want to reach. They try to entice the viewers to share personal information and, critics say, use deceptive messaging to encourage those viewers to fill out recruiting forms.

The controversy has attracted the attention of Rep. Alexandria Ocasio-Cortez, D-N.Y. Ocasio-Cortez has tried to add an amendment to the House's fiscal 2021 defense funding bill that would prevent the military from recruiting through streaming but the House voted to block the amendment.

Army officials are pleased with their esports team’s efforts. "We don't specifically tie to contracts because the members of the U.S. Army esports team are not recruiters; their purpose is awareness and outreach," Stallings said. "If someone wants to join the Army, it's generally not a decision that is made off of one interaction."

Lt. Col. Kirk Duncan is the commander of the Mission Support Battalion, the unit that oversees the team. Overall, he said, the team is successful in increasing young people’s awareness of the army. "There have been less than positive aspects that have happened with our esports brand through some of the negative attention that has been brought to the program….I don't know if we have a choice not to be in esports, and what I mean by that is the stats that we have tell us that about 80% of 17- to 24-year-olds either watch video games, play video games or both. Essentially, it's how that age demographic spends their time," Duncan said. "I think it's really important that the Army needs to be in the gaming space."

Last year the army team participated in live gaming competitions throughout the country. They included PAX, East in Boston  and the Penny Arcade Expo. Their exhibition booths drew thousands of visitors. "We are estimating that about 38,000 actually went through the booth and, of that 38,000 [surveyed], 93% of visitors indicated that they had a positive impression of the Army's presence at PAX East," Duncan said.

Following its hiatus from gaming, the army team has returned to Twitch with a new set of procedures and channel policies that will be enforced on all users who violate its channel policies.

Duncan says that the players/recruiters will use the TimeOut function on Twitch to mute someone for up to 48 hours if they are commenting in a way that goes against the channel guidelines. Banning will take place after consultation with multiple army channel personnel. A muted or banned person can appeal their ban.

Stallings says that the new procedures highlight the military’s focus on a layered approach to dealing with critics who show up on Twitch. "Before, the moderators were really trying to answer everything and respond to everything," she said. "Now, there is a layered approach that the moderators are going to take in answering questions or, in some cases, ignoring them….they have learned together and grown and done some training to ensure that they are prepared for potential similar situations to come up."

The military is seeing a high rate of success in recruiting through esports recruiters and, for now, has no plans to abandon the program.