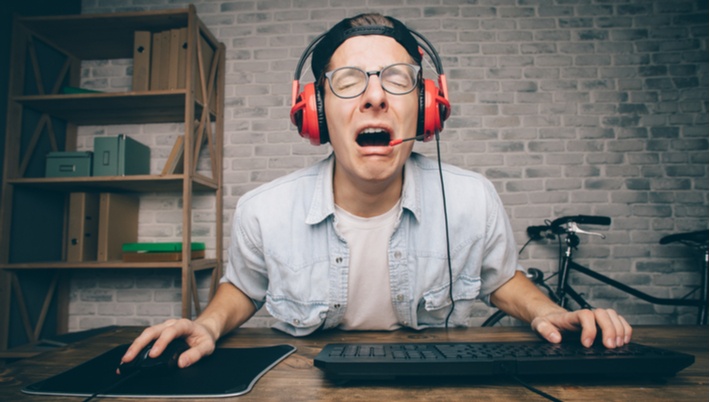 A Harvard-trained psychiatrist is connecting with gamers on the Twitch livestreaming Vegas casino platform in an effort to encourage people to become more aware of mental health issues and lessen the stigma of sharing mental health struggles.

Alok Kanojia – aka Dr. K wants to bring issues revolving around mental health in the online casino and gaming communities to light. He’s doing it by meeting the players in their hang-out, namely the Twitch livestreaming platform where players and their viewers, fans and followers meet to watch and discuss their passion.

Dr. K. runs his own monetized Twitch livestream, “Healthy Gamer GG” where 370,000 fans plus other site visitors hear about issues such as self-criticism, depression and online harassment. Dr. K. hosts celebrity gaming guests and also streams on YouTube where his content gathers hundreds of thousands of additional views.

“I got into streaming not to be a streamer,” said Kanojia. “I wanted to meet the gaming community where they’re at.” Kanojia teams up with his wife Kruti to run Healthy Gamer, a company that trains and pays video game coaches using money that is raised on Twitch. Kanojia’s YouTube channel is monetized through ads.

To join the program and become a video game coach, candidates must interview with program administrators who look for look for communicators who are familiar with games, motivated to help others and either have a background in psychology or are willing to learn. The coaches, who function similarly to life coaches, are hired by gamers who guide the gamers in their careers with a focus on motivation, relationships and video game addiction. Coach training is free.

Kanojia explains, “What our coaches help people do is build a life that they want for themselves, and how can they understand the influences of gaming on their life.

The coaching school covers 10 weeks of study including hands-on learning and lectures by Kanojia and senior coaches. The coaches are taught listening strategies, interview techniques and how to understand and guide people showing signs of fear, procrastination and addiction. The sessions are taught via the Discord communications app and are funded by Twitch fans who donate to Healthy Gamer through Kanojia’s livestreams, merchandise purchases and subscriptions.

Kanojia’s streams include interviews with gaming streamers including those with large followings. In the past few months he’s hosted “World of Warcraft” streamer Asmongold with whom Kanojia discussed procrastination, Alinity who discussed the cyberbullying that she has experienced and Pokimane, Twitch’s largest female streamer (5 million followers).

Kanojia emphasizes that his broadcasts shouldn’t be seen as a substitute for therapy. If you need help, says Kanojia, you should seek therapy from a professional. His aim is to spread positivity and raise awareness of issues affecting gamers.

Kanojia has been playing games such as Diablo and Starcraft since the age of six. In college, he found that his struggles with video game addiction were putting him on the verge of dropping out.  “[I] was basically failing out from playing too many video games,” Kanojia explained, adding that in his sophomore year at the University of Texas, Austin, his GPA was below 2.0. His father suggested that he visit India and spend time at an ashram -- a religious retreat -- to clear his mind.

Once he was removed from the stresses of college, Kanojia was able to accept clarity. He spent a month at the ashram and thought about joining their monastery but his Indian teachers advised him to finish his degree. He continued to return to the ashram every year for spiritual renewal. In 2007 he graduated from UT with a major in biology. He received his medical degree from Tufts University School of Medicine and did his residency in psychiatry at Harvard Medical School. Last year he started a private practice and launched Healthy Gamer.

Throughout his studies in medical school and during his psychiatry residence, Kanojia continued to game online. He found that by balancing studies with his gaming  interests he was a better gamer and a better doctor. He also noticed, in his interactions with other gamers, that there were issues involving mental health that needed addressing. He also discovered that mental health experts are still fairly unfamiliar with the new gaming culture.

Kanojia brought those conversations to Twitch, combining them with what he had learned in India. Little by little, he began to include guided meditation in his livestreams and now focuses on those techniques for streamers who have trouble staying calm or sleeping. He set up the Healthy Gamer company because he observed that the mental health field needs its own brand of life coaches, especially to work on issues like procrastination.

Kruti Kanojia, CEO and co-founder with her husband of Healthy Gamer explains the company’s philosophy, saying, “Mental health needs to be disrupted.”

Kanojia trains video game coaches who coach clients on issues that most affect gamers. Avoiding work to play games is one of the most popular subjects and one that many gamers need to work on with their new coaches. Currently, Healthy Gamer has 8 coaches and another 22 are scheduled to complete their training in the coming months. The company aims to have 60 coaches working in the field by the end of the year. Beginning coaches receive $20/hour and the pay scale rises to $37/hour based on ratings from patients, completion of further training and seniority.

Players are charged $40 - $50 per individual coaching session and between $24 - $30 for participation in group sessions. Discounts for multiple sessions are available.

Sessions include a focus on the participant’s challenges and goals, identification of motivating factors and, sometimes, meditation.

Kanojia’s streams have become popular among gamers who say that they get the strength to speak within the gaming community about subjects that they would otherwise not discuss. Some talk about their personal lives, others about their family and home life, how they react to online comments and more. One recent participant got the courage to report an incident of sexual abuse and in another incident, participants opened up about mental health after a popular streamer’s suicide.

Kanojia sums up his work. "Because psychiatry isn't enough…..We need to stop thinking about just medicine. If we said you had a physical problem, imagine we had no gyms, no nutritionists — it just doesn't make sense….You be vulnerable, you share, don't worry alone. Remember that your struggles are a multiplayer game, too. If you want to help someone, start by asking for help."