U.S. Looks Back at the First Year of Legal Sports Betting 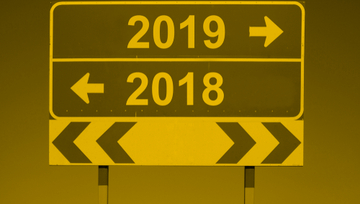 Last May, after more than 2 decades of holding off legal sports betting in the United States, the major leagues and the NCAA find themselves confronting a new reality. The Supreme Court ruled that PASPA, the Professional Athletes and Sports Protection Act, was unconstitutional and Congress could not prevent states from legislating legal sports betting in their jurisdictions, either at the online casino or at land-based gambling venues.

Until that SCOTUS ruling, in no state, outside of Nevada which had legalized sports betting since 1949, could bettors place a legal wager on a sporting event.  In one year more than $8 billion in sports bets have been taken, ten states have legislated sports betting in their jurisdiction (three in the last few days) and legislation to legalized sports gambling is pending in another 21 states.

Some highlights of the past year in American sports betting include:

• Three leagues and multiple teams have partnered with sportsbooks

Most analysts were not surprised at the interest but many were surprised at the faster-than-lightning pace at which sports betting has moved in the last year. Many now believe the U.S. eventually will soon become home to the largest regulated sports betting market in the world. That means that sports betting will soon become a massive, high-tech industry, that centers on amateur and professional athletics and is fueled by industry giants with hundreds of billions of dollars.

Today, when speaking about sports betting, “integrity” refers to “integrity fees” that are the fees that sports leagues are trying to collect from bookmakers. The leagues, which bitterly opposed the overturn of PASPA, are now falling over themselves, trying to make deals to partner with sportsbooks and sports betting operators.

The NBA has partnered with MGM Resorts International and BetStars while Caesars Entertainment has a deal with the Philadelphia 76ers. The NHL also has a partnership with MGM. William Hill is partnering with the New Jersey Devils and Vegas Golden Knights.

In the world of the NFL the league is partnering with WinStar Casino while the Baltimore Ravens have a deal with Caesars and its Horseshoe Baltimore casino. MGM is the official gaming partner of the New York Jets and the Las Vegas Raiders have signed a deal with Caesars. Major League Baseball is partnering with MLB and many baseball teams have signed deals with DraftKings Sportsbook.

The leagues and teams have embraced the new American sports betting industry. Leagues and bookmakers are now bedfellows. The two sides, however, still need to come to agreements on the two issues that have proved to be the most divisive -- control of the data that is used to fuel the wagering and a proposed cut of the action for the leagues (the “integrity fee”).

• The MLB, PGA Tour and NBA are seeking a .25 percent fee, to be based on the amount wagered on their events. That fee would be paid to the leagues by sportsbook operators.

• The professional leagues believe that sportsbooks should run their operations using official league data exclusively. This is particularly true for  in-game wagering. Live betting odds will be generated by this data and the data will then be distributed to sportsbooks through league partners.

According to the leagues, the use of official league data will allow live odds to have more shelf life by providing information quickly and directly to bookmakers. According to the bookmakers, they've been running their business for decades using commercial data feeds and don’t need the official data.

The development of the U.S. legal market remains a priority for the NBA, according to Spillane, who maintains that there are more areas of agreement than disagreement between the leagues and gaming operators.