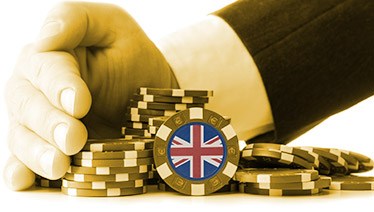 Great Britain, which hosts some of the world’s oldest and most established venues, continues to be regarded as a world leader in gaming entertainment. The government encourages the online casino and brick-and-mortar casino industry in the country and ensures that revenues from gambling are put to good use.

UK gamblers have been playing online for many years but now the government is taking steps to make sure that the government will get a piece of the pie. The government believes that its new UK online gaming tax will bring in over a billion dollars by levying non-British internet operators.

According to British Finance Minister Philip Hammond, remote gambling sites will pay an additional six percent tax on their online gaming operator revenues."I can confirm that we will increase Remote Gaming Duty on online games of chance, to 21 percent in order to fund the loss of revenue as we reduce FOBT stakes to 2 pounds," Hammond told parliament.

Hammond unveiled details about the initiative. The new tax will see offshore gaming companies, which were previously taxed at a rate of 15%, now taxed an additional six percent at a rate of 21%.   The jump adds up to ‎£1.15 ($1.46 billion) in new taxes over the next five years. These offshore companies offer a wide range of online casino games such virtual slots, poker and blackjack.

The figure coincides directly with the $1.46 billion that the British Treasury is losing due to the government’s recent decision to cut the maximum allowable bet on the country’s FOBTs (fixed-odds betting terminals). For years critics have been saying that the machines are too addictive. To address the criticism, the government is reducing the largest allowable bet from £100 ($131) to £2 ($2.63). The lower maximum allowed bet will mean that the government will collect fewer taxes. Minister Hammond made no bones about the reasons for the tax increase on remote gaming. He told parliament that it will “fund the loss of revenue as we reduce FOBT stakes.”

The reduction in FOBT bets is set to take effect in 2020. The delay has earned the ire of the critics. Opposition leader Tom Watson said “By rolling back on their promises the government are allowing greed to triumph over good as the bookies trouser an additional £900m in revenue.”

Small offshore operators will probably end up bearing the brunt of the new tax. James Myles, a consultant with Eta Delta, said “that the sector can ‘afford it’ is a ridiculous justification. “The government has created its own FOBT crisis, by relying upon then destroying this revenue source to the Treasury’s coffers without contingency.”

Gambling in the UK is governed under the terms of the 2005 Gambling Act. The Act established the Gambling Commission which took over the responsibilities that had previously been held by the Gaming Board for Great Britain. In addition to responsibility for the country’s land-based casinos and the National Lottery (granted in 2013) the Commission has been given authority over online gambling in the UK.

The Gambling Commission issues licenses to gambling operators. The Commission can impose fines or revoke licenses as necessary to:

UK law states that non-UK companies that offer gaming/betting services to residents of the UK must register with the HM Revenue and Customs. Offshore companies are required to pay one or more of the following taxes:

General Betting Duty involves the profits that are derived from general or pool bets  -- wagers that are made by UK gamblers on dog or horse racing or on bets that are placed through a remote betting exchange. Based on the new law, the GBD rates are:

Pool Betting Duty involves the profits made on bets that are not fixed odds. Pool Betting Duty bets don’t involve wagers on dog or horse races. This type of tax is charged at 15% of profits.

UK gamers aren’t obligated to pay taxes on their winnings.

In 2017 UK gaming tax receipts hit £2.7bn. That’s more than double the amount that it was just 10 years ago. The Gambling Commission says that remote gambling is the largest sector within the gambling industry. According to a Gambling Commission report, offshore gambling accounts for 34% of the overall market. The gross gambling yield for 2017  was £4.7bn. Slots games made up a majority of this figure.