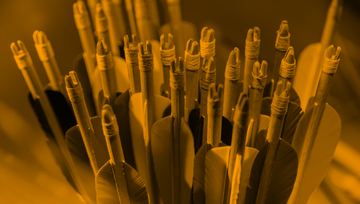 Around the world, many gamblers have moved to welcome bonus casino online gaming. But in Meghalaya India, players continue with an age-old competition based on dreams.  Teer is the only form of gambling allowed in Meghalaya. It’s based on dreaming and combines an ancient activity with a modern love of gaming entertainment.

Meghalaya means Abode of Clouds in Sanskrit. It’s a hilly area in India’s northeast where the economy is mostly based on agriculture and a service sector that includes insurance and real estate businesses. Meghalaya is best known for its high rainfall and biodiversity. Tribal people including members of the Khasi, Garo, Jaintia, Bengali and Nepali tribes make up the majority of Meghalaya's population

Meghalaya’s population is largely conservative. The only legal form of gambling in the state is the game of Teer, an offshoot of the ancient sport of archery that’s evolved into a lottery. Teer, which was originally called “Thom Tim”, means "arrow" in Hindi. Archery was the traditional sport of the Khasi tribe and sometime in the early 20th century, locals began to place wagers on archery competitions.

When playing Teer, players squat in a semi-circle while archers fire bows in an attempt to hit a bundle of straw located about 50 meters away as many times as possible.  Bets are placed on how many arrows will end up in the bale.

To wager, the bettor chooses a number between 0 and 99. The number chosen refers to the last two digits of the total number of bows that will hit their mark. For example, if 523 hit the straw bundle, anyone who bet on the number 23 wins a payout.

Following a Teer game, the arrows that landed in the bundle of hay are counted to determine the winning numbers. Bettors, who relied on their dreams to determine their bet, check to see whether their number fit the number of hits.

As with any game of chance, winners need to be lucky but they need something else too – an ability to interpret dreams. Players believe that players who are favored will be blessed with dreams in which the winning numbers appear.

There’s a system used to translate a dream’s images into numbers and an individual must know the meaning of the symbols that appeared in his dream in order to place a corresponding bet.

Teer was legalized in 1982 when the government of Meghalaya organized it as a lottery and taxed it. Ticket sellers pay archers’ salaries, operating costs and a 10% cut of their profits to the government

The archers are professionals but they all either run Teer counters or have other jobs. There are neighborhood clubs where the archers train and under whose auspices they play. The money that they make as Teer players is extra cash.

Bettors make their bets at any of the 500 to 600 Teer counters that are located in various locations around town. Some bookies are not licensed.

There are limits on the bets.

The four categories of Teer bets are:

Teer is basically a man’s game. In Meghalaya, residents observe matrilineal inheritance, an oddity in Indian culture which is mostly patriarchal.  Despite women’s enhanced role in the state, players and bettors are overwhelmingly male.

Philip Gean Khongsngi, president of the Khasi Hills Archery Association, says that even though women mostly stay away from the shooting area, many women gamble on the game in secret. "Younger women, especially, would not go themselves to witness the game or even buy a ticket. For them, it's as taboo as going to a wine shop," Khongsngi says. Much of the taboo, says Khongsngi, is due to the fact that the majority of residents of Meghalaya are Christian and the church frowns on any form of gambling.

Sushma is a counter operator. She has been selling Teer tickets for 16 years. Sushma says: "Women who go to church do play but are extremely secretive about it. They'll either send someone to buy a ticket or purchase it discretely so that no one sees them."

Since 1982 Teer has been the only form of gambling in Meghalaya but last year the government announced that it was going to relaunch the state lottery. The lottery is legal in 13 states in India, including in Meghalaya, but the lottery was discontinued there in 2005. Now some Teer enthusiasts, ticket sellers and players are worried that the reintroduction could threaten Teer competitions.

Others, however, believe that nothing will deter locals from playing Teer. Teer is more than a gamble for many. It’s a way of life and a connection to their culture.