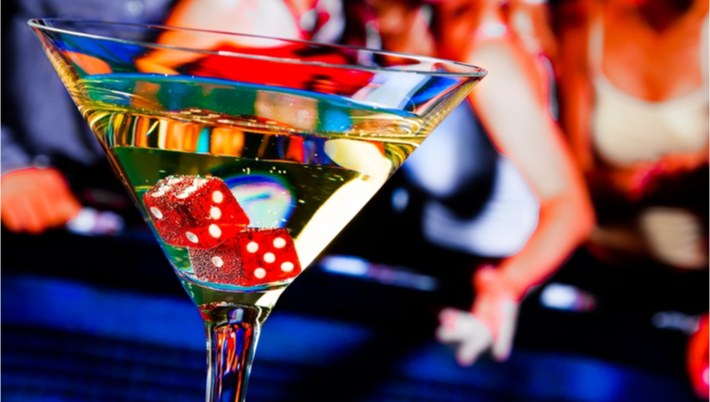 Derek Stevens has long dreamed of creating a unique attraction in Vegas and he’s about to realize that dream. He will, in the coming weeks, be unveiling the Circa, a new 35-story resort that features a casino, a year-round pool complex, a hotel with 777 rooms and restaurants. An online casino platform may follow shortly.

Stevens’ Circa is the first new downtown Vegas resort to be built in four decades. Stevens is betting on his belief that the budget visitors who usually populate the downtown Vegas area will be interested in a Strip-style destination with all its amenities

Downtown and the Strip

Downtown Las Vegas and the Las Vegas Strip are the two main tourist destinations for visitors to the city. Yet the 2 areas are quite different from one another. The Strip is centered on Freemont Street and Freemont East while Downtown is located north of the Strip, in the center of the Las Vegas Valley. The famous Freemont Street Experience is on The Strip.

Generally, it’s assumed that, if you’re visiting Las Vegas, you’ll want to be on The Strip.  The Strip includes four miles of casinos and Vegas landmarks. Most of the largest casinos are on The Strip. However, many travelers prefer to be Downtown because it’s not as expensive – downtown room rates are approximately half as expensive as those in Strip resorts. Resort fees for downtown hotels are significantly less – up to 40% less – than fees for rooms on The Strip.

The locals tend to hang out downtown so it’s much less touristy there. One reason is that when you’re in a downtown casino, your dollar will go further. Minimum table bets can be 50% lower than those on the Strip or even more and the Nevada Gaming Control Board actually reports that slots are looser in downtown casinos – percentage of hold of slots downtown 7.64% as opposed to 8.12% in Strip casinos. One Downtown casino, the Plaza, installed a new single zero roulette wheel which is known to be more player friendly that a double zero wheel.

Derek Stevens thinks that building a Strip-type casino in the downtown area will result in good payoffs. Stevens already owns the D Las Vegas and the Golden Gate so he knows the business and the landscape. He also makes a point of spending time on the casino floor so that he can get feedback from his customers.

Casino historian David Schwartz says that Stevens “connects with his customers because he is one of them.” Schwartz, who specializes in the History of Gambling at the University of Nevada Las Vegas and was the former director of the Center for Gaming Research at UNLV says that Stevens is ahead of operators who rely on focus groups and the other studies and research. Stevens, says Schwartz, understands his customers and it’s that level of connection that gives his plans to build a Strip resort in the Downtown area credibility.

Tony Alamo, former chairman of the Nevada Gaming Commission concurs. According to Alamo, Stevens knows every detail of each casino’s operations. His visibility on the ground means that he is his own marketing department. “He is old school,” says Alamo who acknowledges that, amid the corporate control of the casinos which is the norm in Vegas, Stevens’ style of hands-on management is rare.

By building the Circa, Stevens aims to give casino patrons a Strip experience at Downtown prices. Former Las Vegas Mayor Jan Jones Blackhurst notes that “Corporate America doesn’t make those kind of bets…..you need a gambler for that.”

Stevens began to consider investing in Las Vegas in the ‘80s and ‘90s when he would visit for business and pleasure. He liked going to boxing events, betting at the sportsbooks and playing on the casino floor. By 2007 he had acquired a piece of the Strip through a stake in the former Riviera parent company. He cemented his connection to Las Vegas by buying the Las Vegas 51s minor league baseball team. Even then, according to a 2008 report by the Las Vegas Review Journal, Stevens was walking through the stadium and shaking hands with everyone that he met.

Stevens’ next move was to purchase a 50% stake in the Golden Gate casino with his brother Greg. The brothers took full ownership in 2015 with Derek working as CEO. In 2011 the brothers bought Fitzgeralds and renamed it The D Las Vegas – a nod to their Detroit hometown roots.

Derek bought the old Clark County Courthouse in 2013 and rebuilt it from the ground up, turning it into the Downtown Las Vegas Events Center. By this time, Stevens was firmly entrenched in Downtown Las Vegas and felt that the area had the most potential of anywhere in the city. The Events Center has hosted many of Vegas’s biggest events including large-scale sports viewing parties, concerts and boxing matches. Boxing promoter Don King said that Stevens had “revitalized” the downtown area.

Plans for a Downtown Resort started in 2015 when Derek and Greg Stevens bought the Las Vegas Club and nearby land. They demolished the buildings and started planning for a one million square foot casino resort. They planed to put the biggest screen in sportsbook history in the Circa along with the longest outdoor bar in the world.

As plans for the Circa opening move forward, Stevens is back in the marketing saddle. In May, as Vegas casinos were preparing to reopen after the COVID-19 spring 2020 lockdown, he made the news by giving away 2000 free flights to Las Vegas.

The Circa is now the second-tallest structure in Las Vegas (the Strat Tower is #1).  The building  features murals and a lobby with the famous Vegas Vickie cowgirl sign. There is a rooftop lounge and six bars including the state’s longest indoor and outdoor bars.

The gaming area was built to accommodate 49 table games and 1350 slot machines. The sportsbook is a central feature of the casino and includes seating for 1000 people and a three-story, high-definition screen (valued at approximately $20 million). The sportsbook will host the Vegas Stats and Information Network broadcasting studio.

On the roof there’s a Stadium Swim pool complex with 6 pools and a capacity for 4000 people. The area features two bars and a DJ booth. The Circa offers a number of restaurant selections including a steakhouse and seafood restaurant, an Asian restaurant, an outdoor BBQ, a deli and a burger and chicken wing restaurant.