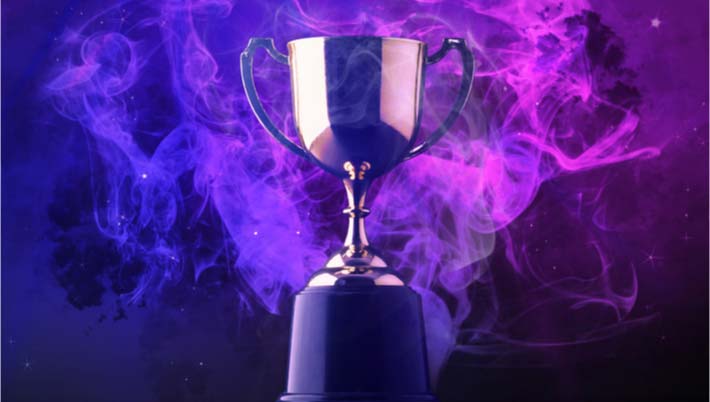 The pandemic changed a lot of things around the world. Sporting events of almost every kind were shut down. Even once the games restarted, the bleachers remained empty of fans and many athletes opted out of returning. eSports however – competitive video gaming --  not only held its own but saw its popularity skyrocket as sports fans searched for the kind of competitive atmosphere that would allow them to cheer for favored players and teams and bet on their predictions.

Around the world, many major clubs, leagues and teams, which had previous eschewed esports, started to figure out ways that they could get in on the action. From the National Football League to individual athletes from the world of  basketball, hockey, tennis and other sports, traditional sports has begun to see the wisdom in partnering with Vegas casino online esports.

Mark and Zygi Wilf, owners of the Minnesota Vikings, are fielding a Minnesota-based team in the upcoming Call of Duty League.

Their partnership was facilitated by the approach of Call of Duty’s developer, Activision Blizzard, so that a space for the new esports team could be created. Activision’s Overwatch League will also start running a city-based franchise. According to reports, franchise spots were being sold at $25 million per slot, though this hasn’t been confirmed.

The Vikings are not the first traditional sports team to explore the expansion into esports. They got involved after observing successes of the Los Angeles Rams and the New England Patriots whose owners started esports branches or acquired spots in the various leagues. Wilf said that, “Having watched closely as the ecosystem evolved and matured with the first few years of franchised leagues, we are confident in the long-term potential of what Activision Blizzard is building and in the esports industry as a whole.”

Dozens of city franchises have started their own esports teams. The numbers will certainly continue to grow – research firm Newzoo projects that the industry will generate more than one billion dollars in revenue in 2020. Worldwide, that’s a year-on-year growth of 27%.

Teams’ entry into esports is nothing new. The Houston Rockets paid $13 million in 2017 for a slot in the League of Legends North American league which is operated by Riot Games.  The team, Clutch Gaming, was sold to Harris Blitzer Sports and Entertainment this past April for a reported $20 million – Harris Blitzer is the parent company of the New Jersey Devils and the Philadelphia 76ers.

Wilf says that, for his franchise, it was important to secure a strong investment that would give them a space in the esports world. His company, WISE Ventures, is also looking into the possibility of expanding into other Leagues and even of building an e-sports arena on the Vikings Lakes campus.

Overseas, FIFA has also decided to focus on getting involved in esports tournaments. FIFA restructured its existing tournaments. The competitions, which are operated through three pathways, boast a combined prize of $4.35 million. The three “narratives” separate out nations, clubs and individual players and each will have their own qualification routes and finals.

The FIFAe Club Series will host gamers who represent their club or their country. They can compete in the FIFAe Nations Series or play as individual competitors in the EA SPORTS FIFA 21 Global Series on the Road to the FIFAe World Cup.  “In partnership with FIFA, these narratives will bring fans closer to the action, give players more opportunities to compete, and help find the next big FIFA esports star” said Brent Koning, EA’s FIFA Competitive Gaming Commissioner &  Group Director. ”In these unprecedented times, we are dedicated to bringing people together to celebrate club, country, and personal glory.”

FIFA’s esports presence comes with  its own  ‘Fame your game’ brand which has a modular approach that highlights the three narratives. FIFA expects that the brand will also underline “the culture around and beyond the competitions.” FIFA is attaching great importance to rapid esports growth opportunities. According to Volk, “Our ambition is to seed the movement for what might become a new football category in the ecosystem of FIFA. We want to create the biggest stage for the best players and teams of the community to shine brighter, while growing access for new up- and-comers to FIFAe tournaments. All of us at FIFA are excited for what the future holds!”

Perhaps no league has embraced esports as passionately as the NBA where its 2K League is already well entrenched in the esports world. The NBA 2K League teams is scheduled to host more than 35 Pro-Am tournaments in 2021 and the winning teams will be invited to join the first of its kind “NBA 2K League Draft Prospect Series” Combine.

NBA’s 2K League is growing rapidly. “Just looking apples to apples just our broadcasts on Twitch is up nearly 70% year over year,” Managing Director Brendan Donohue said. “And then on top of that we added numerous distributors around the world, including ESPN 2.” The league has had its live games broadcast on ESPN’s digital platforms Sportsnet (Canada), Loco (India) and eGG (Southeast Asia) as well as on ESPN2. Every match also aired live in Latin America, Oceania,  the Caribbean and Sub-Saharan Africa. For the League finals in which the Wizards Gaming Squad met the Warriors Gaming Squad (Wizards won), 1.1 million viewers tuned in on Twitch. Donahue said, “As you're seeing in gaming and esports in general, just incredible growth overall, and we definitely benefited from that.”

Sponsors have been attracted to the NBA 2K League. Fourteen sponsored partnered with the League this year including SAP, Tissot, GameStop and DoorDash. Donahue says that “our fans’ level of passion is such an incredible premium for brands to be able to attach themselves to. Our average fan plays 30 hours a week, video games, so this is an incredibly passionate fan base.

As reported by Forbes, according to Donahue, companies are recognizing esports as a growing market. “I think that was happening anyway and really the increase in fan engagement just kind of puts gasoline on the fire. I think it was having every brand we talked to about partnerships, they all realise they need to be in esports, and they're just trying to figure out how to do it.”

Donohue says that partners are more likely to get involved when the league runs out of the NBA office. “The benefit of being the NBA 2K brand is that we have amazing relationships with a lot of these partners, and so we can kind of help hold their hand and navigate eSports and help them understand how to tap into eSports as a great way to amplify their brands.”

In addition, the game is familiar. “While esports can be challenging for consumers at times we're a very friendly game where you don't have to play to enjoy watching our games, if you understand basketball you'll get it.” And companies are comfortable marketing through the League because advertising within the game itself is well-established. “It's totally normal to watch a basketball game and see courtside signage and to see brands integrated into the experience like this, it would be more strange to not see that.” As Donohue points out, that allows partners “to be a part of the actual virtual experience.”

Regardless of the trajectory of the pandemic, shutdowns, game cancellations and other events which were seen in 2020, it’s clear that esports is an established and successful project and will continue to grow alongside traditional sporting leagues, clubs and teams. Donahue says that “we feel like we are just scratching the surface.”

Wizards owner Ted Leonsis believes that the esports teams can operate as a gateway to engage new fans in the game. There’s a transformation going on with the way that young people consume content, the organizers theorize and esports can provide a way to talk to younger audiences who may not be on traditional channels.

Donohue notes that “the biggest difference in esports that I see versus traditional sports is the voice of the fan, the power of the fan”.