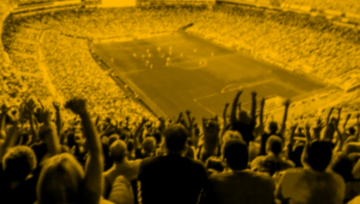 One of the first, and most wide-reaching industries to feel the impact of the coronavirus’s total closure was the sports industry. When something like a pandemic hits, sports may seem to be secondary but in addition to the players, the teams, the support personnel and others who work in the industry, the absence of sports constituted a severe punch for hundreds of millions of fans.

Around the world, there are almost no teams playing, no fans in the stands and no sports betting. Clubs and organizations are grappling with the fallout and sports enthusiasts are reeling. Four of the biggest U.S. leagues are working hard to bring sports back in some way for Vegas casino online sports bettors.

A new Major League Baseball schedule has been proposed that would include a 76-game season. The league sent the proposal to the players’ union that includes less guaranteed money but a higher potential salary than the last plan. The MLB Players’ Association has not yet accepted the proposal but if the two sides don’t come to agreement, the league can implement a schedule of its own.

If the players accept the latest proposal, they would receive up to 75% of their prorated salaries over a 76-game season. That includes both straight salaries and extra salaries for players who reach the playoffs.

The league would like to end the regular season on September 27th, with post-season play going  no later than the end of October, in order to minimize dangers from a new wave of coronavirus.

If the players accept the MLB's latest proposal, there would be no direct draft-pick compensation. The hope is that baseball can return by July 4.

The NHL Players' Association and the league have agreed that in the qualifying round of the 24-team tournament all four playoff rounds will be best-of-seven series and the championship series will be a best-of-five. The tournament will be reseeded after every round and will not be bracketed.

To determine seeding, the top four teams in each conference will play three round-robin games with any ties to be broken by regular-season points percentage.

Health and safety protocols for the games have not been finalized. The tournament could conceivable go for 68 days with the 7-game series (as opposed to the usual 5-game series). The league wants to move quickly so that it is not caught against a potential second wave of the pandemic in the fall.

Some of the sticking points in determining the tournament schedule revolved about the league’s preference for a bracketed tournament with five-game series in the first two rounds. The players association held out for later playoff rounded with seven-games series in bracketed tournaments. For the players, what’s important is that the schedule and compensation make returning to play worth the risk. Blake Coleman of the Tampa Bay Lighting said "I think that keeps the integrity of the Stanley Cup playoffs, and prevents any excuses made for whoever ultimately wins the Cup. The best team should come out of this."

There will, of course, be no fans in the stands. That’s going to take some getting used to by players who are used to basking in their fans’ shows of support. Cam Talbot of the Calgary Flames admits that “it's going to be so weird. I think that's one of the biggest things that no one can really wrap their head around right now: What is it gonna feel like being inside of the arena?”

The decision on hub cities will also be made based on the situation regarding the coronavirus.

NHLPA executive director Don Fehr  said "I think it's unlikely there's going to be an announcement for another 10 days to two weeks at the earliest. Obviously, the NHL is going through the cities, the logistics, the pros and cons of what each one would be. They're also dealing with the differing public health measures which may be in effect for those places, as well as any immigration issues that might arise. We're some time away from being able to make that announcement, I think."

Sportsbooks take bets on many different types of sporting events but when push comes to shove, all eyes are on the NFL’s 2020 starting date which will be the biggest indicator of whether sports are really back. In early June the NFL released a full schedule of games for 2020/2021 which assumes that the season will start on September 10th.

Most punters have, indeed, started betting on the new season but the majority of the bets focus on whether that season will start on time – and the odds are that it will not. The players don’t simply show up on the field on September 10th and start playing. First training facilities must open, followed by holding camps. The league has made it clear that no team can open their facilities before its safe for everyone to do so, and the increase in the infection rate in many parts of the U.S. is making it harder and harder for facilities in specific regions to open.

Teams will also be obligated to follow local guidelines including limits on the size of gatherings and frequent testing. Only then will it be deemed safe for players, coaches and staff to return. NFL teams are based in two dozen states and the number of cases is fluctuating at different rates in different states which makes it difficult to predict when it will be possible for activity to restart within the league. Making things more difficult is the fact that no one knows what will happen in another six or eight weeks.

Compared with other professional leagues, the NFL has time to prepare. It has already conducted its free agency (March) and draft (April).  But league officials are beginning to acknowledge that the season may not open on time and when it does open, will probably not open with fans in the stands.

NFL Commissioner Roger Goodell told staffers, “It is impossible to predict what the next few months will bring.” The league “will be prepared to address any contingencies as they arise.”

In the United States, after football, the highest number of bets are placed on basketball games. (Worldwide, soccer/football leads the betting scene). Fans have been eagerly waiting for the NBA to announce the league’s plans for the coming season.

At present, the majority of players and owners support a return to play this season but they expect that steps will be taken to keep everyone safe. Most sources believe that after a 3-233k training camp, games – regular season games, play-in tournament games or playoff games – will begin in July. Much depends on the availability of accurate, widely-available and rapid testing by that time.

The assumption is that there would be back-to-back games as well as playoff games every other day. A rotation would be put into place to ensure that there would be NBA games broadcast every day. The games would be played in a “bubble” – West teams could play in the MGM hotel in Las Vegas while East teams could play at Disney World Resort in Orlando. These bubbles would involve a campus setting-like atmosphere where staff, players, trainers and coaches would live, eat, practice and play games. Everyone would be tested before they entered the bubble including janitorial staff, security, chefs, etc. Everyone would continue to be tested periodically, giving health workers better control.

As with the NFL, one of the key questions involves how deep into the fall the games will go. The NBA is also assuming that there will be a second wave of the coronavirus and they want to finish the games before that happens. The three options that the league is now exploring for restart (after the training period) include:

The leagues have a lot of decisions to make in the coming weeks as fans, players and support staffs hope for the best.