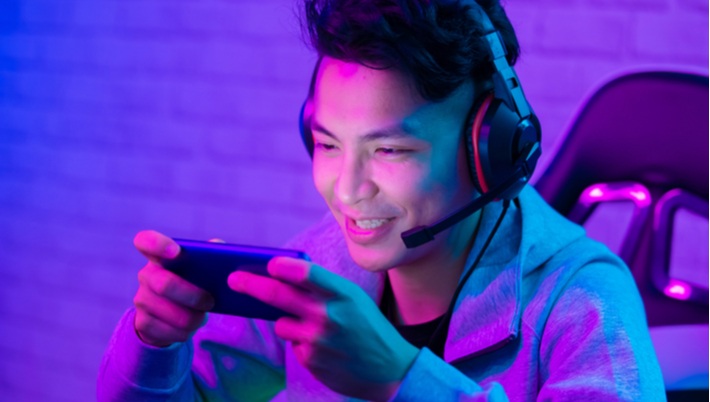 Streaming gaming started as little as five years ago with YouTube players posting themselves playing games - slots in particular - from their favorite Vegas casino.  Jump ahead a few years and streaming has become big business with all the big players.

Now that Microsoft’s Mixer streaming service has closed down, the competition between other big streaming services including Amazon’s Twitch, Google’s YouTube and Facebook’s Facebook Gaming is heating up.  Popular streamers are fielding offers from big tech companies that are backing up their offers with big checkbooks. Along with the big names, other services including a startup launched by former Apple employees and the Chinese Caffeine streaming platforms are competing for, mostly, Twitch’s biggest names.

Twitch is the main target of the poaching wars. Mixer successfully poached Michael “Shroud” Grzesiek and Soleil “Ewok” Wheeler from Twitch before Mixer shut down this past summer while Corinna Kopf signed onto Facebook Gaming and Rachell “Valkyrae” joined YouTube.

In today’s world, where esports stars are big celebrities, the fight to represent the most talented gamers is as fierce and cutthroat as film and music industries’ battles for entertainment stars. Large tech platforms want to attract exclusive content deals by signing big names up to their sites. Livestreaming has become another battle for the public’s attention and money. Viewers spend millions of hours watching video game contests and that attracts money – in 2019, video gaming content revenue reached $6.5 billion and the numbers for 2020 are expected to be way beyond that.

Live streaming refers to broadcasting an event as it happens. Live streaming in gaming involves gamers recording themselves and then broadcasting those games to a live audience.  The broadcasts take place on sites that facilitate the service and streamers often combine their play with entertaining commentary to make their streams more entertaining to their viewers. Many streamers earn income via donations, sponsorships and subscriptions.

To stream their content, a streamer registers for a free account with a server. Viewers also register for their own accounts and click in to view streams of games that they want to see. Via the platform, streamers can interact with their viewers and viewers can insert comments in order to communicate with the streamer and with each other.

Some consoles, including Xbox One and PlayStation 4, have their own optional camera integration and built-in streaming software while other devices, including PCs, can use XSplit, Open Broadcast or other software to upload their livestreaming content.

Once the player is set up, s/he must build his/her audience in order to market him/herself. It’s suggested that the player pick a popular title in order to interest as many viewers as possible – the most popular titles today include Counter Strike: Global Offensive and League of Legends, Dota 2. The Hearthstone card game is also popular. Since viewers become attached to players who entertain while they play, many players build their following by telling jokes and offering commentaries on pop culture and current events while they play.

Video gaming enthusiasts like to stream because they enjoy interacting with their audience and get satisfaction out of building their channel.

Live Streaming takes several forms. Some players have prior involvement with esports and use the live streaming platforms to take their gaming activity to the next level where they can display their talents and make money by broadcasting their games.

Another method involves broadcasting on social media platforms where it’s easy to interact with fans and viewers. Some people who create/design games and those who write about video games also get involved with live streaming.

Twitch was, for several years, the #1 streaming platform for live esports gamers but now its facing an increasingly competitive market. Some of the gamers are crossing over after having been wooed by contracts that total millions of dollars. In addition, many streamers are increasingly dissatisfied with the way that Twitch enforces its policies on content moderation.  Twitch has decided to take a strong stand against hacking, doxxing, inciting and SWATing. It protects identities based on color, caste and immigration status and prohibits sexual harassment of all sorts.

Many gamers and viewers applaud Twitch’s policies and enforcement but others accuse Twitch of promoting its own agenda. One controversial move that Twitch has made involves banning Confederate battle flag “emotes.” Many players and viewers are also frustrated over the platform’s inconsistencies in enforcing a ban on sexual content and nudity, specifically in the Cyberpunk 2077 game which features a great deal of both.

Twitch hasn’t been as aggressive as YouTube and Facebook Gaming in recruiting and maintaining top esports competitors. Two years ago, Twitch accounted for 67% of livestream gaming hours watched. By 2019 their market share had dropped to 61%.

Facebook Gaming’s agreement with Mixer, when Mixer closed down and agreed to refer their streamers to Facebook, accounts for some of the decrease but that only happened in 2020 – Twitch had been losing market shares well before that.

The lucrative offers to switch streaming platforms is nothing new but in the last few months, the migration picked up speed, starting with Ninja’s - Tyler Blevins’ - move from Twitch to Mixer which, while it was in operation, really changed the game in terms of convincing gamers to move to different platforms and convincing the platforms that they had more to lose than to win by refusing to join the bidding wars.

Different platforms are appropriate for different gamers. YouTube has the largest gaming platform other than livestreaming, where Twitch dominates.

Facebook Gaming, which is connected to the Facebook social media platform, has a massive potential audience. More than 2 billion people go on Facebook at least once a month to check their profile, share content and interact. More than 700 million of those users engage with Facebook Gaming content in one way or another. Once Mixer initiated the concept of poaching gamers, the others quickly got in the game.

Leo Olbe, Facebook Director of Global Gaming, told CNN, "We're proud of what we're building, but we also know we're just getting started here. We've been following community reactions closely, and, yes, we're aware of the perception some gamers have towards Facebook. Ultimately, we know that in order to win gamers over, words are only going to go so far. It's critical for Facebook Gaming to prove it by creating real value on the platform."

In the meantime, Twitch seems to have gotten the message. After Mixer closed, Twitch made Blevins a multi-year, multi-million dollar deal that brought him back home where he will be livestreaming exclusively. “I am excited to get back to streaming full-time and connecting with my loyal fanbase,” Blevins said in a statement. “I really took my time to decide which platform was best, and Twitch has been very supportive throughout this process and understanding my overall career goals.”