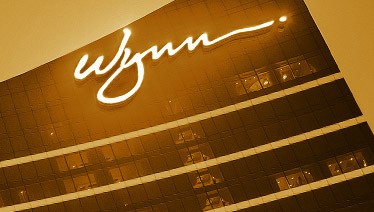 As Wynn prepares to pay off shareholders, his namesake company may take on a new name and he might be banned from stepping foot over the threshold of the casinos that he built.

The Nevada Gaming Control Board has filed a five-count complaint against Steve Wynn, saying Wynn’s alleged sexual misconduct violated state licensing suitability regulations. The company was already fined for knowledge of, and failure to act on, the complaints.

Now the NGCB is requesting that the Nevada Gaming Commission impose a fine on Wynn  himself. Imposition of a fine might not hurt as much as another rumored demand – that in order to distance itself from Steve Wynn, Wynn Resorts is being asked to change its name.

One Las Vegas commentator, Scott Roeben, says that, so far, the name-change demand is only a rumor. According to Roeben,  “It would obviously be massively expensive, but it’s always been hard to imagine the name staying, given what happened.”

The NGCB is urging the Nevada Gaming Commission to consider “further relief” that the agency may “deem just and proper.” This is in addition to the $20 million fine that the Commission has already levied against Wynn Resorts due to the company’s failure to govern itself and protect against sexual harassment.

It’s not clear if the Commission has the legal authority to require Wynn Resorts to change its name but the company may decide to do so on its own, in order to distance itself from is disgraced founder. Wynn harassed female workers for decades and being associated with the scandal isn’t something that the company could relish.

On the other hand, current CEO Matt Maddox pointed out that the company has polled guests and, according to Maddox, “60 percent of them had never heard of Steve Wynn…..90 percent of the [other] 40 percent said, ‘We love the property, we love the service, we love the food. We don’t care who’s running it.’

Steve Wynn has agreed to pay $20 million to his former company as part of a deal to settle shareholder lawsuits. The suits accused company directors and board members of failing to disclose to regulators patterns of sexual misconduct in which former CEO Steve Wynn engaged. The company’s insurance carriers will pay an additional $21 million.

For Wynn, the agreement is not a financial hardship. Wynn is worth an estimated $3.1 billion and the payment will amount to less than 1% of his fortune. A Las Vegas judge must still approve the terms which skirt the issue of wrongdoing on the part of any current or former Wynn Resort directors.

Some of the shareholders who were suing the company included a municipal firefighters pension fund and the New York State Common Retirement Fund. The lawsuits were consolidated into one case in Clark County District Court in Las Vegas.

The shareholders say that their investment in Wynn Resorts fell after the Steve Wynn scandal broke. They want the company to take responsibility for their losses.  In their filings the plaintiffs said that Wynn Resorts officers and directors knew about Steve Wynn’s alleged pattern of sexual misconduct but they did not report the misdeeds, leaving their investments at risk.

The Nevada Gaming Control Board is trying to ban Steve Wynn from returning to his – or any other – casino. The Board wants to strip Wynn of his gaming license. In a complaint filed before the Nevada Gaming Commission, the board wrote, "His conduct demonstrated that he is not a person of good character, honesty, and/or integrity……his conduct further established that he poses a threat to the public interest of the State of Nevada."

The board recommended the fine, to which Wynn has agreed, as well as the revocation. Wynn failed to attend a scheduled hearing of the board regarding the allegations.

The biggest question before the state’s gaming commission, whether Wynn Resorts is still suitable for a state casino license, was settled when the Commission imposed a $20 million fine on the company because company officials fostered a culture of secrecy in which victims of sexual harassment and misconduct by Wynn were afraid to pursue complaints or believed doing so would be pointless.

In requesting the ban, the NCGB said Wynn has "repeatedly violated Nevada's gaming statutes and regulations, bringing discredit upon the State of Nevada and its gaming industry……he is unsuitable to be associated with a gaming enterprise or the gaming industry as a whole."

In addition, the NCGB said that the negative reporting harmed Nevada's gaming industry and reputation.  "It damaged the public's confidence and trust in an industry that is vitally important to the economy of the State of Nevada and the general welfare of its inhabitants."