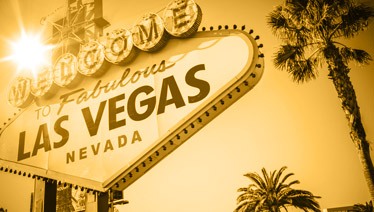 2018 is forecast to be a good and stable year for Vegas casino enterprises. Vegas was in a much more difficult situation 10 years ago when the 2008 recession hit. Today financial consultants are looking at the Vegas turnaround in an effort to learn lessons that can be applied to other regions.

The recession of 2008 actually started in late 2007. Most analysts believe that the crisis was triggered by banks' lending policies which created too much money too quickly. This pushed up housing prices and led to a dangerous level of speculation on the financial markets.

Observers note that very little of the billions of dollars that was created between 2000-2007 went to businesses.

When the debts became unpayable the debt rose quicker than incomes. People who couldn't repay their loans defaulted. This made the banks unwilling to create new loans and the recession hit.

Vegas, where businesses are dependent on the people who were most impacted by the crisis, took one of the biggest hits in the U.S. The city was and is reliant on vulnerable industries that are the first to suffer in an economic downturn – leisure, tourism and hospitality. Construction projects on the Strip stalled, tourist numbers nosedived and the casinos downsized by cutting thousands of jobs.

By most accounts, Las Vegas was thriving right up to the end of 2007. That year all-time high gaming revenues of nearly $11 billion in Clark County, Las Vegas's county. The average daily hotel room rate was also at its highest at $132.09.

As more cities opened casinos around the U.S., Las Vegas was successfully upping the ante to outshine emerging competitors. The hotels were becoming more luxurious, night-time entertainment facilities were creating bigger and more opulent shows and the restaurants were turning out more innovative meals to appeal to diners with sophisticated tastes. Older casinos renovated while new casinos opened that integrated resorts and convention facilities.

When the recession hit in 2008 it tore Vegas's economy into shreds. Suddenly it became clear to the city that when an economic downfall hit its main industry – gambling entertainment – was the first to fall.

The job market was impacted almost immediately. The unemployment rate peaked at around 14% in 2008, 2009 and 2010 – that compares to the pre-2008 recession jobless rate of 4.1% as recorded in March 2007. The percentage of Vegas jobs that were tied to the casinos fell as well. Prior to the recession Clark County recorded that casino jobs accounted for 18.8% of the job market while hospitality and leisure jobs comprised almost 30%. The recession also put a halt to new construction and the number of construction jobs in Clark county fell by almost two-thirds.

To add to the misery the onset of the recession also saw an all-time high increase of oil prices. Now, in addition to the reduction of leisure spending money which accounts for the bulk of Vegas players' outlays, there was a decrease in travel frequency. Revenue at Strip and Downtown casinos quickly dropped. Casino developers stalled multi-million dollar projects including the 4000 room, $2.9-billion Fontainebleau Las Vegas casino resort and the $5 billion Echelon Place hotel and casino resort.

Today the situation seems more stable but the landscape of Las Vegas will never be the same. The city has been forced to reinvent itself. Clark County is once again one of the hottest real estate markets in the United States with 2017 property prices now up 10.6% from 2016. The unemployment rate is presently at pre-recession levels – 4.7% and massive construction projects have been launched including a stadium for the Oakland Raiders. Analysts are still wary, noting that studies by the US Bureau of Labor Statistics show underemployment in Nevada continues to be high – the 4.7% rate that Clark County reports doesn't account for the fact that many "employed" people are forced to work part-time because of poor business conditions.

How has Las Vegas changed? Mostly through remarketing itself, which seems to be working. Data by the Las Vegas Convention and Visitors Authority shows that more people than ever are coming to the city – their numbers show that 42.9 million visitors flocked to Las Vegas in 2016. That's an all-time high that surpasses the 39.1 million peak recorded in 2007.

The remarketing campaign includes creating a more diverse Las Vegas. The casinos now draw people to the city not only for the plethora of gambling options, but also for the non-gaming entertainment, the convention activity, the restaurants and other revenue-producing options. Developers are renewing construction activity and  renovating their existing properties at a steady pace. The Fontainebleau Las Vegas project is back on track as is the Drew Las Vegas. Both properties are scheduled to open in 2020. The $4-billion-plus Resorts World Las Vegas is also scheduled to open in 2020 in Northern las Vegas and the Palazzo, Palms Casino, and Monte Carlo Las Vegas Hotel & Casino are under renovation.

It is yet to be seen how and whether the renewed renovation and construction activity will help Las Vegas diversify and mend its main industries. One of Vegas's biggest challenges today involves fighting competition both from within and outside the US. Vegas is seeking to draw a new generation of customers as well as to respond to that new generation’s demands. Yet the signs give rise to optimism that it will succeed in rising to new heights.