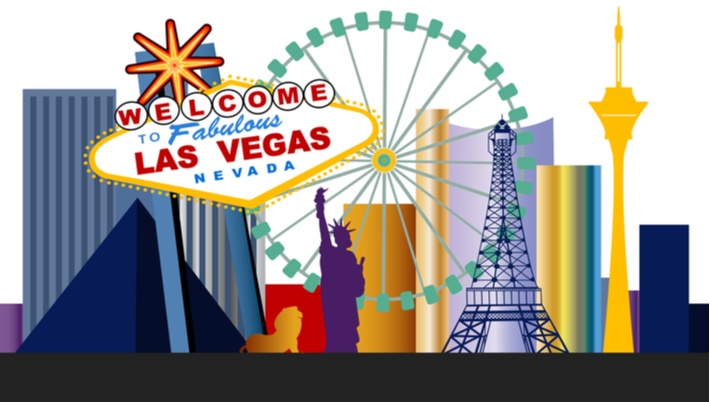 Las Vegas and the entire state of Nevada have been placed on a three-week pandemic “pause” by Governor Steve Sisolak. Sisolak’s Pause includes a mask mandate and capacity restrictions for businesses (gyms, casinos, bars and restaurants).  While Vegas venues are suffering (year-on-year gambling revenue was down 39.2% on the Las Vegas Strip for the three months ended Sept. 30), it’s the small businesses that have the most to lose. Sisolak’s mandate states that only 4 people can sit at a table in a restaurant with a 25% capacity. Many small businesses fear that this will be the final nail in the coffin that puts them out of business.

Sisolak also limited public gatherings to no more than 50 people or, again, 25% capacity (whichever is less). No large events may take place. Private gatherings may include no more than 10 people from no more than 2 separate households with face coverings mandated at all times.  The good news is that online casino sites  - those with casino sign up bonuses - are not affected by the pause.

The statistics didn’t indicate the locations that those people visited while they were in Nevada but Las Vegas is the top destination in the state. The assumption is that many Nevada travelers spent time at the casinos. Most Vegas casinos reopened on June 4th when Sisolak gave the go-ahead to do so. Many, however, have been operating on a part-time basis. Some close during the middle of the week while others close specific areas in the casino on specific days.

After trying to keep people home on a voluntary basis, which Sisolak called “Stay at Home 2.0”, the increase in cases forced Sisolak’s hand and on Thanksgiving week, he called for the 3-week pause. “I don’t want to take stronger action,” he said to ktnv.com before he reintroduced mask mandates and restricted gatherings. “I want to stay on the path to get all Nevada children back in classrooms, opening conventions by 50 percent by January 1, and lifting more restrictions……That is the tightrope of trying to balance controlling the COVID spread, protecting our hospitals from surges, and at the same time not destroying and shutting down our economy.”

The Vegas casino industry has been put in a difficult position by the governor’s new order. On the one hand, they have done everything possible to promote themselves as being responsible, concerned partners in the war on the pandemic. On the other hand, they are carefully looking at their bottom line.

KTNV.com asked the casinos to react to the “pause.” A spokesperson for MGM Resorts International acknowledge that “this will clearly have a major impact on entertainment and we are working with our partners to determine the path forward. We will share that information as quickly as possible to minimize guest inconvenience. The health and safety of our employees and guests is our number one priority and we remain committed to the comprehensive plan we have put in place.”

Meanwhile, a spokesperson for Caesar’s Entertainment said “In compliance with the recent directives from Governor Steve Sisolak, we will move to 25% occupancy on our casino floors and in our restaurants and bars at our Nevada properties, effective Tuesday, November 24……Our restaurants and bars will remain open. Outlets serving food will require reservations for dine-in and will also continue to provide convenient to-go options. In addition, and as a seamless and contactless alternative to dining in, guests can utilize our expanded mobile ordering service for pick-up or delivery to their hotel rooms at most of our Nevada resorts.”

Las Vegas Mayor Carolyn Goodman has reacted furiously to Sisolak’s pause order, calling him “a dictator” and levying sharp criticism at him for his 3 week mandate that further restricts gatherings in the state. “He’s been a dictator with whom we have complied every step of the way,” Goodman said, as quote by the Las Vegas Review-Journal. “We’ve had no choice.”

Goodman’s frustration has been simmering since March. But with the latest reduced capacity order, her anger exploded.  “Obviously this was crushing to the city,” she said. Goodman expects the restrictions to expand as the rate of new infections grows. She believes that restricting capacity in venues will kill the city’s economic base but won’t affect the infection rate.

Goodman is angry that Sisolak isn’t asking the mayors for their input as he forms his COVID-19 strategy. If he did speak with her, Goodman said, she would tell him that the restrictions are devastating to the city’s residents.

Sisolak is adamant that it is his responsibility to do whatever he can to keep the residents of Nevada safe and if pausing, restricting, limiting and otherwise curbing normal day-to-day activities is what it will take to protect the public, that’s what he will do. He is also critical of Goodman, noting that Las Vegas has routinely failed to meet quotas for business compliance that were agreed upon by the recovery organization of Southern Nevada.

“Regardless, when Nevada’s elected leaders speak, their words carry weight — and these difficult times call for our leaders to be unified in protecting the public,” Sisolak said. “I’ll be providing no further comment on the Mayor’s statement. The State will continue working with all local governments directly and through their organizational representatives, such as the Nevada League of Cities and Municipalities, as we have throughout the pandemic.”

Daily reported new cases and hospitalizations of COVID-19 patients are at an all-time high in Nevada. Sisolak issued his order to intensify use of masks and limit crowd sizes in an attempt to balance public health with the economy.  “My goal is to aggressively try to attack this spread, while maintaining some portion of our economy and our daily lives,” he said. McCarran International Airport and the University Medical Center will remain as will the Marriage License Bureau, playgrounds, outdoor park spaces and, for some cases, county courts. Other public buildings will be closed to the public.