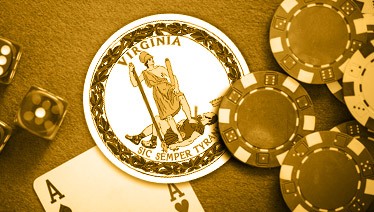 Two hundred members of the Pamunkey Tribe have voted to search for a site where they can build a Vegas Casino type of resort. The tribe, which is known as a group of Native Americans who keep to tribal customs and traditions, has decided to add casino gambling to the list of activities that take place on their ancestral lands along with fishing, trapping, hunting, and farming.

The tribe is prepared to spend approximately $700 million on the resort-casino. Plans include a gaming floor, hotel rooms, a spa and entertainments space. Tribe members are checking out locations in or near the 1,200-acre King William County Pamunkey reservation. The  reservation is located approximately 30 miles east of the city of Richmond.

The Pamunkey Indian Tribe was recognized by the Commonwealth of Virginia in 2016. It is the State's first federally recognized tribe. Recognition of an additional six tribes – the Chickahominy, the Eastern Chickahominy, the Monacan, the Nansemond, the Upper Mattaponi and the Rappahannock – occurred in 2017 via the Thomasina E. Jordan Indian Tribes of Virginia Federal Recognition Act.

Historically, the tribe was part of the Powhatan paramountcy which was comprised of Algonquian-speaking peoples.  The chiefdom of this population was made up of over 30 tribes which, at one time, included up to 15,000 people. The Pamunkey were once one of the most powerful groups of the Powhatan chiefdom. Their native lands were located near the coastal tidewater of Virginia near the Chesapeake Bay, along the northern side of the James River.

The Pamunkeys retain reservation lands where approximately 200 tribal members live, at least part-time. The reservation has survived, many observers note, because of the Pamunkey's willingness to adapt as a tribe and withstand pressure to give up their reservation lands.

In some ways the Pamunkeys are extremely conservative and traditional. Men use old methods for fishing which is an important part of the tribe's traditional heritage. They also continue to trap and hunt on reservation lands. The members of the tribe have also shown a willingness to move forward into new enterprises – tribe members built a shad hatchery in 1995 so that they would be able to ensure continuation of an important food source.

The shad hatchery functions by actually creating new fish. When shad fish are caught, the eggs of the females are preserved in a bucket to which sperm from males is added. These fertilized eggs can then grow until they hatch. After 3 weeks the new young fish are flushed back into the river, perpetuating the tribe's fishing industry. Within a few years the number of new fish being reintroduced into the rivers numbered in the millions.

Nowhere is the Pamunkey tribe's focus on adaptation as visible as it is in their new plan to open a casino resort on their lands. The reservation's proximity to Richmond gives the organizers a strong indication that they will be able to tap into a significant gambling market. And the resort, in an area where there are few accommodations options, opens the market even more.

Robert Gray, Pamunkey Chief, told The Washington Post that “the resort is just a piece of that bigger vision and hope for our future,” Gray reportedly told the newspaper that, by gaining federal recognition, the tribes is able to focus on gaining improved educational and employment opportunities and provide better access to housing for aging tribe members.

The Pamunkey Tribe began to seek federal recognition almost 40 years ago. Its efforts were  opposed by Las Vegas-based casino operator MGM Resorts International. MGM was planning its $1.4 billion casino resort – the MGM National Harbor – which opened in December of 2016. The Maryland Casino-Resort features a 135,000 sq ft gaming floor with 150 gaming tables and 3,600 slots. MGM was aware that, if the Pamunkeys' received recognition as a Native American Tribe, they would be able to open their own casino without any interference from the State of Virginia. MGM wasn't looking forward to the competition.

For its part the Pamunkeys are anticipating the creation of 5,000 temporary construction jobs alongside about 4,000 permanent positions. The venue is expected to generate around $1 billion in annual economic benefits.

Gray told the Washington Post, “the Pamunkey [Indian Tribe] believes that this resort will help ensure the long-term success of the tribe and be a tremendous economic driver for the Commonwealth. Done the right way, it can be a win-win for both. I believe that as people learn more about our plans they will become just as excited as we are about it.”

Many Indian tribes have built casinos to provide employment and income for their tribes' members. According to the Indian Gaming Regulatory Act which was passed in 1988, individual states' abilities to regulate gambling activities on Indian reservations are limited. According to Federal Law these areas are protected by tribal sovereignty laws and only Congress may regulate casino gambling in states that allow casinos to operate within their borders.

Many Tribal Councils run bingo halls, casinos and other types of gambling sites on reservation lands. Casino observers estimate that the total revenue from these Native American casino businesses reaches upwards of $27 billion dollars. It's a lucrative industry for the reservations but aggravates mainstream casino operators who must compete with these lightly-regulated gaming venues.

The Indian Gaming Regulatory Act was passed following a United State Supreme Court ruling that declared that gambling laws are not applicable to gaming activities that take place on Native American reservations. Mainstream casino owners resent the special dispensations under which the Tribal Casinos operate. In the case of the Pamunkey Tribe, MGM's powerful influence prevented them from accessing a wide variety of benefits for 35 years until they were finally granted recognition in 2015.

Tribe members now have access to federal grants and housing and educational opportunities. The Pamunkey hope that the casino will push them even further ahead and give them more employment options which will make them less dependent on government programs.