Warnings that Gambling Will Bring Corruption Playing Out in Japan 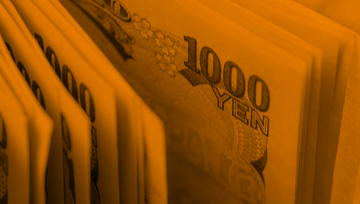 Japan’s new bill authorizing the development of 3 casino resorts is only a year old but anti-gamblers who warned that online casinos and land-based casino development would bring corruption are seeing their forewarning come to reality. All this is happening even before a single stone has been upturned in the building of new casino developments in Japan.

In a development that shocked the nation, Nippon Ishin parliamentarian Mikio Shimoji admitted that he received 1 million yen in campaign contributions from a Chinese gambling operator.

Shimoji is a member of the  Nippon Ishin no Kai political party. He is the second lawmaker to admit to accepting money from the Chinese gaming company 500.com. 500.com operates pachinko arcades throughout Japan. They have expressed interest in being granted one of the IR licenses when Japan starts the process of choosing its three casino operators.

All in all, six members of the Japanese parliament have been questioned by Tokyo prosecutors regarding their alleged receipt of money from the company. Shimoji previously denied being given money but he has now admitted his part in the affair.

Last year the Japanese government passed a bill to legalize casino in the country. In April work was begun on follow-up legislation. The “Implementation Bill” outlines the process of setting up the infrastructure for a casino industry including administration, regulation, taxation, location and other needed protocols.

The bill also needs to enforce limits on casino size, impose an entry tax for residents and delineate strict rules regarding how promoters can operate Representatives of various government agencies formed a task force to create a system to operate the gambling industry in Japan.

Despite strenuous opposition from anti-gambling forces, who warned about the potential for criminal involvement in the casinos and an increase in problem gambling behavior, the government decided to push the bill through the parliament.

The potential for an upsurge in tourism, both foreign and domestic, convinced many parliamentarians to vote for the bill, as did the addendum to the bill that any company doing business in the casino industry would need a Japanese partner.

A number of Vegas gaming companies began to enthusiastically bid for the coveted licenses when the Casino Bill was first passed. They include Wynn, Caesars and MGM.

Now, a year down the road, some of these companies have either dropped out or indicated that they are not certain that they will pursue a place as a Japanese IR operator. They are frustrated at the difficulties that the government and local authorities throw in their way as they try to get the IRs off the ground.

Japanese citizens already spend billions on lotteries, horse racing and pachinko – a type of video game Together with the hope that Japan will become a major gambling site for Asia’s enthusiastic gamers, casino operators see Japan as a lucrative market.

Now, the ink has barely dried on the IR bill and the warnings of how legalized casinos would attract criminal elements who would try to gain control of any new Japanese casinos seems to be coming true. Katsunori Nakazato, who served as an adviser to 500.com, was the first to speak out.

He told investigators that he had delivered around 1 million yen to five Japanese lawmakers in  2017, when the IR bill was still being debated. Shimoji was questioned by prosecutors in the Tokyo District Public Prosecutor’s Office which is in charge of the investigation.

Investigators are looking into whether the lawmakers received money  themselves or whether the money was given to their secretaries.  In either case, such transfer of funds would violate the Political Funds Control Law which bans donations from foreign organizations or foreign nationals.

Former Defense Minister Takeshi Iwaya is one of the members of parliament to be questioned.  All of the other lawmakers have denied the allegations.

Shimoji, however, admitted that an employee at his office accepted an envelope with ¥1 million from Masahiko Konno, an adviser to 500.com. The money was not declared in expenditure and funds reports for political activities, including campaigns. Shimoji said, “It is something that I regret extremely.”

Shimoji was one of a group of lawmakers who promoted integrated resort projects. He  said he has never advocated for the Chinese company. He is also prepared to return the money to Konno.

An advisor to the 500.com company told investigators that the company gave cash to an additional five lawmakers. All members of parliament named were questioned. Katsunori Nakazato told investigators that he gave 1 million yen to the five lawmakers in the fall of 2017, at the same time that 3 million yen was given to Akimoto.  As  deputy minister, Akimoto was in charge of overseeing government policy on the introduction of casino resorts.

Some of the lawmakers under investigation belong to the same cross-party group that Shimoji works with to promote international tourism. One of the group admitted to meeting with Katsunori  Nakazato, a former member of the Urasoe Municipal Assembly in Okinawa. The fact that Nakazato was advising 500.com was unknown to the lawmaker, he said.

As the investigation widened, Japanese authorities raided the headquarters of a gaming arcade operator.  The name of the gaming company was not named but the Japanese media outlet NHK said that the company’s accounts were being checked for any transactions involving Akimoto. Reuters reported that the company did not respond to multiple requests for comment.

Prosecutors have also raided the offices of two other ruling Liberal Democratic Party (LDP) politicians and arrested 3 people in connection with the case.  Japan's top government spokesman issued a statement that insists that Akimoto's arrest will not delay its plans to develop three casino resorts. However, it’s expected that the investigation will raise questions about the bidding process.

Some analysts say that the casino market could be worth $20 billion a year or more, thanks to Japan’s proximity to Asia's wealthy gamblers and an affluent local population.

Observers say Akimoto's arrest may also weigh on Prime Minister Abe, who is fighting allegations of using party funds to entertain supporters while adding to the negative images that many Japanese people have of casinos.