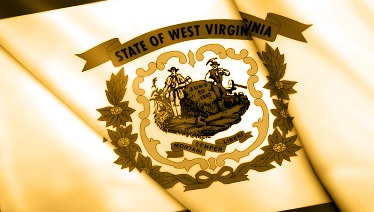 The WV Lottery Commission is encouraged by the trend which shows the number and level of wagers rising from week to week. The majority of the action took place at West Virginia’s newest casino, the Hollywood Casino, located at the Charles Town Racetrack.

The first week’s wagers totaled $457,788 and the amount rose to over $1 million in the 2nd week and reached almost $2 during the 3rd week. No data is available to indicate how the numbers break down between the sportsbooks or across individual sports.

Willliam Hill is operating the sportsbook at the Hollywood Casino. This was the first sportsbook to open in West Virginia and accounts for all of the sports wagers during the state’s first 2 weeks of legalized sports betting.

FanDuel is the sportsbook operator at The Greenbrier casino which opened on September 14th, adding a second sports betting location to the state. Even though on-site wagering is limited at The Greenbrier, it accounted for a significant percentage of the third week’s betting in the state. Two additional sportsbooks are scheduled to open in West Virginia in the coming weeks and online/mobile betting is expected to launch soon as well.

Sports betting got off to a rousing start in West Virginia last month, accounting for almost three-and-a-half million dollars in wagers, of which more than $1 million turned into revenue. The state collected just over $100,000 in taxes from the first 3 weeks of WV sports betting with an aim to achieve $5.5 million in tax revenues in the September - December period of 2018 and an eye toward future online casino wagering in the near future..

According to WV Gaming & Racing Association president John Cavacini, the early numbers are “promising” and in line with operators’ expectations. One issue that remains unresolved involves permanent legislative rules that indicates that the governor may be working to circumvent the rules by mandating partnerships between the casinos and the leagues. The law doesn’t make any provisions for such partnerships and many observers are concerned that Governor Jim Justice is catering to private interests.

The issue may be playing out in staffing – the former director of the WV Gaming commission, Alan Larrick, resigned just 2 days after Hollywood Casino started accepting sports bets and the managing general council Danielle Boyd has also disappeared. There’s a new Director, John Myers, who began the job recently but the two individuals with the most intimate knowledge of WV sports betting are uninvolved and that concerns lawmakers.

According to Cavacini, the departure of Boyd and Larrick stemmed from “philosophical differences between the lottery staff and the governor’s office.” Those differences center around whether or not  financial provisions and other league-friendly provisions, should be part of the WV sports betting framework.

Critics have said that since legislation passed without his signature in March, Justice has worked to circumvent the rules by mandating partnerships between the casinos and the leagues. The law makes no such provisions and suspicions are that the missing officials, who were in charge of enforcing the rules, were removed (or left) because they were unwilling to enforce Justice’s new rules.

The tension between the governor and the legislature about these rules could upset West Virginia’s positive start in the sports betting world.

According to an executive at West Virginia’s Hollywood Casino at Charles Town Races, online and mobile sports betting will be available in West Virginia in the near future.

The casino’s vice president of racing and sports operations, Erich Zimny,  announced that the casino will be launching its online app soon – perhaps this year. “So we expect to launch our mobile app, I don’t have a firm date. It’s not going to be next week, it’s not going to be three to four months from now; we hope to get it up and running in the next few weeks.”

To date there is only on-premises wagering at West Virginia’s Hollywood and Greenbrier casinos but hopes are that online wagering will be operating soon.

Hollywood’s mobile app would presumably be managed/powered by William Hill US, the American affiliate of the European gambling corporation. William Hill US takes care of the casino’s retail operations and is expected to bring its European app stateside. William Hill already operates the nation’s first mobile sports-betting app in New Jersey.

Two other West Virginia casinos, Wheeling Island and Mardi Gras, have delayed their sports betting operations. Parent company Delaware North commented released the following statement:  “Delaware North has pushed back their timeline for opening the sportsbooks at both Wheeling and Mardi Gras,” Burnside said. “The Lottery is waiting to hear back from them to schedule testing at some point in October.”

As soon as Hollywood’s app goes online it will be the only casino to offer a full compendium of sports betting.

In a case that pitted West Virginia casinos against WV authorities, the cops were forced to return over $10,000 in casino winnings that was being taken back to New Jersey by a couple of casino winners.

West Virginia state police took the cash from the couple in a June traffic stop after they were pulled over for allegedly swerving from their lane on the highway. The police finally left them off with a warning after 2 hours of detention but took their cash under what “civil asset forfeiture” along with other gift and casino rewards cards that they were holding.

Dimitrios Patlias and Tonya Smithwere on their way to the Hollywood Casino in Charles Town when the police asked them how much cash they had. Patlias refused to answer and was then handcuffed. A drug dog searched the car but found no evidence of drugs but the police impounded more than $10,000 in casino winnings anyway.

Patilas and his wife said they had documentation to show they had won the money gambling.

They violated my Fourth Amendment rights,” Patlias said. “They took me and my pregnant wife out of the car on a dangerous highway and left us with $2 to get home.”

The story received wide media attention and has already influenced some out-of-state gamers to stay away from West Virginia casinos, giving the gambling industry in West Virginia a headache that they don’t need.