What are "Prop Bets"? And How to Get in on the Action? 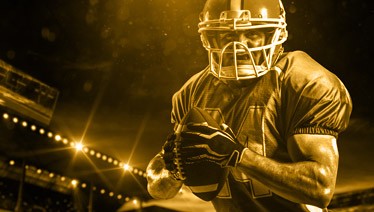 The year 2018 is starting out with a bang for sports bettors with the Superbowl leading the way.

The February 4th Super Bowl match-up between the New England Patriots and the Philadelphia Eagles has resulted in big wagering action for casinos and sportsbooks. The 2018 Super Bowl looks as though it will surpass the 2017 Super Bowl which recorded an all-time win high thanks to the mobile app that allows sports fans to place their bets right on their mobile device. .

Chuck Esposito, Sports Book Director for Sunset Stations Race and Sports Book, said that “The mobile app has really brought the sports book to the palm of your hand,”, reportedly told the newspaper. That’s really helped contribute to the increase in handle across the board.”

Both land-based and mobile players can make traditional bets – which team will win, what will be the point spread and which players will score the most goals. There are also dozens and dozens of "Prop bets" – unique, exotic bets that aren't seen in any other sports event.

Pundits advise that Super Bowl bettors refrain from betting on the prop bets – they said that they're just a way to separate the bettor from his money. But significant numbers of football fans look forward to the Bowl when they can indulge in their whims as they look for new ways to win.

Scott Cooley, odds consultant of the BetDSI.eu Sportsbook, explains that "bettors still flock toward the traditional methods of wagering on the Super Bowl, but as props have become more mainstream, more and more gamblers are marrying the two. The spread, total and moneyline still make up more than 75 percent of the big game's money handle, but the wager ratio between the standard odds and props is about at 50-50 nowadays. The recreational bettors enjoying making small bets in hopes of big props payouts."