What are Some of the Best Video Games that You’ve Never Heard Of? 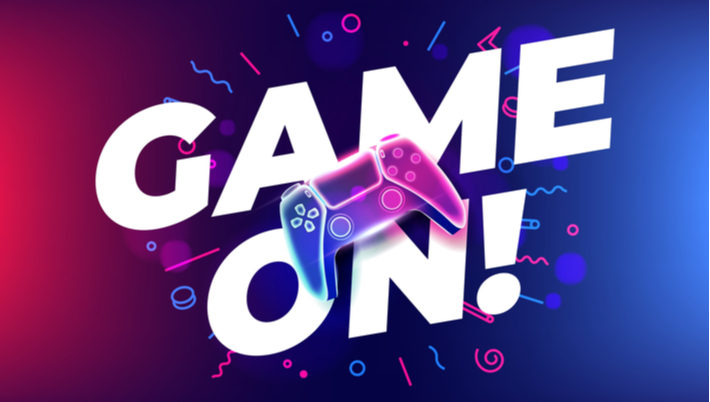 We mostly hear about the big games made by the mega-developers but there are plenty of great games with interesting gameplay mechanics, engaging storylines and other elements that fly beneath the radar. Some of the games were released recently while others are older – but still deserve recognition and attention.

Grande Vegas online casino takes a look at some of the games that haven’t received the credit that they deserve. They include:

Shadow of the Tomb Raider

Shadow of the Tomb Raider, released in 2018 for Xbox One, PS4 and PC gaming follows Rise of the Tomb Raider, though the original developer, Crystal Dynamics, left this one to the Eidos Montreal studio.  Eidos succeeded in creating what has been called a “visual masterpiece” and although the storyline is weak, the game itself is a  tour de force  of stealth and action. Shadow is a more personal and darker adventure into Lara Croft’s world and at times it’s quite violent but this ambitious effort has a lot going on and keeps the gamer engaged throughout.

The theme of Shadow of the Tomb Raider centers on an impending apocalypse. Lara must find an ancient artifact in order to prevent the world’s collapse so she moves through riveting action sequences that highlight the most jaw-dropping South American dangers imaginable.

Gamers confront the question of obsession as they move through the tasks and missions with Lara. It’s not only a physical game but a psychological one as well which examines how boundaries can cross from driven into narcissism. This is an aspect of Lara’s character that was never touched on in any previous game and it creates an interesting turn of events.

Vampyr by Dontnod Entertainment is set in the early 20th century, just after the end of World War I. You are Jonathan E. Reid, a doctor in London who is investigating the sudden appearance of vampires during the influenza pandemic of 1918. Reid is transformed into a vampire himself and must struggle with his Hippocratic Oath as it clashes with his new need for fresh blood.

Reid gets to know his targets through deep and long conversations which makes for an interesting aspect of the game. Still, he finds ways to get the blood so that he will grow stronger. As the player, you unlock skills that allow you to use blood as a weapon against the enemy and a boon for yourself.

This isn’t a game for the light-of-heart. You dodge attacks, hack your enemies, parry, stun and more depending on your weapon. You also have all of the abilities of a vampire along with ranged weapons for distance-fighting. The scene can change in a second – from a civilized conversation with a fellow doctor or a patient to a blood-seeking scene in which you are chasing characters to sacrifice them and strengthen your character.

The contrast doesn’t work well for everyone but most players agree that creating Vampyr as part of a RPG system was a clever move. Each detail has the potential to trigger a new approach and every move that Dr. Reid makes has consequences and spillover effects. This game gets points for its intriguing world, interesting cast of characters and stimulating ideas. It can be played on PS4, Xbox One, Nintendo Switch and a PC.

Nex Machina for PS4 and PC gaming is widely acknowledged as one of the top twin-stick arcade shooters of the last decade. It’s simple and fast with responsive controls, stimulating sci-fi graphics and interesting stages in which the player needs to defeat wave after wave of robotic enemies. The more aggressive you are and the more risks you take, the more hostages you can save.

Completing each level gives you access to a new set of power-ups such as granting you a single-hit shield, upgrading your dash to an explosive weapon and increasing your weapon spread. If you get killed you can go on a corpse run to recover your power-up and can keep going.

A highlight is the art of legendary designer Eugene Jarvis that spares no effort to feature details of every scene from the depths of a smoldering volcano to a dystopian cityscape. The enemy designs are distinct silhouettes which are effective and clear so you can distinguish one from the other easily. Players’ rankings appear on a global leaderboard for each challenge.

The original Knack might have been a dud but Knack 2 is a much more interesting game. The pacing is good, the combat is fun, the gameplay varied and the opportunities to accompany Knack as he grows and gains strength and resilience  are satisfying. Knack 2 features a wide range of tasks that include puzzle-solving, platforming and discovering secrets.

Throughout the game you maneuver through moving platforms, traps, steam vents and tricks while you solve puzzles by weighing down pressure sensitive switches, shifting blocks around, bouncing lasers off mirrors, etc.  When Knack gains his armor-like ice/metal/iron  shell it will help him to freeze enemies, lock gears in place, disable enemies, parry projectiles, attack shield bearing foes, spin overhead ships, pummel squishy enemies and weigh down the switches.

And when you're tired of shooting things.....come on over to Grande Vegas for some "relaxing" casino gameplay.