What Are Some of the Most Interesting Facts about Casinos? 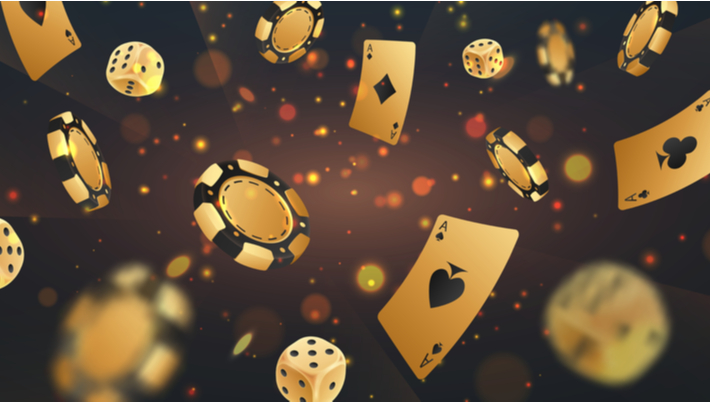 Vegas casinos have had a bouncy few years as a result of pandemic lock-downs, social distancing mandates and consumer reticence. But even as Omicrom dances its way across the world, Las Vegas and other casino sites continue to operate, attesting to gamblers’ attraction to their preferred form of entertainment.

In addition, those gamers who are forgoing their Vegas visits are signing up for online casinos in even higher numbers than ever, showing a preference for bitcoin casinos that feature slots and variety games.

With so many casino gamers online, it’s a great time to check out some interesting facts about American casinos.

Most people are familiar with the casinos of Las Vegas, Atlantic City, Monaco, the French Riviera and Macau but the first casinos originated in Italy. The word “casino” is even an Italian-inspired word which evolved from the Italian word for house – casa – and was used to describe gambling establishments in different venues including social clubs and summerhouses.

Casino gambling started to move from private houses to an organized venue with the Il Ridotto which opened in Venice in 1638. Historians say that entrance to the Il Ridotto was limited to the upper crust of society and included gambling, dancing, food and drink and entertainment.

Visitors were expected to dress to the hilt, behave according to specific norms and order from the menu. The government supported the gambling house’s activities because it paid a high tax on its income.

The Il Ridotto closed after the Church objected to gambling and casinos became illegal in Italy.

Despite COVID the gambling industry is experiencing record profits. In the United States, gambling revenue was valued at $13.6 billion in the second quarter of 2021 which sets a new record for the industry. Among states that allow gambling, revenue is up 22% in the third quarter 2021, an increase of more than $10 million year-on-year. There are 5300 thousand licensed establishments operating worldwide.

Everyone knows about the casino destinations like Las Vegas and Atlantic City but in the U.S., most traffic comes from customers who live an hour’s drive from the casino and visit the casino for an evening’s entertainment. Casinos pay approximately 30% in taxes on profits (exact percentage varies from one state to the next) while other entertainment sites such as movies and restaurants pay an average of 5% to 6% in taxes.

During COVID, Nevada’s locals casinos – casinos that focus on locals, saw an upturn in business while the big Strip and Downtown casinos suffered losses.

By law, slots must post their Return to Player – the percentage of payouts in relation to player stakes. The minimum RTP must be 70% according to the UK Gambling Commission which sets the standard worldwide.  That means that for every $1 bet, on average 70 cents must be paid out. The RTP must be posted on the machine.

The biggest slot machine win was $39 million which took place in the Excalibur Casino in 2003 in Las Vegas.  A software engineer placed a bet of $100 and hit the jackpot for a winning payout of $39.7 million. The biggest online slot machine payout was $20 million that was triggered in 2013 by a player in Finland.

The longest poker game ever played took 8 years. The game started in 1881 in Arizona and continued over the course of 8 years on a rolling 24 hour basis. Throughout the course of the game an estimated $10 million changed hands.

The game took place at the Bird Cage Theatre in Tombstone Arizona where theatre-owners Billy and Lottie Hutchinson sought to draw in the mining crowd. The high-stakes poker game that ran in the basement had a $1000 buy-in and hosted many of the Old West’s most notable personalities including Diamond Jim Brady, George Hearst, Wyatt Earp, Bat Masterson, Doc Holliday and Adolphus Busch.

The game ended only when the basement flooded along with many other local buildings. The Bird Cage theatre shut its doors and the 8-year-poker game’s record was never met again.

In the United States, as of 2020, there were 462 commercial casinos operating and 525 tribal casinos.  Casinos have become a major source of income for native tribes whose right to run casinos with minimal interference from state or interference was confirmed by a 1988 Supreme Court decision that verified that tribes would have control over their tribal lands. Gaming tribes have expanded their reach over the years with some tribes operating casinos in other parts of the country including in Las Vegas

Native American casinos are regulated by the tribal governments of the land where the casino is built, the National Indian Gaming Commission, federal statutes and the Interior Department. Tribes have the rights to establish casinos in any state in which gambling is allowed so, for example, in a state like Utah, which outlaws gambling, Utah tribes cannot open casinos. Tribes negotiate with the state in which their casino is located to determine taxes to be paid to the state and other details under tribal-state gaming compacts.

The poker world includes professional poker players whose incomes are derived from their poker playing activities. Both online and land-based casinos host poker tournaments where players can earn tens of thousands of dollar in one night – if they’re lucky.

Professional poker players decide whether they’re going to focus on high-stakes or medium stakes games but even those who play for medium stakes can look forward to earning a reasonable monthly salary if they budget their bankroll property and know which table to pick – the one where the worst players are sitting.

Professionals say that sometimes the luck-to-skill ratio can be 50-50 but when everything is balanced out, it’s the skill that is the most important element.