What are the 5 Best Board Game Apps That Allow You To Play Digitally? 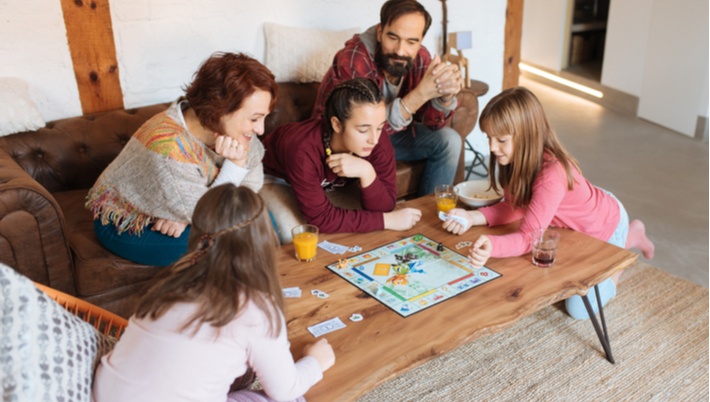 Gamers didn’t always play at the Vegas casino online. People have been playing board games for thousands of years.  Archaeologists have found evidence of a wide variety of board games in the ancient world from games not commonly known today such as Senet and the Royal Game of Ur to games such as chess and backgammon that are still widely popular today.

First of all, you can still enjoy the same social atmosphere by playing a multi-player game on your computer as you experience when you play together in a room. In addition, you can play against the computer so even if none of your friends or family members are available to play at the time that you want to play, you can still compete – you can even choose the level at which you want to compete against the online competitor! When you play against friends online you can play with those friends regardless of where they are physically located.

Not all board games transfer well to a digital version. The game designer must be well-versed in integrating the framework, the game engine and the programming so that everything runs smoothly in tandem to ensure that the gamer enjoys a quality gaming experience.

Many table games have been turned into games that can be played digitally. Some are better than others.

Which are 5 of the best apps for digital board games?

7 Wonders is played with three decks of cards which feature  life in ancient times. The cards show depictions of those civilizations including military activity and commercial activity. Through card-crafting the players form armies, develop science and do other things to build a civilization.

The game takes place over the course of 3 “eras”. Up to 7 players can play together. In each era the player builds up resources while creating “wonders.” Cities come with their own “wonders.” Rounds are played with cards dealt and after every round, the players move onto the next era.

This is a strategy game in which the player must exploit his/her strengths while evaluating his/her opponent’s weaknesses.

Ticket to Ride involves taking a journey across America with the goal of seeing as many cities as possible within 7 days. As the train moves across the country, players collect cars that depict the various types of train cards. In this way, they claim railway routes that allow them to move from city to city as the train travels across North America.

Players earn points based on the length of the journey with more points being awarded for longer routes. There are also Destination Tickets that connect 2 distant cities and the player can earn additional points if s/he fulfills those tickets by building the longest continuous railway.

Not only is this game fun and challenging but it’s very educational, giving players the chance to learn geography while they enjoy the gaming adventure.

This popular trading card game is now available as a digital game. Magic: The Gathering Area fans are passionate about the game but it’s hard to find fellow competitors who have the same level of commitment since there’s a significant investment of time demand  for gamers who want to play on a regular basis.

MTG events are held yearly but COVID-19 restrictions and the difficulty that many people have to travel to such events makes it difficult for all but the most dedicated players.

Casual MTG gamers can now play the game online. The once-physical card game transfers well to a digital platform and gamers can move forward as they unleash spells and summon strange creatures in an effort to move toward victory. The MTG version gives gamers the option to play against other real players from around the world (only two competitors are needed to get a game going) or compete against the program.

Paperback is kind of like Scrabble on steroids – a combination of the classic Scrabble word-building game together with elements of deckbuilding in which participants grow and customize a card deck through word-building and acquiring new cards. Players are encouraged to think creatively as they buy letters for their future turns.

When the player’s turn comes around s/he draws a hand of letter cards which s/he uses to create a word. Based on the number of letters used and the letters themselves, the player is awarded points for his/her word.  Based on those points the gamer can buy new letters and other cards.

Up to four people can play at once or, for players who want to compete against the program, there are three different levels of difficulty.

Raiders of the North Sea

Raiders of the North Sea includes all of the elements of Viking mythology along with a good old-fashioned battle game. In this game the player must manage a Viking group as they set off to conquer and plunder. The player becomes the Viking leader, steering the vessel towards new lands and new riches and strategizing the fights, all the while trying to keep the unruly Viking force in line and in control.

There’s an intricate gameplay system here as the player determines how to best deploy the Viking warriors who are under his/her command.   Resources must be gathered and preparations made for the raids including calculating and amassing the right amount of supplies and attracting a crew who will get the job done. When a raid is successful, the player receives victory points. The game is won when enough points are collected.

There are short episodic games as well as a 10-game long campaign mode for a those who are ready to dig in for a long campaign.