What are the Best New Mobile Games? 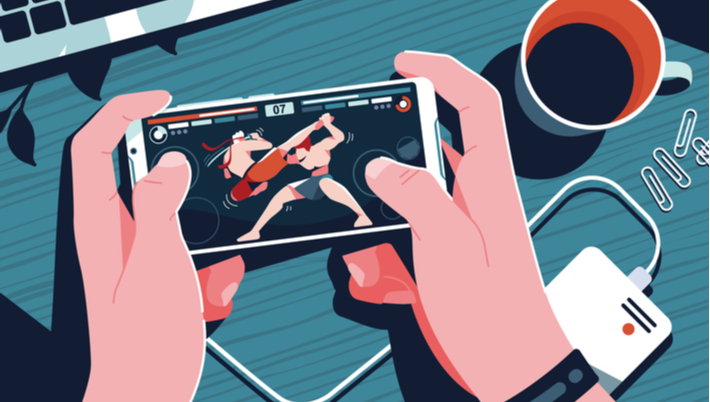 As the pandemic eases and workers go back to work, the loggerjams in the pipelines of new game releases are starting to ease up. Game designers, publishers and developers are able to release titles that have been lingering for months, even years.

With an ease up in pandemic restrictions and a spike in mobile gaming, the Google Play Store and Apple Play are experiencing heightened demand for mobile game apps, apps for mobile Grande Vegas online casino USA games, social media games and other mobile-enabled gaming options.

If the video game you were anticipating has been delayed, this might be the season that you’ll finally see it. The pandemic disrupted many different kinds of work places including game development studios where production issues, including the move to remote work, slowed new releases to a crawl.

Highly-anticipated games such as Hogwarts Legacy, Far Cry 6, Halo Infinite, Returnal, Prince of Persia: The Sands of Time and New World have had their release dates pushed off numerous times. The delays in mobile casino slots, new franchise entries, console games and other gaming adventures have left disappointed fans fuming.

The backlog hasn’t completely resolved but game companies are starting to catch up and gaming enthusiasts are starting to see the mobile apps emerge as they check their Apple and Android Stores.

As the publishers start to release the new games it became apparent that, while they waited for production to return to pre-pandemic levels, they were also recalculating. The pandemic demonstrated the increasing reliance on mobile for gaming entertainment.

While the entire gaming industry saw big gains between 2020 and 2022, the upsurge in demand for mobile games was especially pronounced. In 2021 the industry saw a record year for mobile apps with revenue of $89.6 billion by the close of 2021.

No other sector of the gaming industry saw the kind of meteoric  rise that the mobile sector experienced. Tom Wijman, head of reports and forecasting for  the Newzoo gaming data and statistics center said, “if anything, this shows that the games market is definitely no longer the seasonal, hit-driven business it once was”. The mobile gaming market now accounts for 52% of the gaming industry – as PC and console gaming dropped mobile gaming grew by 7.3%.

Even more significant for the industry, half of mobile gamers are women, meaning that the mobile market has captured a segment that other sectors have been trying to attract for years. The increasing emphasis on mobile can be seen both in the upsurge in new mobile titles and the adaptations of console and other games for mobile.

Some of the best new games for smartphone and tablet players include:

This multi-player online role-playing game is a free-to-play game which has now released its mobile version worldwide. The newest in the Ni no Kuni series, Cross Worlds brings players into a universe with two distinct worlds – a “real” world and a fantastical world. There’s a new storyline so even if you didn’t play Ni no Kuni before, you will have no problem playing this new title.

Kuni is a beta tester for a virtual reality game called “Soul Divers” Players are transported into a virtual game world where they compete missions up to and including becoming the rulers of their own kingdoms, saving the world, etc. When a girl name Rania loses connection to the Mirae Corporation, the game world glitches and Rania must find the player of Ni no Kuni: Cross Worlds.

Cities are attacked, dragons roam wild, batlike creatures step up to help and the levels become more intense as players search for an  artifact known as the Guardian Stone.Additional quests include visits to the Kingdom of Evermore and uncovering the secrets hidden in Soul Divers’ world. Rania’s true nature and motivations await reveal and players wait to see how the two worlds are linked.

The Titanfall universe is the backdrop for Apex Legends Mobile which has been rebuilt from the ground up for mobile devices. Mobile players can look forward to the mobile version’s own seasons of events and update cadence  which will not be tied to Apex Legends on console and PC.

That means that, despite the fact that the mobile Apex has a fraction of the content that you find on the console or PC versions you can look forward to a satisfying gaming event that includes the main points of the core Apex gameplay.

Apex is a multi-player battle royale. Currently, only World's Edge is available for mobile though King's Canyon is on the way. The maps translate nicely to the mobile screen with zones clearly marked so players can easily get from one point to the other.

Aiming is less precise than on the PC and console versions of the game but if you equip a better scope, you should be able to view the enemy fairly accurately.

Netflix is a new player in the gaming industry  and their exclusive focus on mobile games is another indication at how much emphasis the industry is starting to place on the mobile market. Relic Hunters: Rebels follows Relic Hunters Zero: Remix as a top-down looter shooter RPG with many options for upgrading and crafting a huge weapon arsenal.

The game, which is available to all Netflix subscribers, follows the Hunters -- rogue donkey Ace, the shooter Jimmy,  warrior Pinkyy and cool Raff -- who want to help young Baru who is trying to fight off the Ducan Empire on his planet so that he can reclaim the powerful Void Stone.

There are options to upgrade and customize weapons, add projectiles and more. Highlight of the game revolves around tasks that result in obtaining blueprints, materials and resources.