What are the Gaming Industry’s Newest Challenges? 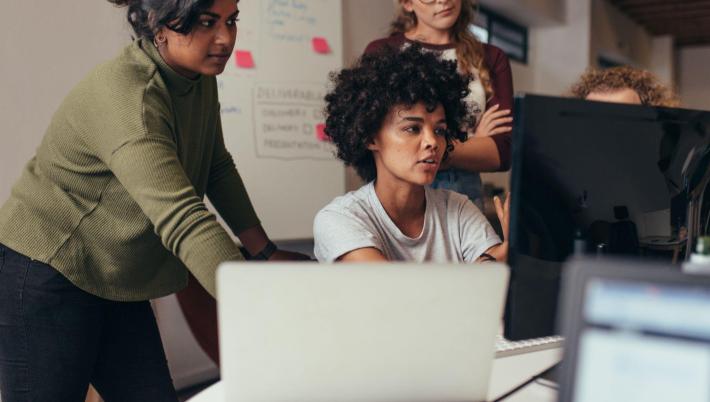 Worldwide, the gaming industry has experienced unprecedented growth over the last 2 decades, culminating with in industry explosion in 2020 and 2021 that saw the global games market increase 23% year-over-year. Five years ago analysts didn’t expect the industry to reach $200 billion mark until 2030 but that threshold will likely be passed next year and now the industry seems to be on course to reach $219 billion by 2024.

Yet the gaming industry is facing challenges as well. Worries about a recession that will impact on video games sales and Vegas online casino gambling keep many industry leaders up at night.  Gaming studies are also warily watching Big Tech who are actively pursuing policies that advance their own companies while they impact negatively on small businesses in the gaming world.

Some things to look out for in the coming years include:

The gaming industry has begun to turn to governments in an attempt to get them to intervene against the unfair policies of tech giants like Microsoft, Google and Apple. These policies, they say, are arbitrary and put their own small companies at an unfair advantage in the global marketplace.

For instance, Google has been accused of refusing to feature Indian online skill games on its Google Play Store while at the same time, promoting Chinese and western game including its own gaming service called Play Pass.

Gaming studios have been able to demonstrate that Google unfairly prevents Android app stores from advertising on its platform which limits consumer choice. Additionally, in many cases, when a user downloads an online gaming app directly, Google dissuades the installation of the app by showing a warning message.

Google has been investigated and fined by the Paris Commercial Court which charged the tech giant with abusive practices on the Play Store towards developers. In the coming months the US Department of Justice has announced that it will pursue an anti-trust lawsuit against Google based on its online advertising market monopoly.

The big tech giants’ moves to acquire smaller studios and companies is cause for concern within the games industry. Microsoft is moving to acquire Activision Blizzard for $75 billion and that prospect of a tech giant that’s valued at $2 trillion (yes, trillion), trying to wiggle into the games industry leadership is troubling to many.

Some observers believe that the move could precipitate a wider industry realignment and reshape the sector which would mean ever-larger gaming empires.

Today’s gaming audience is huge. According to Newzoo, a gaming market intelligence analytics firm, there are 2.69 billion gamers in the world today – almost a third of the world’s population plays games. Those types of numbers play to the strengths of the large companies who have the resources to build and manage such large online businesses.

Bing Gordeon, a venture capitalist and longtime video game executive, says “The new critical mass is bigger than ever. Someone’s going to create a games service with hundreds of millions of subscribers.”

The tech giants say that increasing domination of the mega-companies in the gaming universe will help bring the metaverse closer. That’s the way that Satya Nadella spins it. Nadella is Microsoft’s chief executive and he says that the big tech companies will move the internet’s next bit iteration forward.

Video games are seen as a path towards a more immersive online world and, in combination with the resources that the big companies bring to the table, it will soon be possible to do everything within games that you do in the real world.

The games industry is preparing to face a decline in video game sales which has people worried about a recession in the industry. During the pandemic the sale of video games shot up, expanding 26% from 2019 to 2021. Now analysts are predicting a 1.2% year-on-year decline in 2022.

Research from Ampere Analytics, a market data firm indicates that logistics disruptions and shortages of vital components which started to plague the industry during the pandemic have made it difficult for customers to find new consoles, either online or at on store shelves, and that, in turn, causes fewer games to be sold.

Rising inflation is also impacting on the number of games that customers buy while Russia’s invasion of the Ukraine meant that hardware makers such as Sony and Microsoft have suspended their operations in Russia – the world’s 10th largest games market in 2021.

Piers Harding-Rolls, research director at Ampere, said that “After two years of huge expansion, the games market is poised to hand back a bit of that growth in 2022 as multiple factors combine to undermine performance. Even so, the year will end well ahead of pre-pandemic performance, and the outlook for the sector as a whole remains positive, with growth forecast to return in 2023.”

But, added Harding-Rolls, a careful analysis shows that the  market can be expected to return to growth in 2023.