What are the Most Popular Game Genres? 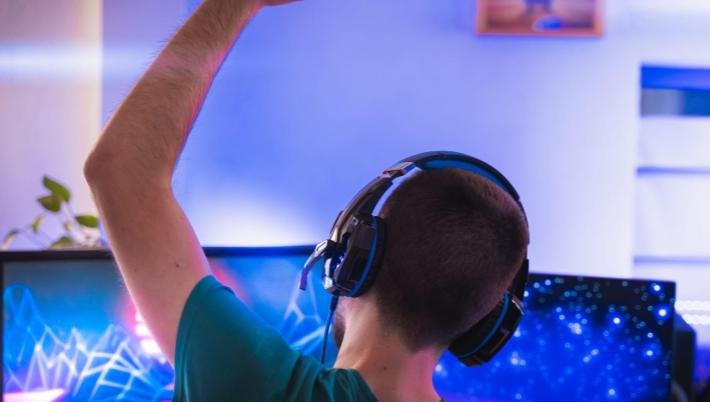 If you’re playing an Vegas casino online real money slot you can choose your preferred game by choosing a game that has a plot that meets your individual interests.

Video games, however, are divided into genres so players can more easily go beyond the storyline and identify the type of game that they want to buy and play. Popular video game genres include first-person shooters, racing games, sports games, strategy, puzzle and action-adventure games.

Some games are simple action, gunplay, and gore games but others are nuanced, storytellers that combine action with multi-player collaboration, skill development and even, often, a moral that encourages participants to think and consider what’s right and what’s wrong.

Some of the most popular game genres include:

Real-time strategy games, known within the gaming community as RTSs, got their start with a 1980s game called “The Ancient Art of War.” Different types of warrior units engaged in rock-paper-scissors-type gameplay that involved spearmen, horsemen and horsemen with spearmen. Over the years the genre evolved with players building bases, spawning units and destroying their opponents.

The RTS game that laid the groundwork for the genre that we know today was Blizzard’s “StartCraft” in which players must choose between advancing the Terrans, Zerg or Protoss races as they build buildings and advance storylines. StarCraft remains popular among certain groups of players, especially in South Korea where,  StarCraft cutthroat tournaments, prestigious gaming sponsorships and fandom communities are common.

RTS games have evolved in other ways though. Many are now historically based including the Age of Empires franchise where gamers play through real-world scenarios like the battles between William Wallace and the English crown, the Spanish Reconquista and the Hundred Years’ War giving players the chance to combine the building of structures and vanquishing of foes with the actual weaponry and building implements of the historical era in which the storyline takes place.

Real-playing games are a close second to real-time strategy games in terms of popularity. These games involve  players taking on the roles of game characters, sometimes with an overriding “master” who controls the story and the players’ interactions as they move from one quest to another.

Players create their own character both visually and conceptually by adding in the character’s backstory and then attributing the character with needs, wants, phobias, etc. One of the most famous of the RPG genre is The Elder Scrolls series, specifically Skyrim. These games are prized within the RPG community because there are seemingly no restrictions on the development of the character other than the player’s imagination.

Some types of role-playing games include tactical RPGs that have players making use of the environment through turn-based moves and rolls and Sandbox RPGs that emphasize freedom for the player.

MMORPGs take RPGs up a notch with a game played online against other role-players. MMORPGs take place in a detailed world in which multiple characters are developed by participating players around the world and then enter the virtual game world together to complete quests, oftentimes in teams.

With expansion packs that deliver new races and new quests on a regular basis, these games, including the immensely popular World of Warcraft, show no signs of slowing down and are, for many, the gold standards of gaming.

One step up from MMORPGs, the MOBA has become one of the most popular game genres thanks to it having become a staple of esports competitions in recent years. MOBAs require powerful PCs so they aren’t accessible to everyone but the mashup of RTS and RPGs, together with the high skill levels needed to compete successfully, make them especially popular among viewing audiences.

If today’s popular games don’t appeal to you, there are a number of lesser-known game genres that offer players today a chance to compete at a game in which they feel comfortable and challenged. Some of these game genres include:

Stealth Games – in stealth games, players behave sneakily as they complete quests through guile and subterfuge. Tasks in stealth games may include sneaking from one side of the map to the other without being spotted or grabbing an item without being caught. A lot of people enjoy stealth games because they feel that they are the best way to experiment and be creative within the game world.

As the name suggests, fighting games are a type of action game in which the fights take place among on-screen characters either one-on-one or with multiple characters (platform fighters). Joystick movements and carefully-timed button presses trigger special feature moves.

Survival games involve players being dropped into a hostile setting (a desert, the Arctic, a jungle) and, with little to no tools, must figure out how to survive. Gamers mix action, strategy and role-playing in their quests to survive.

Think survival game meets monsters/aliens/Nazis/ghouls, etc. The idea is, like a survival game, to survive but here, you have the added element of surviving in an actively antagonistic setting where your enemy is out to get you. To survive in this type of game you have to use both combat, intuition and survival skills.

In a text-based game the characters are encoded and they respond to text commands as the story moves along. Throughout the game the player is prompted to answer the question “what do you do” and the player must direct the next moves (‘turn left’, ‘walk forward’, 'turn on flashlight') to see the game advance. There aren’t many text games coming out now but players who enjoy a combination of writing and role-playing look for such games.