What are the Upcoming Trends in the Gaming Industry? 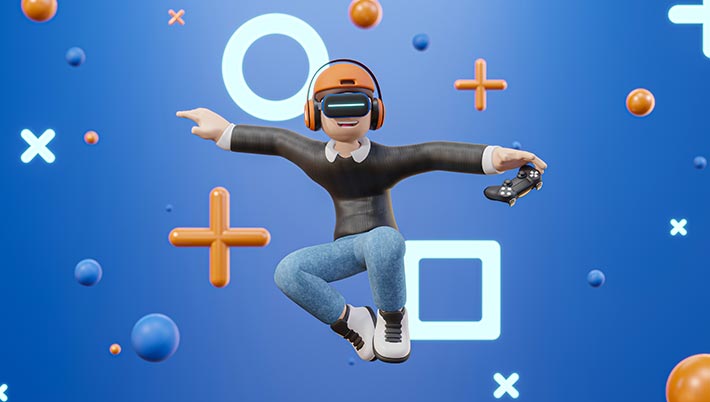 The last two years marked an era of unprecedented growth in the video and Vegas online casino gaming industries. Advancing technologies, new market indicators and changes in social media, the law and community expectations have made the “Corona years” a period of growth and expansion  in almost every sector of the gaming world.

As 2022 winds down, analysts, industry employees, execs, gamers, observers and others are watching anxiously to see where the gaming world will be moving in 2023. Some expectations include:

There are a number of new PC gaming platforms that are going to be giving current-front runner Steam a run for its money. For one thing, the GOG digital distribution platform is becoming more popular thanks to its new releases and old-school games. Other platforms to watch include Epic Games Store, Origin, UPlay and others.

The result of PC Gaming Platforms’ expansion is that more and more players are turning to PC gaming. There are a number of reasons for this change. It’s easier than ever to build a PC and once built, the user can make incremental upgrades for less than it would cost to buy a whole new console.

PC users have more opportunities to take advantage of newer hardware so performance can be better and digital distribution platforms make it easy to purchase and install games on the PC.

A big reason that both casual and professional gamers are switching to PC is that they can save big bucks on the costs of the games. The kinds of sales that exist for PC games aren’t matched by console games. Console games are simpler to load and play so there’s no worry that consoles will disappear any time soon. But PC gaming is definitely on the upswing.

Cloud gaming means that you can access any of thousands of games on your PC and play on the Cloud at your leisure. Cloud gaming isn’t completely new but there have been a lot of advances in Cloud gaming including a drop in device-dependent delays so 2023 is predicted to be the year when it really takes off.

Gaming on the cloud requires solid internet speeds. But the benefits, including lower hardware costs, more access to more games, continuity across devices, better in-game  intelligence, better graphics and the ability to play via cloud-based game processing hardware , mean that it’s an exciting trend that will most probably expand significantly during 2023.

If there’s one thing that gamers look forward to, it’s new games! With gaming studios back to full-capacity after the COVID shutdowns of 2020 and 2021, production ramped up during 2022 meaning that 2023 will see the benefits of those efforts. The expected new releases include both brand-new games, reboots and remakes. Some of the most exciting game releases expected in 2023 include:

The image of gamers as lethargic slobs who sit on their couches all day grasping a controller is outdated and will become even more archaic as more fitness games come on the market. Fitness gaming is a new trend which requires the player to be physically active in order to progress. This can be anything from running in place to strength training to using a controller to simulate real-world movements.

Fitness games add gamelike elements to fitness tasks like exercise routines and daily workouts. Results are tracked through the use of fitness tracking apps like rep-counters or pedometers that track progress. Users are rewarded when they reach goals and milestones.

eSports are advancing quickly and 2023 might be the year that esports events are announced as an Olympic Sporting event for the 2028 Los Angeles Olympics. Many of the general trends in the gaming industry will create tremendous changes in the esports sector including the introduction of cloud gaming, enhanced mobile accessibility and the expansion of virtual reality gaming.

As 5G networks become more prevalent worldwide, esports players will enjoy increased connection speeds of up to 10 Gbps, almost 10 times faster than 4G. Viewers will also benefit from 5G because they’ll be able to view esports competitions and tournaments live with interactive dynamics and in high definition.

Another esports trend to watch for is the penetration of social gaming where more games will be accessed through social networks. The trend is being spearheaded by brands who see it as an opportunity to reach audiences more easily and in a more relaxed environment as they aim to gain consumer trust and loyalty.

Virtual Reality and Augmented Reality Games aren’t new in 2023 but, thanks to enhanced technology, they are gaining traction. eSports teams and players are watching the trend carefully because they know that it will be in their space soon.

VR and AR will really change the world of gaming as they help to create virtual environments that stimulate the player’s physical presence in the space. Wearing a VR/AR headset or gloves gives the player the chance to experience realistic images, sounds and other feelings.

It’s taken way to long but the gaming world can look forward to having more women in gaming spaces and more women-centric games in the store. Statistics show that the number of women gamers in 2022 reached close to 50% and 45% of gamers in Asia are women.

Game designers are taking note and the coming year should see more women characters in games and more subject matter of interest to women in the games. Part of this is because there are more women game designers including Joyce Weisbecker, Mabel Addis, Carol Shaw, Dona Bailey and Danielle Bunten Berry.

Many of the best woman-centric games include Child of Light, Tomb Raider, Cities Skylines, Portal, Niche, Earthlight Spacewalk and, of course, Animal Crossing.