What are User-Generated Games? 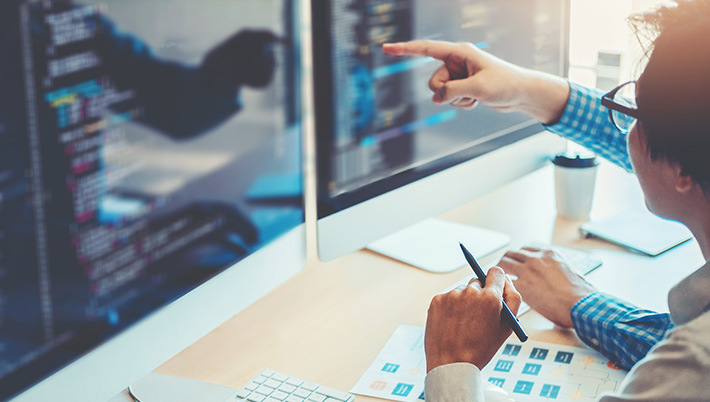 User-generated content, known in the gaming industry as “UGC” involves gaming content that has been created and posted by a user. UGC games are generally not featured at the online casino but are found on different types of online platforms including streaming platforms, video game platforms and social media.

UGC games have been available for almost 20 years but in the last few years, their popularity has begun to soar as gamers search for gaming adventures in which they can take a more active role in experiencing a game in which they feel that they have a vested interest.

Users have been generating content since the early 2000s for websites, video sites and Wikipedia pages. ROBLOX introduced the idea of users generating gaming content where collaborators can work together to create and discover in the parameters of flexible licensing agreements.

The Organization for Economic Co-Operation and Development defines user-generated content as a combination of creative effort, creation outside of professional practices or routines and the ability to publish the content. User-generated games differ from online, social mobile and console games in that it uses social networks to facilitate  low-cost game development with fast distribution.

One of the first modern UCG games is Minecraft in which participating players build 3D constructions out of textured cubes to promote building combined with creativity. Minecraft was followed by ROBLOX in which criss-crosses user-generated content with social gaming. Today, the lack of enough new content is causing gaming development companies to experience large drops in subscriptions and social gaming companies to struggle to cope with high customer turnover.

UGG however is enjoying high levels of engagement. Players are motivated to participate. With ROBLOX for instance, ROBLOX provides the platform and the tools while the freedom to create is in the hands of the players. Players are rewarded directly and with virtual currency and badges but also get the satisfaction of community support through feeback tools.

In the end, both ROBLOX and the players benefit as video games become a new form of social media.

The Gaming industry has not been quick to bequeath control to the users but it can no longer ignore the immense popularity of UGG. In the beginning, developers worried that users would change the developers’ visions of the games that they had designed. In addition, developers found that they were no longer conceiving a world for users but rather, were expected to let the gamers create their own worlds.

Today, in the UGG world, developers are learning how to let user’s imagination fabricate the path and rules that they wish to follow. But the wheel has already gathered momentum as it rolls down the mountain and big-name games such as SIMS, Minecraft and Fortnite are now committed to a UGG strategy.

The social aspect of UGG games allows for the games’ monetization. By engaging users and allowing them to share their content with others, participants experience a new way to create communities and socialize. With UGG people create a space that is entirely their own along with their realities.

For instance, in a partnership between ROBLOX and A skateboarding brand VANS, “Van’s World” was launched in which characters wear Vans products during visits to an interactive skate park. The characters embody the Vans brand and, through the virtual Vans World, users can buy virtual Vans clothing items, skates and sneakers.

Markets can target the content creators who are prepared to take a more active part in campaigns that affect them. As brands take their merchandise within games, they are more likely to be successful in creating interaction with the gaming community, specifically with younger audiences who they can reach while they’re immersed in their hobby.

Facebook Gaming is the latest big gaming platform to embrace user-generated games by incorporating Crayta into its network. With Crayta, players can create, play and share games with friends through collaboratively building games. In addition to the game-building option, there is a library featuring thousands of player-made games that gamers can play or change with their own creations.

Crayta is similar in many ways to ROBLOX but it’s bright, cartoonish art is a nod to games like Fortnite. Users can customize their own avatars, add in rotating sessions and use battle passes. Facebook, however, gave Crayta a push forward with a sharing element that allows users to share their game with friends and acquaintances with a click of The games will be free and will be hosted by Facebook.

Mark Zuckerberg announced Crayta’s addition to the new Meta platform saying, “A lot of times today, people think about the metaverse as 3D experiences you can have in virtual and augmented reality, but I think what Crayta shows is that you can both build and enjoy these kind of experiences really easily on all kinds of 2D environments including just within the Facebook App on phones and on computers.”