What Does Netflix’s Expansion Into Gaming Mean? 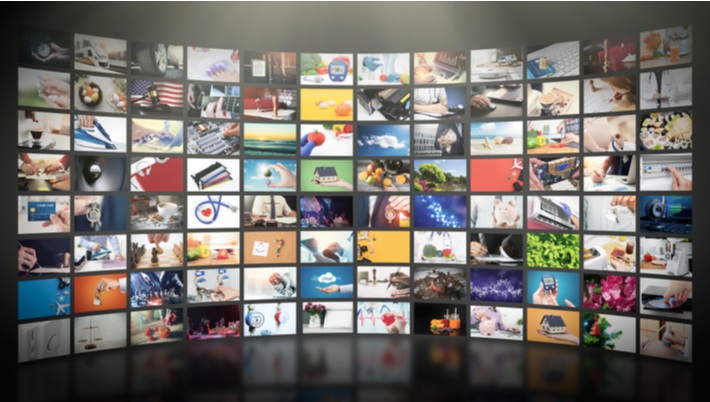 Netflix Inc. announced that it is planning to expand beyond movies and TV shows into the video game market. It will be partnering with Facebook and Electronic Arts in the effort to move in the new direction. Mike Verdu, a former Facebook vice president who had been leading Facebook’s efforts to bring games to Oculus virtual-reality headsets, will become Netflix’s vice president of game development.

Online casino aficionados and gaming enthusiasts will be able to enjoy Netflix video games on the streaming platform by 2022.  The games will appear as a new programming genre alongside the traditional Netflix films and TV shows. The company isn’t planning to charge extra for the games content at present though that might change.

Netflix has been exploring different options that would allow it to keep growing, especially in markets such as the United States where competition for Netflix’s existing offerings is high. They have already built up their kids’ programming, tapped Steven Spielberg to join their efforts to bring more prestigious films to the lineup and opened an online shop where online merchandise is sold. Netflix is still the premier streaming service but Netflix execs believe that it’s time to take a bold move and expand into the games’ market.

Verdu is a good pick to lead the charge. He worked at Zynga which provided Facebook with some of their first social media games and was at Electronic Arts during the time period in which they were developing popular mobile games such as Plants vx. Zombies, Sims and the Star Wars gaming franchise.

Now he will lead Netflix as they enter the world of video games.  Some observers believe that the move is risky for publishers and larger game developers and will have significant ramifications throughout the industry. Netflix believes that by offering a service that its direct competitors aren’t  currently providing, it will provide customers more for their money which will help them bring in new customers and create loyalty Netflix among subscribers.

Netflix is almost certainly considering how bringing games to its service will allow them to justify price increases in the future.  Netflix isn’t the first company to sell gaming options alongside their video services – Apple’s Arcade platform offers games as together with a TV+ service where people can develop original videos. But Arcade adds on an extra charge for the gaming.

According to Geetha Ranganathan at Bloomberg Intelligence, “This is a natural extension of its Netflix’s content strategy, allowing it to mine intellectual property from popular shows like ‘Stranger Things.’ Though it may not generate much additional revenue, it will help deepen engagement and increase the service’s appeal and pricing power. Don’t expect this to be a turning point, but it shows that the company will explore new formats to increase time spent on the platform.”

The expansion into games isn’t a complete surprise. Netflix has been licensing the rights to games such as Stranger Things that are based on Netflix shows. It also created interactive programing including choose-your-own-adventure-style shows such as Black Mirror and Carmen Sandiego. These formats weren’t really video games but they demonstrated the direction in which Netflix wanted to move. In their first foray into game development, Netflix created a Twlight Zone-like anthology called Black Mirror: Bandersnatch in which viewers were given the opportunity to create their own path in the story of a young programmer who, as he works to adapt a children’s book into a video game, begins to lose his grip on reality. Now, the new initiative is aiming to encompasses a larger market

The company will almost certainly start out with the development of a few games and build from there. If Netflix succeeds, it will surpass other studios which tried to create hit titles in-house and failed. Disney made three attempts to establish an interactive division and then shut down when it was unsuccessful.  Sumner Redstone poured millions into the company behind the Mortal Kombat series and then saw it disappear. NBCUniversal created a game publishing business in 2016 and by 2019 it had closed. Warner Bros. is the only studio that has seen success in its venture into gaming with its Lego Movie, Mortal Combat and Harry Potter titles.

Netflix’s “game plan” differs from those past efforts in that, according to a job listing, they are focusing on creating “new types of stories and new product experiences.” They wish to “enhance and deepen member engagement.” In Black Mirror, viewers interacted with plot elements to change the direction of the characters and the story with game-like elements – divergent storytelling, light interactivity, etc.

Now, Netflix Interactive games, the job listing says, wants to expand its slate of interactive capabilities and innovations “including but not limited to new types of features, game-like experiences, and different ways of interacting with stories. It's time to reimagine the future of entertainment yet again." This hints at Netflix’s objectives -- rather than creating traditional video games, it seems to be aiming to do something interactive that integrates the film world with the video game world.

Greg Peters, Netflix’s chief product officer says “There's no doubt that games are going to be an important form of entertainment and an important sort of modality to deepen that fan experience.  So we're going to keep going, and we'll continue to learn and figure it out as we go.”