What is Facebook Gaming Doing to Become #1 Gaming Platform? 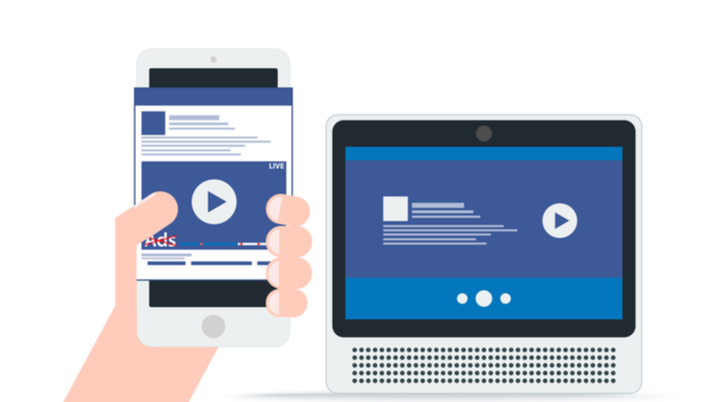 Facebook Gaming debuted in 2020 and from the get-go it has been pushing to take over as the #1 social media gaming platform for content creation, competitive gaming, content viewing and casual gaming. Facebook Gaming isn’t focused on real money online casino gaming in the same way that players find at the Grande Vegas no deposit bonus code casino. Its target audience is gamers, streamers, viewers and other fans who want to take console gaming to a new level of competition and engagement.

One of Facebook Gaming’s tactics involves making the platform as interactive as possible by introducing features that take interactivity to the next level. The latest feature, introduced in December 2021, is called “Play Watch Connect.” Play Watch Connect invites viewers to enter game streams and get actively engaged in what’s happening on the screen.

Facebook believes that social media should be able to give gamers more opportunities to engage in a gaming experience beyond watching gaming videos, connecting with other fans and viewers and playing simple social media games. The Facebook Gaming stand-alone app is taking social media gaming one step forward by allowing users to jump in and play with the streamers live without any need to buy, download or install the game.

With the Play with Streamer feature viewers can enter the game and play directly with the Gaming creators, even while the stream remains picture-in-picture. The goal of this feature, Facebook says is to show that “Facebook Gaming creators are more than entertainers — they’re community builders who bring people together over a shared love of games. To do that, they engage with and build relationships with their communities. We want to build tools that help our creators do this in new and meaningful ways.”

Until 2022 Facebook Gaming will be giving 100% of game revenue to creators.

Live gaming is meant to be an active experience thanks to the new Facebook Interactives which are new experiences that have been layered on top of the livestreams. These features, which are still being rolled out, may include such elements as audience polls, playable games on-stream, trivia questions and other components that enhance the interactivity of the gaming action. Facebook says that it hopes that its Interactives “will make watching live video a more immersive, social, and engaging experience for our platform’s viewers.”

Facebook is also introducing a new Pac-Man Community where modern touches are added to the classic Pac Man gaming action. In the Pac Man community Watch mode, Pac-Man Community becomes both an instant game and a community. The game can be played for free on any PC or mobile device without any download. In the Community Mode there is a real-time cooperative multi-player that can be streamed on Facebook so the gamer can play with people who are matched.

Game elements include a Maze Creator feature with 3D mazes in which an AI-controlled Pac-Man and other ghosts power up and compete against each other. In the Pac-Man mode you can test your own gaming skills in either the Community Mode or the Classic Mode to achieve new rankings. Facebook aims to turn the Pac-Man interactive livestreams into a global arcade where everyone has the chance to play together.

Additional features are expected to be announced in the coming months.

Facebook Gaming has been gaining on its competitors in its aim to reach #1 spot at the Internet’s main site for gaming entertainment. Streamlabs, a third-party software-maker, and Stream Hatchet, a data analytics company, recently released a report that showed that for the third quarter of 2021, Facebook Gaming has been advancing on YouTube Gaming and Twitch in gaming livestreams watched (their hours watched surpassed that of YouTube and increased, while Twitch’s numbers decreased) and hosted (numbers fell  for both Twitch and YouTube Gaming while Facebook’s numbers increased).

Amanda Jefson, director of product at Facebook Gaming, told Digital Trends that Facebook is “looking at sustained growth in the number of channels.”

Part of Facebook’s success has been its investment in new features. In addition to its newest Pac-Man Community and Play Watch Connect the platform includes basic features such as: