What is Metaverse’s Horizon Worlds? 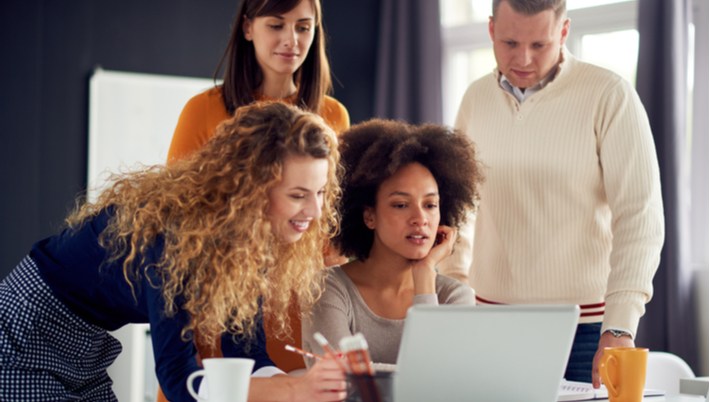 Gaming companies have been working on creating a Metaverse for years – a virtual reality world where you do everything that you would want to do in the real world while sitting in your own home. You can shop, go to work, play games, watch concerts, go to school, and participate in a community that is formed and inspired by those experiences.

Last month Facebook launched the Horizon Worlds, an metauniverse that is open to anyone 18+ with templates, online casino access and mechanics for creators to build games, a 3v3 laser tag game, interactive virtual reality games and endless opportunities for expansion and growth.

Facebook sees Horizon Worlds as a social VR experience where people can gather online to create and explore together in a cooperative VR community space. Grande Vegas Casino login invites you to take a virtual tour of the new Metaverse Horizon Worlds.

Horizon Worlds was envisioned as a social virtual reality experience which draws visitors into a space where they can explore and create together. Facebook has equipped Horizon Worlds with best-in-class tools to empower them to build and explore worlds collaboratively through socialization, work and play.

Horizon Worlds and the Metaverse that hosts it have been called a “futuristic technological concept” where everyone comes together.  It’s a stand-alone app that is free to use, though it requires the use of a headset that can run between $300 - $400. The project has already introduced a number of tools and adventures and more are anticipated, thanks to the focus on user-created games and explorations. Even Facebook execs admit that it’s not yet the sprawling virtual world that was originally touted but with time, they hope, things will develop.

Early visitors to Horizon Worlds say that there’s still work to be done – your floating avatar might be seen as being kind of creepy and it’s hard to get the avatar to reflect your real feelings. The hand controls are also kind of primitive. Concerns are also being raised about the kinds of inappropriate online behavior – harassment, stalking, underage use, abusive behaviors – that is common in other Internet forums.

When you first open Horizon World you are given a choice of playing games, hanging out or attending an event.

If you want to hang out you can head to the Plaza, a meeting space which you enter via your regular Facebook account and where your avatar appears alongside the avatars of other people who are visiting the Plaza at the same time. You can ask the “community guides” for help, get a feel for the controls and just generally meet and get to know people.

Some of the ideas of things that you can do in the plaza include hosting a comedy show, enjoying a movie night, creating a meditation session, try out some of the custom items that other users are building like a paper plane launcher or a bow and arrow, enter a building competition, etc.  From the Plaza you can teleport out to different worlds where games, building materials and other collaborative activities await.

The new worlds within Horizon Worlds include those built by Meta and others built by users. From the Plaza a visitor can access a wide range of worlds and tools including a virtual camera and a reporting tool to be used to report inappropriate behavior.

Some of these worlds include:

Some of the worlds have been created by users but if you look under the user name for Horizo Worlds (Horizon_Worlds) you’ll find worlds created by Horizon itself which, at this stage of the game, are generally more compelling and more interactive than those created by other users.

Another well-reviewed Horizon Worlds game is the Horizon's Haunted House of Horrors which features an assemble-you-own-Frankenstein lab, ghosts that pop out from walls and animated paintings hanging throughout the house.

As more users take advantage of the Horizon Worlds’ creative tools, more activities and games will be made available.

To enter Horizon Worlds you need a VR headset and a Facebook account. You will also have to upgrade your Oculus Quest system and you might have to update your Horizon World account as well.

There are still some bugs in the system such as the spatial and localized audio, the feel of a small and sparsely populated environment and the way that the remote visualization seems to disappear for animated hands. Due to Quests being tied to the user’s Facebook account, the user is identified within the Quest by their full name which can make one feel exposed.

Users are invited to create an avatar with hairstyle, clothing, skin tone and facial features of their choice. Once the avatar is up and ready to go, the user can navigate between the three primary environments – Play, Hangout and Attend – and then from those spaces, into the smaller worlds.

In addition to the Play environment which features mostly user-created simple games, there’s “Attend” where the user can RSVP to events that s/he wants to attend and Hangout’s “Plaza” where there are fun activities (additional hangouts, in addition to Plaza, are being planned.)

Users can either “teleport” from one sport to the next or “glide” with a new movement style.

Horizon Worlds is still in its infancy stage but there are plenty of plans afoot to create endless exploration opportunities. Metaverse would be well-advised to keep in mind that the need for the VR headset may deter some potential participants and stall expansion.