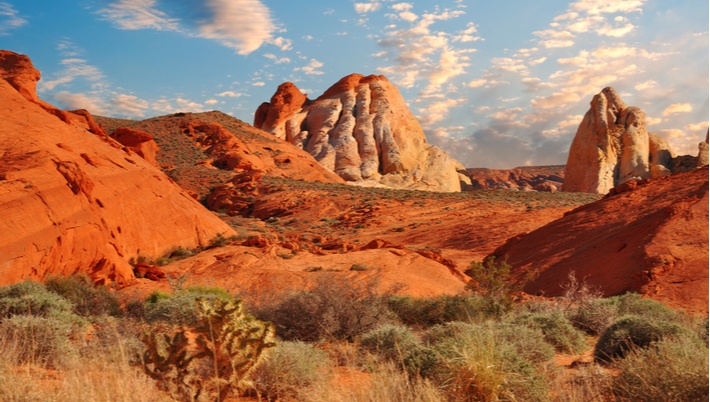 Gambling in the United States

Gambling laws in the United States were heavily influenced, for centuries, by the Puritan ethic which saw gambling as “idleness” and “ungodliness.” During colonial times most colonies had anti-gambling laws which carried over to become state laws in many locales after the Revolutionary War.

Lotteries were tolerated in many regions and craps became a popular diversion that was played on river boats, in saloons and on wharfs. New Orleans allowed gambling dens in the early part of the 1800s  and the city licensed and taxed casinos. Over time, riverboat gambling became popular. By the late 19th century coin operated gambling machines – fruit machines, the precursors of slots – could be found in many salons and even candy stores but by 1910 there were anti-gambling laws in nearly every state.

Commercial gaming was legalized in Nevada in 1931. It had been banned until that year but economic hardship brought on by the Depression convinced state lawmakers to legalize gambling in order to generate revenue. Assembly Bill 98 legalized a number of games. Small card games and bookies could operate legally and from that time, the regulated modern casino industry flourished in Nevada.

Reno was the first city to become a gaming center but smaller casinos, such as the Railroad Pass, were established and grew, boosted in part by the Boulder Dam project that brought thousands of workers to the area.

After WWII Nevada casinos’ popularity grew. Organized crime focused in on the casino industry but they mainly concentrated their energies on Las Vegas, the new casino hub, and he small casinos were left alone.  In other parts of the country, meanwhile, sentiments remained firmly anti-gambling and until New Jersey began to build casinos in the 1970s, Nevada was able to enjoy a cornered market.

Railroad Pass casino has carved its place in history. It’s not as big or as opulent as the Vegas and Rena casinos but its role in the early days of Nevada gaming is notable.

Railroad Pass was named for a railroad track that was supposed to run through the town of Pioche and continue south into the Las Vegas Valley. After Pioche declined the railroad never moved any further. There was a schoolhouse that sat on a hill which overlooks the travel center today.

When the railroad was extended to carry supplies for building the Hoover Dam, its first load of supplies were for the building of the Railroad Pass Club, which opened in 1931. The Club served workers from the Hoover Dam who would come in to listen to the five-piece band, play some games and get an illegal drink (it was still Prohibition Era throughout the United States). There was a password, “gaiety” and entrance was limited to those who knew it. Heat was managed by damp sheets hanging from the ceiling and electric fans.

The club was a popular gathering place but during the Prohibition, the gaming activities weren’t the main focus of the club – it was, mostly, a speakeasy operation and the gaming was there to divert attention from the drinks being served.

The building features safes that were built into the wall and covered by carpets. A vault room protected the dam workers’ pay was held – that safe is still there though after the combination was lost 30 years ago it was never opened.

Henderson was a natural choice for the Railroad Pass Club. It’s close enough to Las Vegas to make it possible to commute and, thanks to the influx of workers and their families who came to work on the Hoover Dam, is big enough to support a vibrant gambling venue.

For people who want to enjoy different types of activities there are more than 80 miles of trails for walking, the Lion Habitat Ranch where retired MGM lions live out their retirement and ghost sightings at the local Foxridge Park.

In addition to the Railroad Pass Casino, Henderson is home to Station Casinos and the Sunset Casino.

Railroad Pass casino has passed through multiple owners over the years but it is now owned by MGM Entertainment. Unlike their other high-end casinos such as Mandalay Bay and Bellegio, the Railroad Pass takes a down-home, locals-oriented approach.