What is the Future of Online Gaming and Sports Betting in North Dakota? 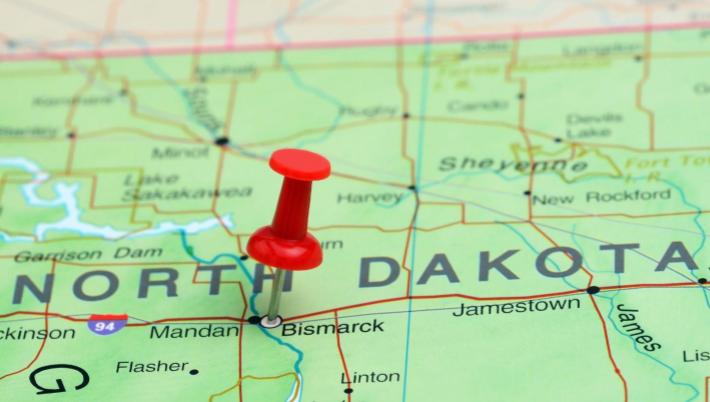 Gambling in North Dakota is mostly operated by five gaming tribes who operate casinos where they offer poker, slots and table games. Now the tribes are pushing for Vegas casino online gambling and sports betting in the state which they expect to be allowed to operate.

North Dakota currently has no sports betting or iGaming sites but the state’s gaming tribes are lobbying for exclusive rights to host sports betting and internet gambling in the state. They are staunchly opposed by charitable gaming advocates who see the wagering sector growing and object to the creation of what they see as an unfair monopoly.

In North Dakota, five native tribes have gaming compacts with the state. Tribal-state gaming compact is required under the federal Indian Gaming Regulatory Act (IGRA) as the mechanism that enables Indian tribes to negotiate and agree to conditions with the state in which they wish to operate Class III gaming activities on their lands.

Items for negotiation include the percentage of revenues from the gambling operations that will be paid to the state, fees that the tribe will pay to the state for its license, types of games allowed, etc.

The IRGA established the concept of compacts to allow tribal and state government to resolve questions of overlapping jurisdictional responsibilities relating to gaming operations on Indian land. The compacts are regulated by the Federal government which mandates that the compacts be negotiated in good faith.

Indian tribes in any state that allows gambling of any kind can enter into negotiations with their state government to establish a gaming compact.

The previous gaming compact between the gaming tribes in North Dakota and the state is set to expire in 2022 and the tribes are now seeking exclusive rights to operate sports betting and internet gambling in the states. The stakes are high – if approved, such a new agreement would create a monopoly market worth millions of dollars.

Tribal casino operators want the state to relate to the changes that electronic pull-tabs for charitable gaming have created for gambling in the state. They say that these type of pull-tabs siphon off significant revenues from the existing casinos.

Spokespeople for the tribal casinos say that they can’t compete with the e-tabs which are located in convenience stores and other easily-accessible locations throughout the state. So far in 2022, these Vegas-style gaming machines have pulled in revenue of almost $1.75 billion.

Some casinos have seen gaming tables reduced by half and have had to close eateries and poker rooms altogether. For many tribes, the casinos are the reservation’s main source of employment and the loss of traffic is concerning.

Charitable gaming organizations, not surprisingly, see it differently. The Veterans of Foreign Wars, for instance, relies heavily on the proceeds that it takes in from charitable gambling operations.

Both Indian gaming and charitable advocates agree that internet wagering is the future of the gambling industry. Mike Motschenbacher, executive director of the North Dakota Gaming Alliance, says that creating a monopoly would decimate the charitable gaming industry.

He notes that tribal gambling casinos can offer table games, slot machines, roulette wheels and other games that charitable gaming operations can’t feature. If the tribes market more aggressively, he said, their revenues would increase. “They have the advantages. They have nicer, giant casinos.”

A Piece of the Pie

Representatives of the gaming tribes, however, say that the e-tabs have made a significant dent in their operations – operations that provide jobs and vital services to residents of the reservations. People now expect the kind of convenience that online gaming offers and the gaming tribes want a piece of the pie.

The United Tribes Gaming Association puts forth numbers to bolster its claims. Before the casinos opened in the ‘90s, the unemployment rate on North Dakota reservations averaged 60% - 70%. Cynthia Monteau, executive director of the United Tribes Gaming Association, said that the casinos created jobs for both tribal and non-tribal members. “Many businesses in Bismarck serve Prairie Knights Casino, for instance, and have long-standing relationships.”

Monteau notes that gross proceeds from e-tabs since have exceeded $4 billion since 2018 when they were introduced. “So it’s pretty hard to say the scales are tipped in favor of the tribes. It’s pretty hard to say that…..we came to the table looking at how we can present a win-win situation. That’s what we’re trying to do here.”