What is the Wampanoag Casino? 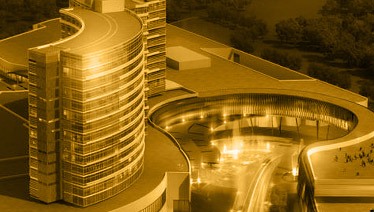 A long-running effort by the Wampanoag Tribe of Massachusetts to open a Class II electronic bingo hall on Martha’s Vineyard has highlighted a uniquely American situation. Native American tribes are given leniencies in regards to casino operations that aren’t provided to non-Indian casinos.

A case in point involves the efforts of the Wampanoag Tribe of Gay Head on Martha’s Vineyard to open a new electronic bingo hall. Massachusetts Attorney General Maura Healey, together with the Aquinnah/Gay Head Community Association, asked the U.S. Supreme Court to hear its appeal to halt the establishment of the casino in Gay Head.

In the appeal, the 2 parties requested that the Supreme Court instruct the US Court of Appeals for the First Circuit to give further consideration to the question of whether the tribe could erect its gaming center in Gay Head. The Supreme Court responded last week by refusing to hear the case. With this refusal they allowed the Wampanoag Tribe to move forward with the bingo hall.

The Wampanoags, whose tribal lands included the Gay Head (Aquinnah) region of Martha’s Vineyard, have been trying to incorporate Class II gaming into the tribe’s Gay Head Community Center for many years. Up until now, consecutive legal actions brought by local organizations, community groups and even the State of Massachusetts have stymied the attempts.

A lower court gave permission for the gaming hall to open and the ruling was upheld by the United States Court of Appeals for the First Circuit. That court refused to hear an appeal to its ruling and it was that refusal that the Attorney General of Massachusetts, together with the Gay Head Community Council, was appealing.

The decision of the Supreme Court, to not intervene in the Appeals Court’s decision, means that the tribe can begin the process of bringing electronic bingo terminals to the Vineyard.

Ronald Rappaport, an attorney representing Gay Head/Aquinnah, said “We’re disappointed that a ‘cert’ was denied but know it’s only granted in a small number of cases. I’ll be meeting with selectmen later this week to discuss options.”

In general, gambling activities are regulated by local authorities -- either state governments or the governments of individual cities, counties or communities.  However, these laws do not affect gambling sites that are administered by Tribal governments. These areas have tribal sovereignty and are regulated under the 1988 Indian Gaming Regulatory Act which mandates that the federal government is the sole body responsible for sanctioning Class I and Class II gaming facilities.

In 1983 the Wampanoag Tribe had originally agreed to relinquish their right to open a gaming site in exchange for being granted about 400 acres of tribal land in the town of Gay Head. Subsequently, however, they contended that the Gaming Regulatory Act of 1988 invalidated this agreement since, according to the new law, only the federal government could decide whether or not a native American Tribe would be able to open a gaming facility.

In addition to the original 400 acres of tribal lands that was given to to the Wampanoag in 1983 the tribe has an additional 17 acres of land in trust as sovereign tribal territory. This makes it eligible to host Class 1 and Class II gaming events.

Today there are close to 500 gambling operations run by 240 tribes in cities and rural areas around the United States. These casinos bring in annual annual revenues of billions of dollars.

The tribal casinos were made possible by the Gaming Regulatory Act of 1988 which grew out of a Minnesota couple’s property tax battle. Russell and Helen Bryan, a Chippewa couple living on reservation lands in Northern Minnesota, received a property tax bill from Itasca County in the early 1970s. The couple challenged the tax based on the question of whether a state government has the right to impose state taxes on native Americans living on tribal lands., Minnesota courts sided with the state but when the case reached the Supreme Court the justices delivered a unanimous decision that stated that states can neither tax natives on their reservations nor regulate native activities on their reservations.

Tribes took advantage of this ruling to begin to operate gambling activities on their reservations. One of the first such venues was the Seminole Tribe’s Florida Bingo Hall which was built near Fort Lauderdale. This law flouted Florida law in a number of ways, notable the number of days per week that it was open and the jackpot amounts.

When the local county sheriff arrested the casino operators the tribal leaders fought back in court, noting that Native tribes were granted sovereignty rights that are not subject to state law and are protected by Federal law.  The Seminole casino prevailed in a clear U.S. District Court ruling.

Different tribes continued to test the boundaries of the Supreme Court ruling in different ways -- offering more gaming options and bigger prizes than state law allowed. The states tried to push back. There was little clarity across the board. When the Cabazon and Morongo tribes of California cobbled together a bingo and poker hall in 1980 the local sheriff confiscated cash and arrested people, effectively shutting the site. The case led to a comprehensive review of state law by the Supreme Court which ruled conclusively that only Congress could regulate native gambling.

Today dozens of tribes benefit from that ruling and operate casino facilities. The revenues from these gambling sites are maintained within the reservations and are directed towards health, education, housing, jobs and legal services for reservation residents.

Differences Between Tribal and Commercial Casinos

Some reservations have their own internal regulations that limit what’s offered at their casino. In those instances, the commercial casinos in the state may actually offer more games or different types of games than those that are featured at the tribal casino.

The Wampamoag Tribe stands to benefit from a law that tries to address many of the wrongs that were visited on America’s native American tribes. It’s now up to the Wampamoag to create a successful gambling venue on their native lands.