What Makes a Good Game? 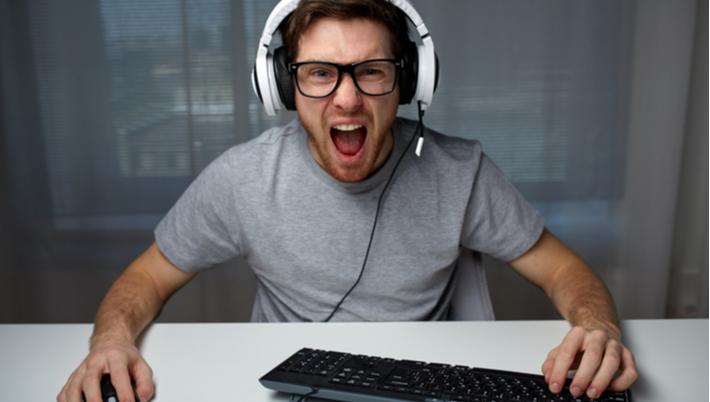 Within the last few decades a wide range of types of games have emerged. Gamers have their choice of social games, video games, console games, Grande Vegas no deposit bonus code games (wink, wink), lottery games and much more. The games vary widely but game developers know that, regardless of the platform, the design needs to focus on four key areas in order for the game to be a success.

Elements of a quality game include good gameplay, story,art design and imagery and some element of a challenge. The better these elements are, and the better that they integrate with one another, the more successful the game will be. Some games actually succeed without one of these elements but in general, it’s  suggested that that four elements combine.

Conversely, it’s not necessary for a game to include a massive game world or a big budget movie title to become popular. Some of the games that enjoy the best reviews manage to successfully optimize these elements without any grandiose presentations.

If you are considering creating a game, marketing a game or even just finding a good game to play, check how the game matches up to these elements.

It is possible for a game to be built entirely on great gameplay. The storyline doesn’t always translate to a challenging and interactive experience for the player. The ultimate goal of a game should be to give the player the chance to immerse him/herself in a different setting. However,in contrast to watching a movie where you have a passive role, gaming involves a participatory environment in which  the player enjoys control and feedback.

In Fortnite, PUBG and the Call of Duty series, for instance, the storylines have never been the games’ strong points. Players often skip over the campaign parts of those games and go straight to multiplayer where they enjoy everything that they are looking for in their gaming entertainment.

Having said that, it’s important to dismiss the importance of a good storyline. While gameplay is the ultimate goal of any game, a good story can still play a major role in a game's success. A great story is a key element in keeping players immersed in the world that the game tries to create. You want players to feel attached to the characters so that they’ll want to keep playing so that they see how the story unfolds.

Some developers make the mistake of thinking that the gameplay will save the day, especially if the game is a single player-only experience. Industry insiders remind developers that they shouldn’t take that for granted. In the long run, it’s worthwhile to invest in the story while designing the game so that no unexpected surprises come up later.

From the outset, a game should be designed with a clear understanding of what the player experience should be through a story told in an interactive setting. The most immersive games are, almost always,those that draw the player in and make the player want to keep moving in order to see how everything ends.

That’s something that especially designers of single-player games should keep in mind because such games tend to be limited in the overall gameplay they offer due to the lack of any type of multiplayer element. If such a game offers a story well told, it can succeed in drawing in players.

It may seem obvious but it needs to be said -- good graphic imagery is a must for any video game. Even if the images are simple animations, you want the player to be drawn in to the look and feel of the game through the environments, the characters and even the lighting.

Advances in hardware and software have fueled an advance in graphics. Increasing numbers of games are focusing on hyper-realistic experience, through graphics,that encourage a full immersion. The realistic graphics fit the style and world of gameplay that the designers want to create.

While great graphics don’t always translate into a realistic experience, they certainly help. Designers can’t rely on the graphics though -- some games with the best graphics have failed because the gameplay or storyline wasn’t up to part.

Graphics don’t have to be realistic either. A cartoony type of graphic might be what’s needed to fit with the storyline and the gameplay and a number of those types of games have enjoyed great success in the marketplace. And, in a perfect example of how gameplay triumphs all, the graphics in Minecraft, which are simple and unrealistic, haven’t stopped the game from becoming an industry legend.

If the game art is compatible with the story and/or the gameplay, the game has a good chance of being a success.

In general, players want to be challenged when playing a game. Each level or mission should carry with it a feeling of accomplishment upon completion.

These games, including video games, online casino games and social games, mean that players should be given choices within the game and opportunities to move from one level to the next. Whether it’s the challenge of choosing a strategy for the gameplay or deciding on a betting strategy with a betting game, the need for some kind of challenge in which the player needs to think/explore/consider options is inescapable.

Every game needs enough of each key element to offer gamers a successful and interactive gaming experience. The percentages of each of these elements in different games varies but they are all important elements to consider when designing a game.