What Popular Movies are Based on Games? 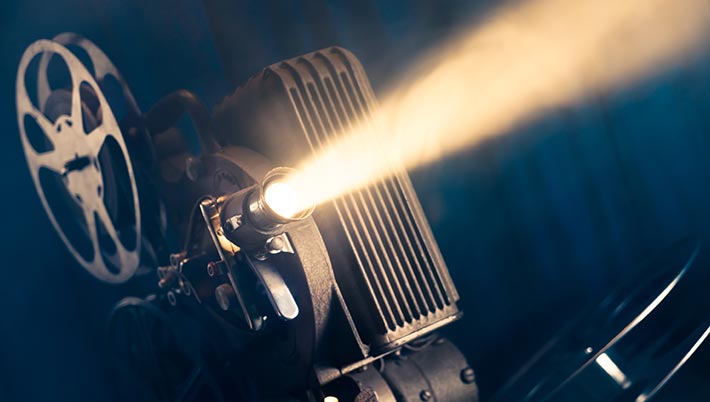 Games based on movie storylines is nothing new.  In our own Vegas online casino you'll find a few.  Some of the gaming industry’s most popular and lucrative games including the entire Star Wars and Harry Potter franchises were based on beloved books/movies.

But less-well recognized are the movies that are based on games.

Some of these movies became well-known in their own right and some blew by the wayside but you might be interested to know which movies were inspired by games.  They include:

Super Mario Bros was released in May 1993 and did a whopping $38,912,465 worth of box office business. It wasn’t a critical success but Super Mario fans and others were satisfied with the opportunity to expand their connection to their gaming entertainment.

Dennis Hopper, Bob Hoskins and John Leguizamo head the cast of this movie in which Mario and Luigi Mario, 2 plumbers, become intertwined into an alternate universe where dinosaurs wander through a medium high-tech environment.

Mario and Luigi are tasked with saving the Earth from invasion while they rescue a princess evil dictator from lizard King Koopa. Along the way they befriend Daisy, a young paleontologist, battle saboteurs hired by rival businessman Anthony Scapellli, explore the Dinohattan hidden world and try to outwit misfit thugs while battling giant reptilian goombas.

Prince of Persia: Sands of Time

Prince of Persia: The Sands of Time, the game, was published by Ubisoft in 2003 and follows an unnamed Prince who obtains the Dagger of Time. Meanwhile, his father, the King, has been tricked into releasing the Sands of Time which turns the people of the city into vicious monsters. The Prince teams up with the Princess Farah to turn things right again.

Walt Disney Studios continued the tale in their 2010 movie of the same name by telling the story of Dastan, a Persian street urchin (Aladdin anyone?) who is adopted by the King and teams up with the King’s sons to thwart the kingdom’s enemies. Dastan is, however, framed for the king’s death and must hide out with Princess Tamina until they can convince the new king of his innocence.  He comes into possession of a sacred dagger. After many adventures, Dastan and the Princess marry.

The Lara Croft: Tomb Raider action-adventure video game series included multiple games that followed Lara Croft, girl-explorer who searched for archaeological artifacts around the world by crawling into caves, tombs and other types of ruins.

The gameplay focused on solving puzzles, exploring environments and navigating traps, all the while fighting enemies. The first game in the series was followed by the Angelina Jolie Lara Croft: Tomb Raider movie in which Jolie as Croft, sets out to solve a mystery of the sudden appearance of a mysterious clock. Lara learns that the clock is the key to retrieving an ancient object which has the power to control time.

Croft sets out for Cambodia and Siberia to destroy the objects before evil forces can exploit their power.

In 2003 Jolie returned to reprise her role in  Lara Croft: Tomb Raider – The Cradle of Life.

Phoenix Wright, the “Ace Attorney" of multiple games (initial release 2001), appears in the Ace Attorney movie (released in 20212) where the trial circus is put on display.

The original Ace Attorney games (six of them) give the player the opportunity of taking the role of attorney Phoenix Wright as he, his mentor Mia Fey and other defense attorneys try to get to the bottom of the truth of their cases.

The lawyers have three days to collect evidence and examine testimonies of the witnesses in order to get to the truth. At the end of the three-day trial, the judge hands down his/her verdict. Some versions of the game have the player taking the role of the prosecutor and of Phoenix’s ancestor Ryunosuke Naruhodo.

The Max Payne game was released in 2001 as a third-person shooter that followed the investigation of NYPD detective Max Payne who is investigating a drug trafficking case that involves a designer drug called “Valkyr”.

During his investigation Max becomes entangled in a conspiracy that involves the U.S. military, a major pharmaceutical company, organized crime and a secret society. The movie references the murder of Payne’s wife and child and the 2008 movie focuses on Payne’s resolve to revenge those killings.

As Payne zeros in on the killers, he is framed for another killing and, as he heads out on his own to investigate, starts finding connections between his family’s murders, the killing for which he is framed and the Valkyr drug.

The movie reimagines the game where Rose Da Silva takes her adopted daughter Sharon to Silent Hill to find out why she has begun to have nightmares. Rose gets into an accident and when she awakes, finds that Sharon has disappeared.

While searching for Sharon, Rose encounters monsters, witch-burning cult members and other victims. While father Christopher searches for his wife and child, the town seems to transition into a dark dimension and the town’s horrible secrets are revealed.