What’s Happening in the World of eGaming? 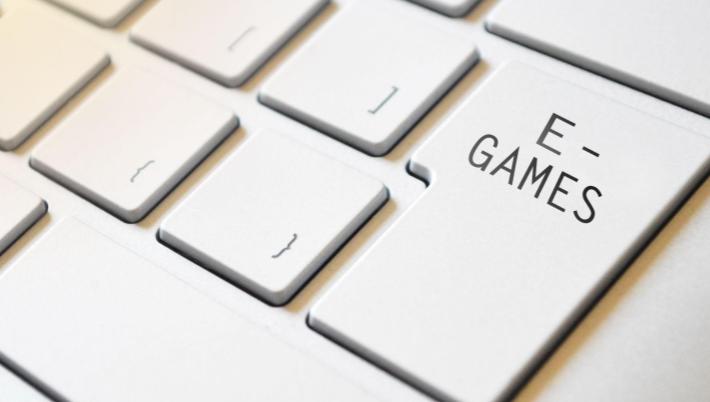 The egaming landscape is a fast-changing one. Users now immerse themselves in elaborate digital worlds that they control with their minds and their bodies. As technology advances, egaming and online casino gaming are looking at bright futures that  are set to deliver increasingly interactive and immersive experience for players on all levels.

One of the fastest growing segments of the egaming industry involves esports which is set to become the next prominent professional sport. By the end of the decade, if projections are correct, esports will out-perform traditional sports such as football and baseball and may even have a slot at the 2028 Olympic Games in Los Angeles.

All of this means that egaming companies will need to reach new core audiences, particularly Gen Z players. Gen Z provides one of the main demographics for today’s egaming industry and its importance will continue to grow in the coming years.

Enticing that age range to become more involved with video games through Bitcoin and other tech advances is the future of the industry. The combination of industry innovation and Gen Z gamers will created the changes needed to push the industry into a position as one of the world’s largest sectors of the 21st century.

One of the biggest changes coming to egaming involves VR gaming platforms. Apple VR and Facebook’s Oculus Quest 2 are on the cusp of producing gameplay that involves real-world and highly realistic visual experiences.

The VR technology will allow users to play physically, within the game, as opposed to playing as an avatar or a character. Some of the pioneering VR games include the NFL Pro Era where you take the place of the starting quarterback of your team and head out on the field to defeat your opposing team.

NFL Pro Era is the first-ever officially licensed virtual reality NFL football game. It was developed as a replica of a quarterback’s perspective. The player “becomes” the quarterback in authentic gameplay action and follows the quarterback both on and off the field.

Virtual reality is a whole new level of immersion and engagement. The real world and the gaming world meet, bringing new possibilities that, just 10 years ago, would have been labeled “science fiction.”

The esports sector of the gaming industry is one of gaming’s fastest-growing sectors. Thousands of players meet in online or physical spaces to compete in action-filled games. Aside from the tournaments, esports involves live-streaming gaming competitions and gameplay which are watched live by fans.

Gamers become “influencers” as they amass viewers and influence their audiences regarding gaming and other subjects. Players with large followings are able to leverage their influence by attracting sponsors which means that a top tier player can earn hundreds of thousands of dollars every year from streaming his/her gameplay.

The gaming industry has taken note of the fact that the 2018 League of Legends championships had a greater viewing audience than that year’s Super Bowl and the audience was much younger which is exactly the population that marketers want to target.

It’s predicted that industry revenues for esports will pass revenues for sports like football and basketball by 2030 which will make it the dominant professional sport worldwide.

Gaming acquisitions and mergers are having a positive impact on the gaming business. These unions provide the resources and the financing required to develop quality games quickly.

The industry’s mergers and acquisitions (M&A) is escalating. Big tech companies are paying huge premiums to acquire specific publishing studios so that they can put popular games on their platforms.

M&A enables gaming companies to enter new market areas without launching new business lines. They promote growth for both the game industry and the acquiring firm which expands investment prospects.

The wave of M&A is expected to grow because the gaming industry is seen as being stable long-term and revenue-wise, the mobile gaming platform has the quickest growth. Video game companies are spearheading ways to make money, publishers are speeding up growth through new business models and risk considerations are dispersed among all company partners.

Gen Z makes up approximately one-third of the global population and brands work hard to understand, reach and engage with this generation. While millennials experienced the introduction of the internet, social media and cell phones, Gen Z is seeing things like the evolving web3 and the metaverse. They are complete digital natives, generally tech-savvy and spend massive amounts of time on the Internet.

One of Gen Z’s main interests involves gaming. In a survey, 87% of Gen Z said they play video games at least once weekly and most play much more than that. For brands in the in-game advertising space, this presents a huge opportunity.  Gen Zers are likely to spend money in the gaming space including for in-game purchases. Brands are seeing a huge opportunity to cultivate lasting relationships with young audiences through gaming.

Attracting a young demographic is the marketing world’s dream and that’s exactly what the gaming industry is doing. Through live-streaming, video tutorials, social gaming, games that speak to the 15-30 age group and the new trend involving user-generated content, the gaming industry is becoming the consuit to the Gen Z market.

Ultimately, the egaming industry will continue to gain popularity and momentum as it positions itself as an industry-leading authority in the gaming world.