What's New in Land Based US Casinos? 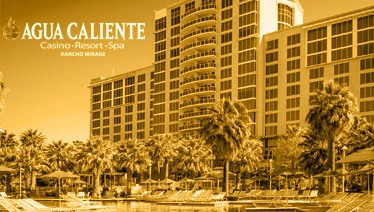 The US casino world continues to evolve and expand. What's one of the newest and brightest casinos on the scene?

The Agua Caliente Band of Cahuilla Indians recently announced that it is reviewing an expansion proposal that would enlarge its Casino Resort Spa facility.

The tribe has plans to add over three hundred new hotel rooms to the sort in addition to an additional  58,000 square feet of gaming space. The casino has been operating for 16 years and has already proved that it is a profitable venture for the tribe, bringing revenues and jobs to the region that's located approximately 2 hours east of downtown Los Angeles.

Planners would also like to see conference facilities added to draw conference events. Additional eateries and retail shops are also being planned.

Jeff Grubbe, Chairman for the Agua Caliente Band of Cahuilla Indians, supports the expansion, noting that there are still many decisions to make. He noted that  tourists ‘travel from around the globe to visit the Coachella Valley which is located near the city of Rancho Mirage. Grubbe reportedly told The Desert Sun that “We offer the finest in casino resort-style entertainment right here in Rancho Mirage and we are exploring several opportunities on how to expand this luxury destination experience.

The Agua Caliente Band is a sub-group of the Cahuilla Indians. They live on lands that were reserved for them near Palm Springs and Rancho Mirage, two tourist sites which bring the tribe's casino significant numbers of visitors. The tribe is focusing on that tourist market in its development of its cultural museum, spa and gallery and mixed-use entertainment and gaming district.

According to the local paper, the Desert Sun, the Agua Caliente Band of Cahuilla Indians came to an agreement with the state of California that gave it permission to open up to four gaming sites in addition to its existing venue. The agreement states that the tribe can offer a maximum of 5,000 gaming devices including skill-based video poker machines and slot machines.

The tribe will also operate off-reservation gambling facilities in the cities of  Rancho Mirage, Cathedral City and Palm Springs as well as on unincorporated Riverside County land.

Sean Smith, Economic Development Director for Rancho Mirage, was enthusiastic about the plans. "The Agua Caliente Casino Resort Spa is a tremendous asset to our valley. An expansion of the current facility is an exciting proposition that we look forward to learning more about as plans materialize.”

The agreement with the state follows the Supreme Court 1987 ruling that the principal of tribal sovereignty means that states cannot regulate gambling on tribal lands. The authority to regulate such gambling endeavors is, the Supreme Court ruled, solely in the hands of Congress.