What’s Next for New York Casinos? 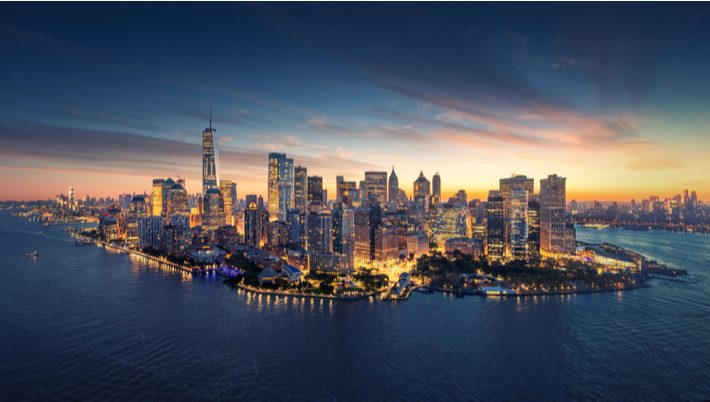 After years of wrangling, New York finally legalized Vegas casino online sports betting for all state residents. As of January 2022, New Yorkers located in any area of the state can place a bet on a sporting event via one of dozens of online sportsbooks.

The move changed the previous NY gambling scene in which gambling, including sports betting, was limited to three upstate casino venues. But even anti-gambling legislators could not ignore the huge revenues that neighboring New Jersey was enjoying from the bets of New York residents who were crossing the border to place wagers.

In six months, New York has become the biggest sports betting market in the nation. In the first 5 months of legalized mobile sports betting, $2.4 billion dollars in sports bets were placed, a $78.5 million bonanza for state coffers which is added to $200 million in license fees collected from sportsbook operators.

Now, the question is, will New York continue to expand betting and create a Vegas-style casino center downstate? Maybe casinos in New York City itself?

Midtown Manhattan is gearing up for the possibility of three new casinos in the Times Square area. If gambling advocates and casino operators have their way, Vegas-style casinos will soon be a featured part of the landscape amidst the New York skyscrapers  and bright lights of Times Square.

In April, buoyed by the success of the state’s nascedent sports betting industry, NY lawmakers approved up to three full-service casinos in New York City and the surroundig area. Officials tout this move as a way of creating new jobs, bringing in tourists and creating new sources of tax revenue for the state.

Decades after New Jersey created its Vegas-of-the-East in Atlantic City, New York is ready to open a market that could, potentially, transform the casino industry on the east Coast. In addition to Atlantic City, Boston, Philadelphia and other gambling-friendly East-Coast cities are watching the developments in New York with a wary eye.

Naysayers warn casino enthusiasts that the economic windfall that they’re anticipating may be over-optimistic. They point to evidence that suggests that casinos built in urban areas rarely reach the revenue projections that the operators project.

In addition, the economic benefits that the casinos deliver may not hold over time. In addition, negative impact on existing businesses, problem gambling behaviors and increases in crime are not figured into the origional optimistic forecast.

In 2020 Wynn Resorts opened a casino-resort near Boston. Enrique Zuniga, who was serving on the Massachusetts Gaming Commission when the Wynn casino was approved warns New York officials, saying “You will see projections from casino operators that need to be taken with a grain of salt.” Zuniga noted, however that he does believe that if the city and state are positioned to benefit even if the projections don’t pan out, the overall results will still be positive.

Currently the only retail gambling facility in the New York area is the Aqueduct Racetrack in Queen. The “racino” has horse gambling and video slot machines but there are no table games.  But the fact that last year, Resorts World had the most gambling revenue of any casino property outside Nevada, seems like a heaven-set sign to New York officials who are already drooling over the potential economic windfall that they believe could result from New York casino.

Planners are also looking at the Wynn’s Boston Harbor project which had hardly gotten off the ground when the COVID-19 pandemic restrictions hit.  Wynn Encore Boston Harbor is one of the first big resort casino projects to be built in a large urban area outside of Las Vegas and promoters hoped that the numbers would give operators a positive projection of what a New York casino could bring in.

However, the Encore’s numbers have been anything but encouraging – even before COVID, the casino wasn’t bringing in anything like what its target revenue had been set at.

Nationwide, casinos have rebounded after Covid-19 restrictions were lifted. In 2021 gambling revenue surged to record highs. Sted up with savings to spend flocked to casinos.ate Senator Joseph Addaboo Jr, a proponent of legalized gambling and a leader in the successful fight to legalize sports betting in New York said that New York “stands to gain billions in revenue.”

Addabbo Jr. is the chairman of the committee that oversees casinos. “Even if you don’t like gambling, you will benefit at some point from this,” he says.

Now that the theoretical question of whether New York casinos can open has been decided, the questions of “where, when and how” must be determined.  The state must decide whether casinos can open in NYC itself or only in the surrounding areas.

Currently, most casinos in America are in suburban or rural areas but the idea of bringing casino resorts to urban areas is gaining traction.

In addition to the Boston Encore, Philadelphia is getting ready to open a second casino and Chicago lawmakers have approved a proposed plan to allow a casino to be built in downtown  Chicago.

The move, like in New York, was made more palatable to legislators because they saw the benefits that the state and local coffers could enjoy from the flow of gambling taxes.

Jonathan Krutz, an emeritus professor at Boise State University who has studied casinos for decades cautions, “This is great money for government, but it’s not money from nowhere.”

In a 2017 paper, Kurtz summarized a study of casinos in 39 states. He concluded that local economies with casinos did not experience faster growth in retail sales. The casinos didn’t bring in new money but rather sucked in the money from existing businesses.

It will be several months before New York announces the sites where casinos will be built and the process by which operators can bid for a casino. Mayor Eric Adams has said he wants two of the three casinos to be located outside of Manhattan.