What's the History of Casino Gambling? 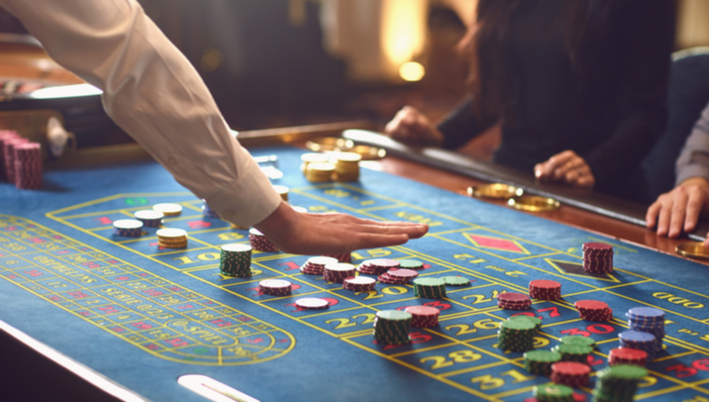 Archaeologists have found gambling implements dating back thousands of years in almost every ancient civilization from the ancient Chinese empires in the East to the Mayans and Incas of South America, the Egyptians of the Middle East and numerous African tribes. Gambling has been referenced in the Bible and is discouraged by many of the world’s largest religious groups though there is no clear prohibition in Judaism or Christianity.

The lure of real money gambling has been a major facet of almost every society, from prehistoric cavemen to Vegas online casino gambling of the 21st century. In the 1600s, a group of Italian businessmen decided to harness the interest by setting up a gambling house in Venice. The men who started the Il Ridotto envisioned their gambling den as a gaming center where people could bet on games during the renowned annual Venetian Carnival.

Entrance was limited to royalty and society’s upper classes, visitors dressed in their finest and guests were expected to order from an elaborate menu. The Italian government tolerated the casino because the taxes on its activities were a huge boost to the Italian economy but the Church spoke out vocally against such an “abomination” in its midst and in 1774, Il Ridotto closed.

Other countries, however, were not as influenced by the Church and they began to allow casinos to open within their borders. In 1765 Cardinal Mazarin supported the opening of a casino in Paris where the game of roulette debuted. Little by little, other countries allowed entrepreneurs to open casinos – many of which continue to function today.

Some historic casinos of note include:

The coastline of France’s southeast corner became known as the “Riviera” in the mid-1800s when wealthy socialites and European royalty began to travel there to vacation. The area, along the coast of the Mediterranean, surrounds the independent principality of Monaco which is a semi-enclave within the region. In 1856 Monaco’s Prince Charles III granted one of the 4 quarters of Monaco a charter which gave a joint stock company the right to build a casino.

The casino, Casino De Monte Carlo, opened in 1861. After the Riviera railroad was completed in 1864 the area around the casino was named Monte-Carlo and it became the playground of the world’s richest and most influential people. Heads of state, kings and queens and other wealthy and powerful people could be found sitting around the gaming tables making decisions about pact, wars and the world’s finances.

Even today, the Casino De Monte Carlo is regarded as one of the world’s most luxuriously beautiful gaming sites. The marble-and-gold casino is built in classic European Renaissance style with domed rooms and arches, expansive gardens that surround the casino building and an opera house where entertainment events are featured.   Dedicated gamblers can request one of the casino’s private salons where they can play their favorite games in a private atmosphere without surrounding noise.

Las Vegas got its start as a gaming mecca in the 1930s when Nevada defied the anti-gambling sentiment of most of the rest of the United States and legalized gambling.  Gambling was illegal in Nevada until 1931 but the combination of the decline in the mining industry, on which the state’s economy had been based, along with the population explosion caused by President Herbert Hoover’s 1930 appropriate bill that gave the go-ahead for the building of the Boulder Dam convinced state lawmakers that the state’s future might lay in establishing a gambling industry.

The first gambling venues were gaming dens which were built on the base of an already-existing illegal gambling market. That made it easy for the mob to get its foot in the door. In 1934 the city closed the gambling dens and investors started to build large, lavish and luxurious casinos. The very first of these casinos was the El Rancho which is no longer open.

But the Golden Gate Casino, which opened in 1946, is still operating as the longest-running Vegas casino to give patrons a chance to experience gaming entertainment along with Vegas history.
The casino has been remodeled multiple times but it still features the old-world flavor of 1940s Vegas along with modern conveniences such as modern rooms, a large slots room and dozens of casino gaming tables.

If you’re interested in experiencing what gaming was like in the Old West, head to the Deadwood Casino of Deadwood, South Dakota. At one time Deadwood was one of the gold rush towns and Old Main Street features bars, brothels and casinos where the miners spent their spare time and cash. Local historians preserved the Old West look of the town along with its flavor and character -- today Deadwood is listed on the National Register of Historic Places.

The casinos of 19th century Deadwood continue to operate. Today, anyone can enter the casino and play any of the games at any time. Choices include both the old-time poker and blackjack games alongside today’s 21st century slots which gamers enjoy, all the while knowing that they might be sitting in Wild Bill Hickok’s favorite chair, walking the path that Calamity Jane walked or standing at the bar where Potato Creek Johnny drank his beers.