What's Up in Connecticut? 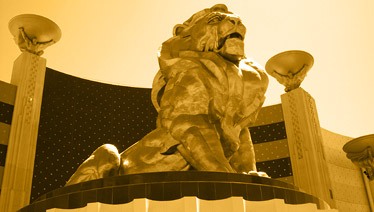 A bill that would have allowed MGM to build a new Bridgeport casino was shot down last week in the Connecticut State Senate, leaving the state with only its online Vegas casino for online gamers as well as two Indian casinos that are operated by the Mohegan and Pequot tribes.

The bill was aimed at bringing MGM into the state to establish a multi-million dollar casino resort in Bridgeport. The Connecticut House of Representatives passed the bill on May 4th 2018 but didn't reach the Connecticut Senate, meaning that the bill won't have a chance to be heard in the Senate until next year. Bridgeport Democrat Rep. Charlie Stallworth, said that “we would do the process again next year.’’

MGM is anticipating the expansion of its activities in the Northeast. The new MGM Massachusetts casino resort is set to open in August and, if the Connecticut legislature approves its Bridgeport plan MGM have another site in the region.

MGM's plan is to work with Miami-based developer RCI Group to build a $675 million waterfront casino in Bridgeport’s Steelpointe Harbor on the Long Island Sound. The plans are for over 100,000 square feet of gaming space and a 300-room hotel. MGM's plans are ambitious but the company is confident in its ability to make the Northeast a MGM center.

MGM's Springfield facility will compete with the Mohegan and the Mashantucket Pequot tribes which run Mohegan Sun and Foxwoods Resort Casino respectively. The two federally recognized tribes currently enjoy exclusivity over gaming in Connecticut. In answer to  MGM’s plan for a Bridgeport Casino they proposed an Indian casino to be located in northern Connecticut.

The bill's opponents said that allowing MGM to build the casino would threaten the slot revenue sharing agreement between Connecticut and the Mohegan and Pequot tribes. That agreement was negotiated in the 1990’s and provides for 25 percent of the slot machine revenue from the casinos to be turned over to the state. In return, the state agrees to maintain its prohibition on slot machines outside those of the 2 casinos. In one year alone (2016-2017) the two casinos enjoyed an annual slots revenue of $13.2 billion with winnings of $1.1 billion. That means that, in the 20 years since the agreement was activated, Connecticut has benefitted with revenues of upwards of $7 billion cumulatively.

The Bridgeport proposal that passed the Connecticut House of Representatives, HB 5305, called for an application fee of $50 million (refundable to unsuccessful bidders), an investment of at least $500 million and the creations of a minimum of 2,000 jobs.

Since HR 5305 didn't pass both houses of the Connecticut legislature it must be presented in the House of Representatives again and, if it passes, will need to be passed by the state Senate. MGM and RCI Group were optimistic, noting that “a year ago, the bill never received a floor vote…..this year it passed the House. That is significant. We realize that change is hard and takes time, and we respect the delegations’ preference not to dominate debate with this issue with much to accomplish in a short time in the session’s final hours.”

Tribal gaming began in 1986 after a court ruled that state bingo regulations did not apply on the tribe's sovereign land. The Mashantucket Pequot opened a high stakes bingo parlor on their reservation lands and expanded to include table games and slot machines. The Mohegan Tribe gained federal recognition in 1992 and opened its own casino in 1996.

Today these two venues – Mohegan Sun Casino in Uncasville and Foxwoods Resort Casino in Ledyard -- are the only casino options in Connecticut.  The two tribes are presently collaborating on a third casino which is planned to be built in East Windsor.

Additional Connecticut wagering opportunities  are available through parimutuel betting on jai alai, greyhound racing and horse racing at 16 off-track betting parlors (OTB parlors) that are operated by Sportech around the state. (these pari-mutuel wagering options are also available at the Mohegan Sun and Foxwoods casinos). Sportech does a brisk business in Connecticut – in 2015 the operation reported a total annual handle of $168 million with $125 million paid out for winning bets.

The Connecticut Park horse park was proposed to be built in Wolcott in the late '70s but was canceled after it failed to gain state approvals. OTB parlors began to operate in 1977.

Connecticut allows non-profits to conduct games of chance for fundraising purposes. These events include carnival games, raffles, pull-tab tickets (sealed tickets) and bingo games. Las Vegas nights (featuring casino games like blackjack and roulette) are not legal for non-profits in Connecticut – the state made these types of events illegal in order to block the opening of additional tribal casinos.

The Connecticut lottery was authorized in 1971 at the same time that pari-mutuel wagering was made legal. Lottery sales began in 1972 and include scratch card games, keno, lotto, Lucky for Life, Cash5, Play3 Play4 and CT Super Draw . Connecticut also participates in a multi-state Powerball and Mega Millions lottery.

Revenues from the state lottery go to fund services and programs funded by the state’s General Fund including libraries, public safety, public health, education and more