What to Expect When Hard Rock Casino Opens In Spain? 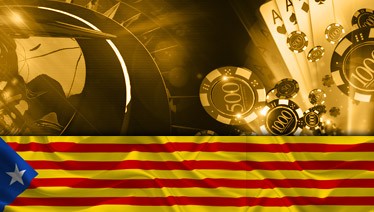 As casino entertainment expands in Europe the Catalonian Ministry of Economy and Finance announced that it has granted approval to Hard Rock Entertainment World to build an integrated casino resort in Spain's Catalan region. The resort will include Vegas games, luxury hotel rooms, shopping and entertainment.

The Hard Rock Hotel & Casino Tarragona is scheduled to be completed in 3 years and the project will begin to be built as soon as HRI secures the necessary building permits and submits a €10m deposit.

Gambling has been legal in Spain for more than 30 years. The Spanish Gambling Act of 1977 unified the law of the land regarding gambling which, until then, had been legislated by the 17 autonomous communities of Spain  – Andalusia, Aragon, Asturias, the Balearic Islands, the Basque Country, the Canary Islands, Cantabria, Castile, ÄìLa Mancha, Castile and Leon, Catalonia, Extremadura, Galicia, La Rioja, Madrid, Murcia, Bavarre and Valencian.

The Spanish Gambling Act coordinated gambling norms throughout the country though the autonomous regions continue to determine many of the regulations and policies related to gambling in their respective regions.

On a national level the Spanish Gambling Act regulates electronic, interactive and online gambling as it relates to the Internet, landlines, mobile phones and television. The act also regulates the national lottery which operates through LAE and ONCE.

Some of the major points of Spanish gambling laws include:

Hard Rock is one of the most expansive casino sites in the world, operating individual casinos and casino-hotels in both the United States and in Canada, in South and Central American countries of Mexico, Panama and the Dominican Republic, in Indonesia, Singapore, Thailand and India in Asia and in Switzerland in Europe. Plans are underway to build additional venues in the United Kingdom, Brazil, Germany and Malta.

When the Catalonian casino is completed it will join Hard Rock's two existing Spanish casinos, one at the Ibiza Hotel and one at the Tenerife Hotel.  The plans call for the casino to include 100 gaming tables and 1,200 slot machines plus 1100 hotel rooms, a swimming pool, a 15k –seat theatre and retail shopping. It is scheduled to be built on a 745,000 sq. meter parcel of land in Vila-seca and Salou (Tarragona), near Barcelona’s international airport.

The €2,000 million global investment (which includes the cost of land and infrastructure) is estimated to potentially provide an annual €1.3b boost to the local economy. It will be developed in phases over the course of the next 3 years.

Originally Hard Rock had teamed with Melco International Development to bid for the Catalan project. Melco backed out to focus on its plans for building a casino on Cyprus, leaving Hard Rock to pursue the project on its own. Hard Rock International CEO Jim Allen said that HRI was “proud” to have been given the “opportunity to bring our world-class entertainment brand to the region.We're honored to work with the Catalan government on the creation of Hard Rock Entertainment World and look forward to bringing first-class entertainment and hospitality experiences to the region."

The Catalonian Hard Rock Casino will be one of the largest hotel-casinos in Europe.

In addition to the new Hard Rock Casino that is being planned for Catalonia there are several other luxury casino sites in Spain. Two noteworthy casinos include

Casino Barcelona is located near the sea. The building has 2 floors with slots upstairs and table games and poker downstairs. There are 3 restaurants with a variety of types of food plus a weekend buffet. The casino charges a small entrance fee to enter but players can download free coupons and enter for free. Non-nationals must show their passport to enter the casino.

The Torrequebrada Casino is located in Málaga in southern Spain. This is a small casino with cash games and low-betting games through most of the day. The higher-betting games begin later in the evening.  Tournament games are offered daily. The casino staff is friendly and the restaurant downstairs has excellent ratings.