What Were The Granddaddies of Today’s Popular Games? 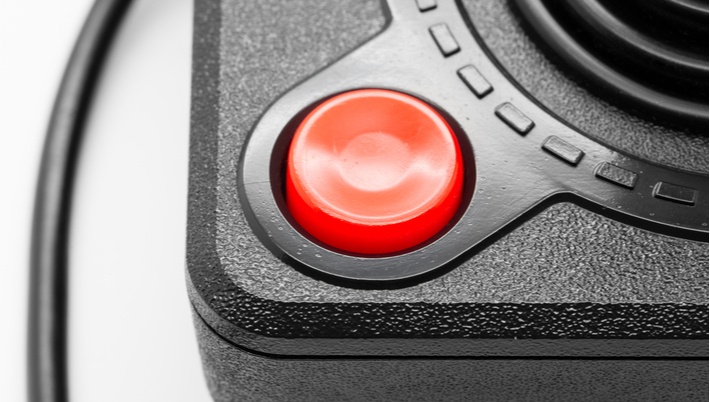 If you’re a gamer of the 2020s you might be interested to learn more about the origins of the games that you enjoy today. From social media games to online Grande Vegas Casino login casino games, esports games and video and console games, the origins of today’s gaming ecosystem evolved from the electronic games of the ‘80s. At that time, arcades were the epicenters of many of the day’s most popular games while, if you wanted to play from home, you would need cumbersome equipment and a large area to set up.

Still, serious gamers might want to explore some of the history of the electronic games of the past to gain a better appreciation of today’s gaming hardware, software and cloud gaming offerings.

The Game Boy launched in 1989 but prior to that auspicious date, portable gaming consisted of cheap handheld electronic games. Those units generally consisted of LEDs,pre-fabricated LCDs or vacuum fluorescent displays (VFDs) for visuals which limited play to one game each.

Graphics were unchangeable and frozen with illuminations occurring whenever  a specific event occurred during the game. The audio consisted of bloops and beeps and controls weren’t as responsive as home console controls. But people could play them on the go and that’s what they wanted.

The 80s were a period of technological development and rapid growth of the games industry and arcade games led the genre’s influence on the culture of the era. Space Invaders was released in 1978 which led to other shoot ‘em up games and new computing technology that featured lower costs and better technology.

Video game arcades opened, offering  channels for new games and a new feature for popular culture. In addition to the shooters there were racing games, maze chase games and platform games (remember Donkey Kong anyone?) Some of the most popular games of this era starred named characters, many of whom became popular in other areas of the media (cartoons, movies, etc).

Consoles were brand new in the ‘80s but those that did emerge, including the Sega SG-1000, the Nintendo Family Computer Disc System, Atari 7800 and PC Engine TurboGrafx were the prototypes for much of today’s video gaming industry.

In the early days, games were clones of existing arcade titles. When third-party publishers entered the market, games changed as bold, unique titles became available and the transition of the focus of the gaming world from arcades to home consoles caused a huge video game industry crash.

Casino games didn’t become widely available online until the 1990s when early online casinos brought the games to the Internet. Slot machines, however, could be played at casinos and other venues, such as race tracks and dedicated slots rooms. Those ‘80s slots were still three-reel, five-payline slots that offered little in the way of graphics, bonuses or storylines but multiple opportunities to trigger payouts on every spin.

Slot machines were tremendously popular in the ‘80s which, in turn, made them the perfect feature to get the online casinos of the ‘90s up and running.

Some of the most popular games of the ‘80s included the following:

Super Mario Bros. Game and Watch  was released by Nintendo in 1988 as a handheld electronic game which launched the  Game & Watch units that were tied into the original game.  The console game was faithful to the look and feel of the original game which had appeared as part of Nintendo’s Wide Screen and Crystal Screen series.

It came with a case that looked like Diskun, the the Family Computer Disk System. The Crystal Screen version featured a transparent screen and didn’t have a Game B.  The overall plot followed the Super Mario Bros. console game but the handheld game is shorter and simpler.

Pac Man was a wildly successful arcade video game whose simplicity belied its powers of addiction. The action maze chase game allowed the player to control the Pac Man character as he made his way through an enclosed maze, eating the dots placed in the maze while avoiding the four colored ghost-type figures -- Pinky (pink),Blinky (red), Clyde (orange and Inky (cyan) who pursued Pac Man through the maze.

The ghosts’ abilities increased through the levels as the game’s pace increased and there were multiple bonuses to be achieved.

The Contra scandal of the Reagen era may have been a disaster for Reagen’s administration but for gamers, it was a hit Contra combined the kind of action from movies like Predator and Rambo along with a basic storyline that focused on the good guys getting the bad guys to help get the video game industry started.

Players armed themselves with weapons and power-ups to invade an island and defend humanity against an army of aliens and mutant soldiers.