Which are the Best Superhero Games? 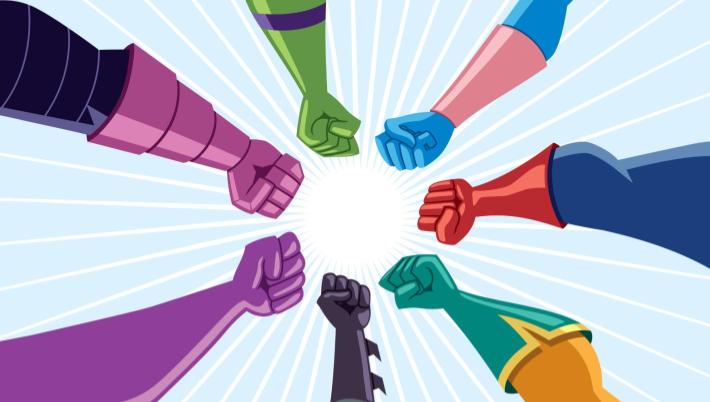 Ever since Mark of Zorro, the first superhero movie, was released in 1920, consumers of mass media have been enthralled by the exploits of individuals who use their extraordinary powers and abilities to protect the public. The combination of action, fantasy, adventure and science fiction appeals to viewers who often imagine themselves in the roles of these protectors.

Prior to the era of digital gaming there were board games and card games that allowed superhero aficionados to enjoy a more interactive superhero experience. Once development of online casino - including our Grande Vegas no deposit bonus codes - and video games began, the possibilities for superhero-inspired game events became endless.  Today you can find digital superhero games for PC, console and mobile gaming entertainment on every level and for every budget.

Some of the best of these superhero games include:

Not only is Insomniac’s 2018 Spider-Man widely believed to be among the best superhero games on the market, but fans are also excited because the once-PlayStation-exclusive has now been remastered for PC and will be available from August 12, 2022.

With Spider-Man, Insomniac Games delivers a storyline that pays as much attention to Peter Parker as it does to his alter-ego, Spiderman. Highlights of the game include webswinging mechanics that give the players a true sense of Spiderman’s spidery abilities.

Spiderman leaps, swings and lunges through the concrete jungle that is meant to represent New York while gameplay includes takedown scenarios and light puzzle solvings.

Each of Spiderman’s suits comes with its own powers and, once unlocked, each power can be used independently. It’s hard to imagine a game that’s more inventive than the movie but, if possible, this one would be a front-row contender. All of which makes the announcement that development is progressing with Spiderman II that much more exciting.

Marvel’s Avengers, published by Eidos-Montreal, delivers an action-looter that’s full of superhero flavor. The developers have come under fire for the endgame loot grind that adds little and detracts much but if you stick to the “Reassemble” campaign you’ll get more than you bargained for.

In this game, every hero brings a distinctive style to their combat but you can swap between them as you wish. Captain America, Black Widow, Iron Man, Ms. Marvel, Hulk and Thor deliver a great story along with a fun superhero beat-em-up.

The different Avengers take turns striking at the evil A.I.M. organization where the bad guys use robots and science for their nefarious purposes.

Above all, the game delivers satisfying character interactions and a solid storyline including the introduction of Ms. Marvel who surprises with superpowers of her own. The plot may be simple but the campaign is highly satisfying.

The Daybreak Game Company is responsible for DC Universe Online which you can play on Nintendo Switch, PC, PS3, PS4, PS5, Xbox 360, Xbox One and Xbox Series X. Taking the DC Universe to the gaming screen might be questionable because it might seem tricky to play a game where everyone’s a superhero.

But this inventive game, where players create their own superhero, makes it worthwhile to venture into the open world to fight against perpetual doomsday. DC Universe Online is an action-packed RPG from 2011. Thanks to updates, makeovers and purchasable DLC packs today this game is better than ever.

This game’s highlight is its character creation opportunity where, if you don’t want to use an existing DC character as a template, you can design your own custom hero or villain from scratch.

Once you get out on the field you’ll be punching the bad guys to start but soon enough, you can start leveling up to add skills and powers from the well-stocked skill tree.

You don’t always get the powers that you want however so that’s something to take into account as you set out on your quests. The quests might not be as challenging as you would like but when you get to dungeon encounters you might find yourself taking down villains along superpower elites including Poison Ivy and The Flash.

The Wonderful 101 by Platinum Games features a light-hearted storyline along with eye-catching aesthetics and earth-shaking explosions  that makes it fun to direct your 100-strong team of superheroes into battle the aliens who are trying to take over the world.

The game involves The Wonderful 100, a group of tiny heroes which you can morph  into the shape of a weapon with your draw tools – a straight line is a sword, a circle is a fist, a curvy line becomes a ship and an L-shape transforms into a gun.

The weapons then interact with the enemies in the virtual world which combines with a visual language that tells you when you need to switch to the whip, when to reflect the sword, when to use a gun to suck up a bomb, etc. Everything is intuitive which heightens the challenge.

You have to figure everything out from what weapons to use when, which glyphs to draw how and how to identify the enemies’ weaknesses. In the remastered version, it’s a little easier, specifically with the Block and Dodge Button. A fun game for those who are prepared to make the effort.