Who are Gaming Influencers and Why Have They Become So Important? 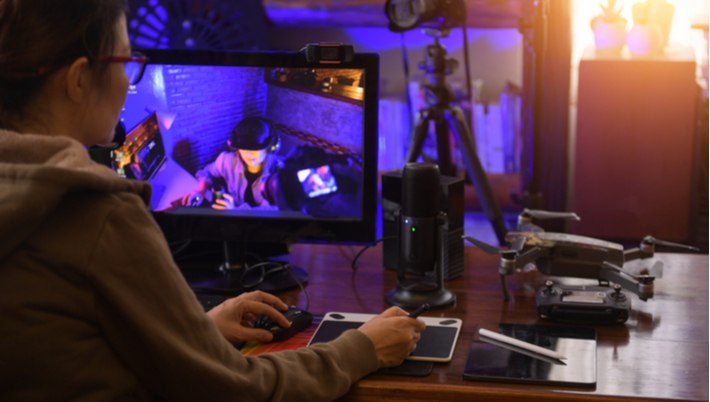 In recent years a new group of gamers has emerged in the video and online casino gaming ecosystem. Gaming influencers are gamers who play video games or at social media online casinos who infuse their channels with talk about the games that they play, their lifestyle, outside interests and issues that come up in the gaming world. Their streams include advertisements for their sponsors – gaming companies that make gaming hardware and software and other types of products.

Some of the biggest brands now advertise via influencers. They are tapping into the fantasies of young people who are fascinated by the behind-the-scenes world of competitive gaming. In the same way that previous generations attended sports games, read everything that they could find about their favorite players, bought merchandise that featured their favored teams and players and bought tickets to attend games, under-30s of today are passionate about gaming and electronic sports.

These young consumers watch influencers on Twitch, YouTube and Facebook Gaming as they follow their favorite esports teams’ and players’  stats and root for their favored competitors. They are living in a world in which gaming has taken a center spot and their heroes now appear digitally alongside sport, film, TV, music and other mainstream celebrities.

None of this has escaped the attention of major brands which are sponsoring these new rock stars in return for the influencers’ endorsements of their products. The influencers peddle the brands by hosting digital shows, leading sellout events and acting as spokespersons, all of which is aimed at driving engagement forward.

Gaming and esports is showing formidable growth from one year to the next. Millions of fans and followers watch the influencers, demonstrating the mind-boggling amount of power that some of these gaming influencers hold. One, 23-year-old Mr. Beast, has 63.1 million followers and through his videos he’s raised $20 million to plant trees, launched a burger chain and used drones for ecological purposes.

Sports stars have engaged fans by participating in alternate media channels to become “influencers” – Donald Glover rapped as Childish Gambino and Michael Jordan stared in the fun-filled Space Jam. Now gaming content creators are  getting in on the act.

Some gamers chat their way through their streams while others create spectacles – influencer Logan Paul from YouTube drew a huge crowd when he fought boxing legend Floyd Mayweather, Corpse Husband partnered with Machine Gun Kelly on a song (launching new merchandise that sold out within minutes), Loserfruit championed bushfire relief in 2020 while acting as global brand ambassador for Elf Cosmetics…..and on and on.

The audiences are growing from one year to the next – on Twitch, the number of viewers was 1.07 in 2018 – today it’s 3.02 million.   Gaming influencers have become strategic partners for brands both within and outside the gaming industry. Brands have come to especially prize male influencers because young men are a particularly hard-to-reach niche for marketers.

Partnering with a gaming influencer isn’t suitable for every brand but if you think that teaming up with an influencer can boost your product’s sales, give it a go!

To launch a gaming influencer campaign: