Who's Buying SLS Las Vegas (aka the infamous Sahara Hotel)? 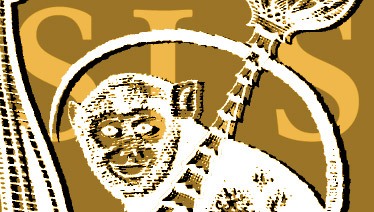 SLS Las Vegas Hotel and Casino will be sold to the Meruelo Group, a privately-held management company that has big plans to add Vegas games and new facilities and features.

The Nevada Gaming Commission approved the sale late last week and the sale, which was originally announced in late 2017, is expected to be completed within a week. SLS Las Vegas has been struggling for a number of years but Alex Meruelo believes that his plans will stem the losses and turn SLS around.

SLS opened in 2014 but it never turned a profit. 60 Chinese nationals, who lent money to the project in exchange for U.S. citizenship, charged that the casino-resort was on the "verge of Bankrupcy" and demanded the sale to allow them to recoup as much of their $400 million investment as possible.

The loans which were given to these Chinese nationals were organized under the EB-5 Pilot Program. The program offers a way for foreign nationals to obtain U.S. citizenship if they invest $500,000 in “at-risk’’ large-scale projects with the goal of creating jobs. Together with a $45,000 administration fee and yearly management fees each investor sunk the required $500,000 into SLS, expecting a return on the capital plus a 0.5% interest rate.

In their lawsuit which was filed November 30th in the Los Angeles Superior Court, the investors say that none of them received a Green Card. They all contributed to the second portion of the investment package, known as Phase II.

They are seeing $255 million in damages from SLS plus attorney fees and other costs.

In May SLS's owner, the Stockbridge Capital Group, agreed to sell the casino to the Meruelo Group as part of an attempt to settle the lawsuit. Meruelo already owns the Grand Sierra Resort in Reno and is ready to expand to Las Vegas. . Stockbridge had been pumping millions of dollars a year into the SLS to keep it afloat. They are hoping that the sale will save them from bankruptcy.

The Meruelo purchase was delayed by an inability to reach an agreement with the Chinese investors. Now that the Nevada Gaming Control Board has approved the sale, Meruelo will try to renegotiate the loans which are scheduled to come due in 2018 and 2019.

Meruelo has offered to repay the Phase II Chinese investors in 2023. That means that, rather than receive their $200 million plus interest, they will receive 14 percent of the casino’s equity value.

In addition to the Chinese nationals' loan, there is a separate $185 million loan that was invested by a separate party. That must also be negotiated.

Alex Meruelo, founder of the Meruelo Group, was quoted as saying that they have been "looking forward to this day with great enthusiasm...." They are thrilled to be acquiring the SLS Las Vegas property which is a fantastic asset with tremendous potential.”

The Reno-based Meruelo, whose gaming and hospitality properties include the Reno Grand Sierra Resort and Casino, expressed particular pleasure at the opportunity to own a property on the Las Vegas Strip. The Cuban-American plans to invest as much as $100 million to revitalize the property which once operated as the Sahara Hotel and Casino.

Meruelo spokesman Christopher Abraham elaborated, saying that the money will be spent on refreshing the slots machines, upgrading the rooms, brightening the gaming floor and redesigning the pool.

Meruelo sees the investments in the upgrades and redesign as a way to make the property profitable. Meruelo feels that “The capital investment is something that will make a dramatic impact. Things are already turning around, and I am very optimistic.”

The Glory Days of the Sahara Hotel

The Sahara was, in its day, the premier Vegas casino. It hosted some of the most popular names in Hollywood including the Rat Pack crew – Frank Sinatra, Dean Martin and Sammy Davis Jr. It's 24-story Alexandria Tower, which was built in 1963, made it the tallest building in Nevada.

When Caesar's Palace Las Vegas opened in 1963 the Sahara's days started to be numbered. There were five different owners from 1962 to 2011. SBE Entertainment Group and the Stockbridge Real Estate Group acquired the casino-hotel in 2007 but the new owners deemed it unviable and closed it in 2011. EBE Entertainment sold their stake in 2015, franchising the property to SLS which has now sold it to Meruelo.

Some observers suggest that Meruelo might want to change the name back to the Sahara to recreate the glory days of old.

Upon purchase the SLS casino-hotel was reportedly operating under a $585 million debt. This sum included a $500 million debt to the Chinese nationals  and $185 million in senior debt to Mesa West, a Los Angeles-based privately held portfolio lender.

Sinatra, Martin and Sammy may not be returning to their old stomping grounds but the next 5 years will indicate whether Meruelo will be able to return the site to its glory days.