Who's Responsible for Gambling Addictions? 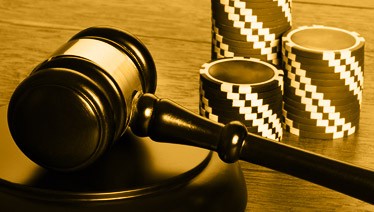 A court ruling in Austria regarding a casino's responsibility for a gambling addict's losses may compel other countries to review their own policies. Most countries protect the casino businesses by limiting casino's culpability for gambling addicts' losses.  Now there's more pressure on the Grande Vegas casino and other land-based and online casinos to act more carefully to exclude compulsive gamblers from the games.

The Austrian Appeals Court has ruled that the two casinos where compulsive gambler Christian Hainz lost almost half a million pounds must reimburse him for his losses, based on their failure to keep the known gambling addict out of the casino. Courts in other countries are reviewing the Austrian case as they consider who bears responsibility for fueling a gambler's obsessive gambling behaviors.

There have been several cases in the United States that have tested whether casinos have a legal requirement to stop compulsive gamblers from gambling. So far, in all of the cases, the courts' rulings have supported the casinos in their refusal to accept responsibility for the behavior of the gambling addicts who visit their casino locations.

The courts have consistently found that casinos have no legal requirement to stop obsessive gamblers from gambling. The casino industry's argument, which is supported by US courts, is that liability for stopping excessive gambling rests with the player. The legal term used to describe protective obligation is "duty of care" and in the US, the casinos are free from this obligation.

In states where casino gambling is legal, there's generally a requirement that casinos facilitate "self-exclusion" programs. These programs allow addicted gamblers to request that the casino exclude them from the casino, either temporarily or permanently. Casinos are expected to make a "reasonable" effort to enforce the ban. If, however, the gambler gets in the casino – and the state -- are absolved from accountability and liability. Even when a player signs a self-exclusion form, there's language on the form that releases the casino from responsibility if the gambler returns to the casino.

According to US courts, the state-granted protection for casinos serves as sufficient evidence that state lawmakers had pathological gamblers in mind when they created these self-exclusion programs. Casinos, the courts have said time and time again, do not bear responsibility to prevent an individual from gambling. According to this reasoning, if casinos aren't making a "reasonable" attempt to keep self-excluded gamblers away they should be penalized by state regulators, not by lawsuits.

Terry Noffsinger, a personal injury lawyer who sued Mountaineer Casino and International Game Technology in 2014 on behalf of a widow whose husband killed himself over his gambling debts, said "the elephant in the room is the fact that the state of Indiana gets $350 million a year from gaming taxes."

The case made its way to the Indiana Appeals Court which handed down a verdict that favored the casino. However, Judge Terry Crone, who dissented from the majority, wrote "It seems clear that both the casinos and the state share a common interest in gamblers -- pathological and otherwise -- losing as much money as quickly as possible,,,,,.public policy to protect the vulnerable, as well as Riverboat's "repugnant" pursuit of Kephart to gamble, warrant the establishment of a duty of care by casinos toward pathological gamblers.".

The majority of the court, however, ruled that there's nothing wrong with a casino enticing an addicted gambler. They wrote that "common sense tells a reasonable person and all gamblers, compulsive or otherwise, that the house usually wins." The Appellate Court's decision was upheld by the Indiana Supreme Court.

While the US courts have been fairly unanimous in their rulings on "duty of care" the situation is more fluid internationally. In addition to the Austrian court's ruling, Canadian courts have shown sympathy to cases involving obsessive gambling behavior. In Quebec the gambling commission reportedly paid millions of dollars to settle a class-action lawsuit in which obsessive gamblers claimed that they didn't receive adequate warning about the addictive potential of slot machines. Similar suits have appeared in Ontario with an Ontario judge ruling that the self-exclusion agreement between Treyes and the casinos amounted to a contract.

Self-exclusion doesn't seem to be the answer. For example, in Pennsylvania, 2000 people asked to be kept out of casinos in the state but according to prevalence studies, the state has more than 378,000 addicted and at-risk gamblers. In the United States, casino operators say they have no reliable way of determining who is a problem gambler. That's questionable since some researchers have noted that casinos collect extensive "player tracking data" from every slots gambler who plugs a loyalty card into a machine. That data could be used to identify problem gambling behavior.

Les Bernal, Executive Director of the Stop Predatory Gambling anti-casino gambling organization, says that the casinos are lying. "They track how fast you play. They track how much you wager. The idea that they don't have profiles for people who are out of control is beyond naïve" Bernal said

Plaintiffs' lawyers might be able to show that casinos knowingly allow -- or even target through marketing come-ons -- problem gamblers, specifically slots players, if they could get their hands on the data. Some legal analysts suggest that this data might also indicate whether certain slot machine models are more conducive than others to addictive gambling behavior.

John Warren Kindt, a University of Illinois professor of business and legal policy, says "the recurring nightmare for every casino and slot machine executive is that an insider will come forward with the documentation." Kindt studies casino liability issues and is a long-time gambling critic. "The casinos are like tobacco -- they can't afford to lose one case on that issue, because if they do, the floodgates are open."

Kindt says that if there's enough compelling evidence to show that casino operators are exploiting addiction, it would take a state government to  successfully confront the well-funded gambling industry. That's not going to happen while the states reap hundreds of millions of dollars in casino profits.