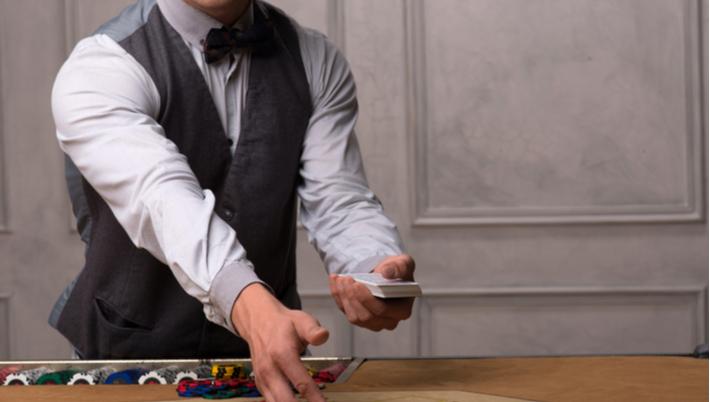 Gaming tribes from around the United States have started to set up shop in Las Vegas in an effort to establish on and reliable revenue for the future. The tribes, which all own successful gambling establishments in their own states, are expanding operations into gambling’s mecca in recognition of their growing power and influence in America’s gaming industry. Some of the tribes are dabbling in the online casino realm like our own Grande Vegas casino login gaming but others are focusing on operating traditional land-based casino gambling in Las Vegas itself.

Tribal gaming in America dates back to the 1970s when the Seminole tribe of Florida opened bingo operations to raise funds for tribal operations. Other tribes in other states followed suit even as authorities tried to close down the operations, arguing that the tribal government didn’t possess the authority to operate gaming independently of state regulation.  The issue bounced around the courts for years until the US Supreme Court ruled in California v. Cabazon Band of Mission Indians, 480 U.S. 202 (1987) that tribal governments did in fact have the authority to establish and regulate gaming operations independently if the state already permits some type of gaming.

That ruling obligated Congress to take up the issue of how to regulate tribal gaming on a federal level. In 1988 Congress passed the Indian Gaming Regulatory Act in which Congress tried to bring tribal and state interests together. States and tribes would be obligated to negotiate compacts for Class III gaming (blackjack, craps, roulette and slot machines) while reserving the regulatory authority of the tribes.

The compacts set out the conditions and obligations of both the state and the tribe for tribal gaming establishments that provide Class III gaming on Indian lands including licensing of gaming employees, sources of financing, employee rights and benefits, standards for public health, vendors, workplace safety, building safety, environmental protection, audit requirements, technical standards for gaming devices, payments to the State and to tribes with limited or no gaming and other aspects of  protection and regulation of facilities, employees,  patrons, employees, game integrity and assets.

The Compacts also establish a mechanism for resolving disputes between each tribe and the State, between gaming employees and tribes, and between patrons and tribes.

Additionally, the National Indian Gaming Commission was  established to oversee compliance with the terms of the  IGRA.

Tribes like the Shakopee Mdewakanton of Minnesota may make headlines as their members collect tens of thousands of dollars every month from the tribe’s casino operations but most tribes are struggling to hold on. However, like any other industry anywhere in the world, they see their future in growth and that means  -- Las Vegas.

In 2018 the Mohegan Sun of Connecticut, operated by the Mohegan Tribe, partnered with Richard Branson and a group of investors to purchase the Las Vegas Hard Rock property. In September 2019 Mohegan Gaming & Entertainment was contracted as the licensed operator of the casino and opened it as the Virgin Hotel Las Vegas.

The San Manuel Band of Mission Indians of California and the San Manuel Gaming and Hospitality Authority finalized purchase of the Las Vegas Palms Casino Resort from Red Rock Resorts, Inc. in December.

Explaining the decision, Laurens Vosloo, CEO of the San Manuel Band of Mission Indians said that the overall goal of the tribe is to establish ongoing and reliable revenue for the future. Expanding into Las Vegas fits that objective. “We spent the last two to three years taking a serious look at everything in Las Vegas and realized that that’s a place to be from a gaming standpoint,” Vosloo said. “We know Vegas continues to grow and is an exciting town to be in, and it’s got a lot of long-term potential. So it made a lot of sense for us.”

Vosloo added that the new owners plan to focus more on the gaming side of the business as opposed to the nightlife. “We want to focus on the gaming experience that is supported by the wonderful restaurants and bars and entertainment and amenities that are there right now.”

Some observers are questioning why tribes are investing in Vegas at a time when the casino industry is in flux.  But the tribal operators feel confident that they understand the mistakes that were made and are prepared to address how to move forward.

In explaining the decision to buy the Las Vegas Palms Casino Resort, Vosloo noted that the tribe had studied the matter extensively before coming to the decision that the previous owner’s focus on the nightlife was a major contributor to the resort’s financial problems. CDC Gaming Reports Executive Director Howard Stutz studied the tribe’s interest in buy and concurred with their decision.

“[Red Rock Resorts] admitted they overspent on the nightclub,” Stutz said. “They spent about $360 million to buy the Palms.  Then they spent ... almost $700 million on the renovation” in their attempt to cater to both types of Strip visitors – tourists and locals. “And it missed the mark. They realized that the nightclub industry -- we’re talking about 2019 -- was pretty overcrowded.”

Those mistakes could turn into big wins for the new owners by giving the new Red Rock a renewed opportunity to cater to locals.

“Now, Red Rock has said they’re going to … use some of the proceeds from this and turn their attention towards maybe a casino off Durango and the 215, another locals’ orientated property in a market that is underserved,” said Sturz. The San Manuel Band of Mission Indians will, once they get their Nevada gaming license, have a recently remodeled casino where they can bring their loyal customers from California.

Vosloo noted that the San Manuel Band of Mission Indians already has a strong track record in California and believes that it can employ many of those same successful strategies in Nevada.

“We’ve got very nice amenities and currently building our amenities and capabilities for our current customers, but giving them that unique -- what we call thrilling slot and table game experience -- is a key element for us,” Vosloo told KNPR Nevada Public Radio. “We want to bring some of that to Las Vegas to the locals and our customers that we know continue to go to Las Vegas.”

Vosloo notes that, in entering the Las Vegas scene, gaming tribes raise everyone’s game, including their own.